The Uncomfortable Truth About Coconut Oil 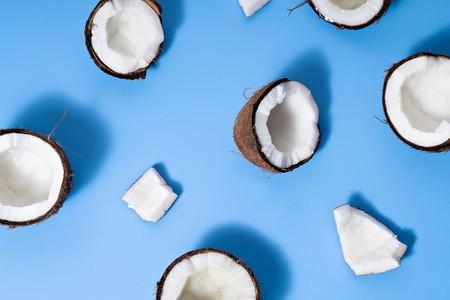 Okay, so here’s the thing. This may be a bit uncomfortable, but it’s something you should know: coconut oil is a saturated fat.

A new advisory from the American Heart Association says that 82 percent of the fat in coconut oil is saturated fat. Compare that to 39 percent in pork lard and 50 percent in beef fat, and things are looking pretty bleak for coconut oil, which is oft touted as one of the healthiest oil alternatives. “Because coconut oil increases LDL cholesterol, a cause of CVD [cardiovascular disease], and has no known offsetting favorable effects, we advise against the use of coconut oil,” the advisory report states.

So why do people believe coconut oil is healthy? It’s probably because there’s a belief that the benefits of the oil far outweigh its possible unhealthy consequences. But that’s not exactly true. A study published just this past April in the European Journal of Nutrition found that coconut oil didn’t do as much for weight loss as previously believed. It didn’t increase metabolism to help overweight study participants drop excess weight at all. And it actually ended up being not much different than olive oil.

All fat is not created equally and saturated fat is particularly bad for you, especially in large amounts. But replacing coconut oil with peanut or soybean oil can help reduce your risk of heart disease.