Cigarettes After Sex Get Real About Love and Relationships 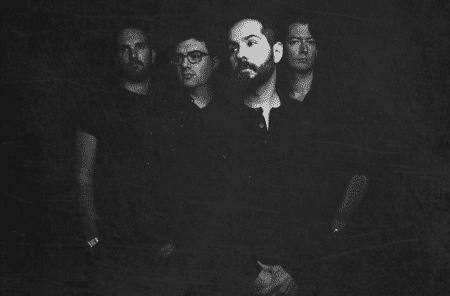 Greg Gonzalez came up with the name for his band one night in bed with an ex-lover. He never smoked until he met her but soon started to indulge in a cosy post-coital toke or two. ‘It was a friends with benefits relationship,’ he explains. ‘She would always smoke when we were together and got me into it. One night we were together and it just flashed across my mind. It was literally what we were doing.’

We’re sitting in a room backstage at London’s Koko, where he’ll be playing later that night. It seems gloomy even though it’s a bright, sunny day outside. Somehow, that seems fitting. Cigarettes After Sex make music that demands to be listened to curled up in the darkness or while you’re slow dancing sleepily on an empty dance floor with that someone special. Their brooding dream pop has a deeply seductive quality to it as addictive as, well, nicotine.

Then there’s frontman Gonzalez. He looks like a skittish foal, clad all in black, as he perches on the edge of the sofa. He talks quickly in a rapid-fire monotone, which comes as a surprise once you’ve heard his music. When he sings, his voice is almost babyish, hovering somewhere between delicate and languorous. The kind that easily makes you swoon.

The band have been a slow burn success. Originally formed in 2008 in El Paso, Texas, they released an EP I. back in 2012, which didn’t really take off until suddenly last year when it blew up on YouTube. Videos for the tracks ‘Nothing’s Gonna Hurt You Baby’ and ‘Dreaming Of You’ have racked up 55 million and 14 million views respectively, so far. Even so, they’ve taken their time bringing out their debut self-titled album, which is being released next week.

Gonzalez admits he was shocked at the band’s sudden success. Up until then he’d been working in a cinema and as a session musician to make ends meet. ‘I was in disbelief. It feels like it happened to me later in life than most people. It felt like a long time coming. I was really emotional when it finally happened. It felt like I was always taking shots in the dark before when it came to the music industry. I didn’t know how to get from my level to the next level.’ 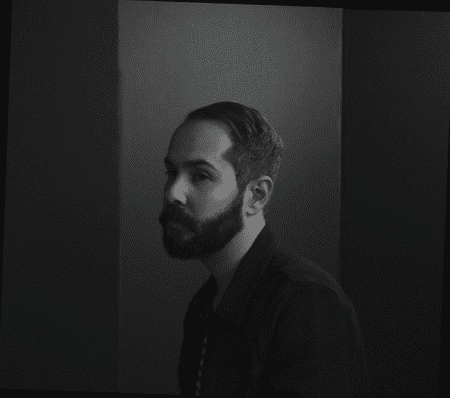 The singer describes his music as ‘slow romantic ballads’ and claims he’s more inspired by 60s bands than acts like Slowdive, Mazzy Star and Beach House, who Cigarettes After Sex are often compared to. His songs are littered with memories of his former girlfriends. Talking about the inspiration behind the tracks, he says: ‘They’re about romantic relationships for the most part and how I deal with them and what they mean to me. It’s very much a record about love and people that I’ve known.’

They are songs filled with tender yearning for better times. A deep nostalgia pervades each and every one. They’re romantic but forlorn at heart. ‘Nothing’s Gonna Hurt You Baby’, for example, offers a bittersweet snapshot into a past relationship where Gonzalez and his ex would muck around and just be silly together.

‘Everything in that song really happened,’ he says. ‘It’s about a few moments I had with a girlfriend. We would have these little dance parties together and just DJ, dance around my living room for fun, put on sunglasses and act like little kids. That’s a really good memory for me. When I see people get emotional about it in the crowd, it makes me really choked up.’

He reveals that he no longer talks to that former girlfriend, although he has left little inside jokes on the album that only she would get. Gonzalez muses: ‘You have to have one that you lose contact with because it was an intense relationship and it fades away. Other relationships with exes that are on this record have been able to segue into great friendships.’ 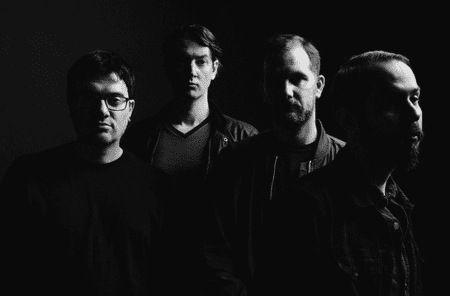 But he has no time to mull over lost love as he is busy gigging and promoting the new album. The singer reveals it’s hard to be in a relationship with anyone right now with his touring commitments but admits he’s enjoying being single. He recalls the story behind the song ‘Truly’ on the record. ‘It’s about a rendezvous – a really passionate encounter I had. We stayed in a foreign city together. I love that kind of thing too, but it’s different from a long seven-year relationship like in “Nothing’s Gonna Hurt You Baby”.’

Love may be fickle sometimes but with Cigarettes After Sex the memories linger on forever.

Cigarettes After Sex’s self-titled debut album is out on June 9 on Partisan Records.