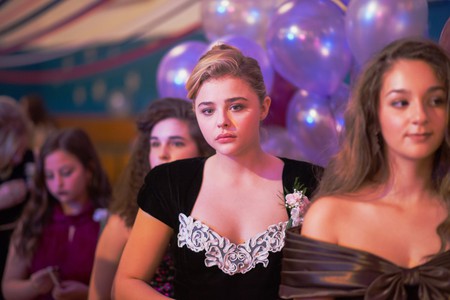 Chloë Grace Moretz in 'The Miseducation of Cameron Post' | © FilmRise

Moretz excels in the passive role of a teenage lesbian sent to a gay conversion camp. Her character, Cameron, would be forgiven for thinking the lunatics have taken over the asylum.

Desiree Akhavan’s The Miseducation of Cameron Post is set primarily at a Christian gay conversion camp for teenagers circa 1993. Based on emily m danforth’s 2012 novel, it is a stiflingly hermetic film that borders on the unreal without becoming dreamlike. The mood is appropriate since the idea of conversion therapy – still practiced today – is sealed off from all that is reasonable.

Protagonist Cameron (Chloë Grace Moretz), 17 or 18, is a lesbian comfortable with her orientation; that she never questions her sexuality in the movie is one of its strengths. However, she regrets hurting the feelings of her boyfriend. On homecoming night, he chances on Cameron having sex in a car with her best female friend, Coley (Quinn Shephard). 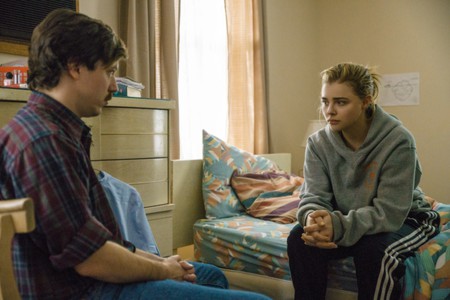 For her “sin,” orphaned Cameron is sent by her well-meaning but misguided adoptive aunt (Kerry Butler) to God’s Promise, a rural boarding school for the curbing of natural desires. Beautifully rendered flashbacks to Cameron and Coley’s passionate making-out have a visceral quality absent from many of the scenes at camp.

At God’s Promise, Cameron is tutored by the guitar-strumming Reverend Rick (John Gallagher Jr) and participates in group sessions led by Rick’s psychotherapist sister, Dr Lydia Marsh (Jennifer Ehle). Rick is good-natured but weak and hopelessly out of his depth, as Cameron eventually tells him. Lydia isn’t in the same martinet class as Nurse Ratched of One Flew Over the Cuckoo’s Nest, but a streak of cruelty underscores her suppressive sternness. Lydia’s need to shave off the floppy hair of the Native American inmate, Adam Red Eagle (Forrest Goodluck), an equivalent of Cuckoo’s Nest‘s Chief, is emasculatory. A former habitué of gay bars, Rick believes he has been converted. It would come as no surprise to learn that Lydia is a self-hating lesbian oblivious to her orientation. 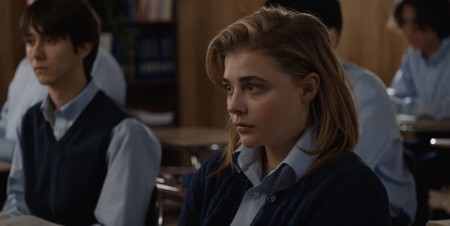 Cameron befriends Adam and the nicely named Jane Fonda (American Honey‘s Sasha Lane), a free-spirited but practically minded daughter of a commune, after she spies on them secretly smoking ditch grass. Cameron warms less to her roommate Erin (Emily Skeggs), whose forced chirpiness is the result of too much feel-good Christian indoctrination. A would-be convert, Erin deludes herself, like Rick, that she has become straight.

In the likes of Kick-Ass, Let Me In, and Clouds of Sils Maria, Moretz has played variations on a lethal, knowing or provocative child-woman. Cameron is one of her most passive roles yet – and her performance is her most nuanced. Her ‘action’ scenes are limited to kissing, running in the countryside and lipsyncing/dancing on a kitchen table to 4 Non Blondes’ ‘What’s Up’ (a spirited moment). She has an effective crying scene, but Cameron mostly reacts quietly and non-committally to Rick’s patronizing and Lydia’s veiled bullying. Frequently, Cameron feigns conformity, flickers of skepticism or impatience half-raising her eyebrows. 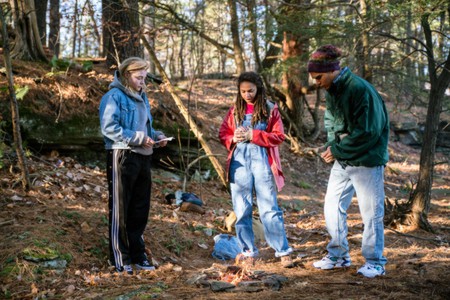 The script even requires Moretz to cede the climactic moment to another actor, Owen Campbell, who gives a fearsome performance. Campbell’s character, Mark, is stranded at God’s Promise because his father won’t tolerate him being feminine. Mark self-laceratingly reads a passage from the Bible – 2 Corinthians 12:7–10 – about the “thorn” in Paul the Apostle’s flesh that causes him to find strength in his weakness. Cameron drinks in Mark’s pain, and what befalls him – in an echo of Billy’s fate in Cuckoo’s Nest – determines her immediate future. That Cameron isn’t a more driven character in her own story may be a problem for some viewers, but not all heroines and heroes need be dynamos.

This is fertile territory for Akhavan, an Iranian-American New Yorker who starred in her directorial debut, Appropriate Behaviour (2014), as a Brooklynite who breaks up with her girlfriend and is flummoxed by the prospect of coming out to her conservative Iranian parents. In the TV series The Slope (2010-12), co-created and directed by Akhavan, she played one half of a Park Slope lesbian couple; one episode was titled ‘Conversion Therapy.’ The Miseducation of Cameron Post reiterates that Akhavan is carving a niche for the depiction of gay people who won’t allow their identities to be undermined or, worse, destroyed.

The Miseducation of Cameron Post is on release in the US.