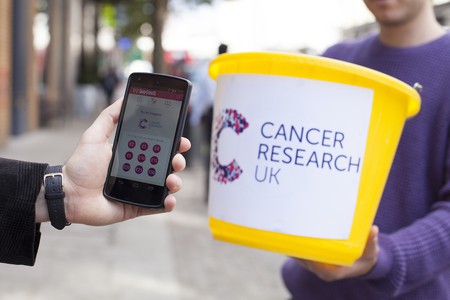 Ramadan is perhaps best known among non-Muslims as a time of fasting and abstaining. But charitable giving is also a key part of the religion, and rises during Ramadan. Here are some of the best apps to give back during the Holy Month.

“Each year, WFP reaches 80 million people with food assistance in around 80 countries. WFP is 100% voluntarily funded, so every donation counts. WFP’s administrative costs are among the lowest in the non-profit sector – with 90% of donations going directly to WFP operations that are building a world with zero hunger,” the website says. 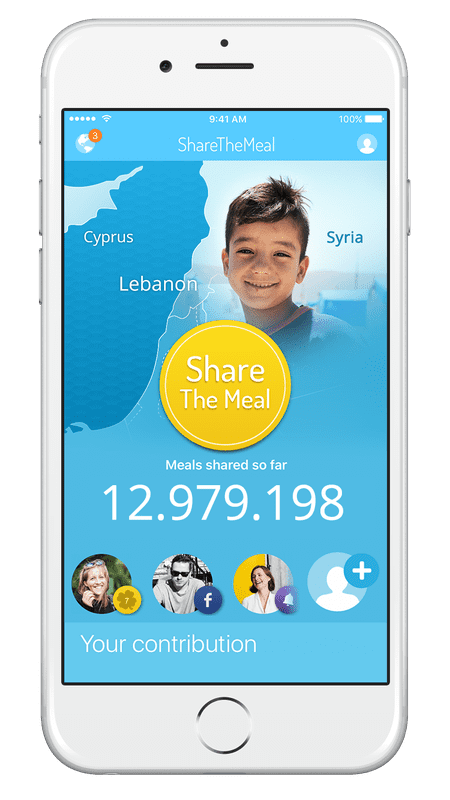 Even if you don’t have a lot of money to give, you can still make a difference. The Donate a Photo scheme is proof of that. For every photo you share through the app, Johnson & Johnson gives $1 to the cause of your choice. The process is simple: you pick your cause, upload your photo, share on the app, and the donation to your cause is made. You can share one photo per day. 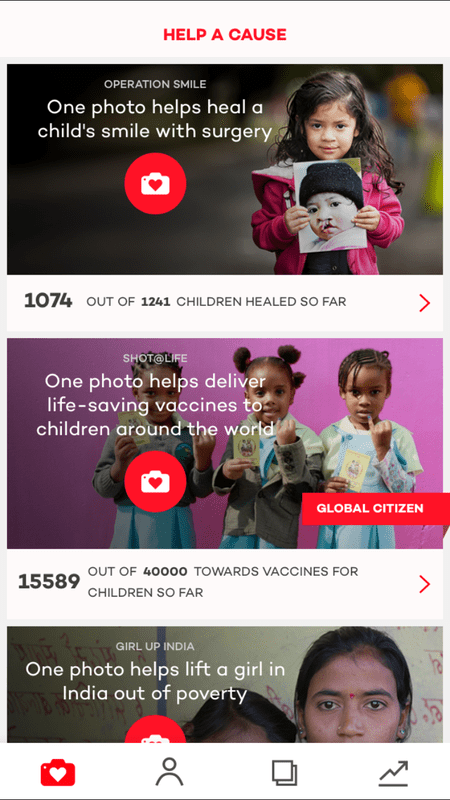 The Donate a Photo app | Courtesy of Johnson & Johnson

One Today, an app launched by Google, lets you donate $1 or more to a cause of your choice. The app then shows in photos just how your $1 makes an impact. You can also inspire others to match your donation. There are no transaction fees so all of your donation goes to where it is needed. 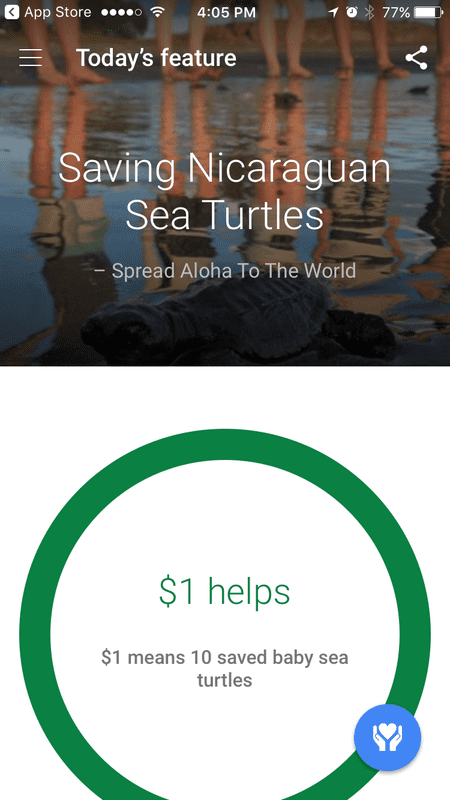 One Today by Google | Courtesy of Google

SnapDonate is an innovative way to encourage people to donate to charity. The app turns your phone’s camera into a lens which recognizes the logos of charities, and allows you to make a donation. If you see a charity logo or advert when you’re out on the street, at home watching TV, or anywhere, you can view it through the app and donate money to that cause with minimal hassle or fuss. 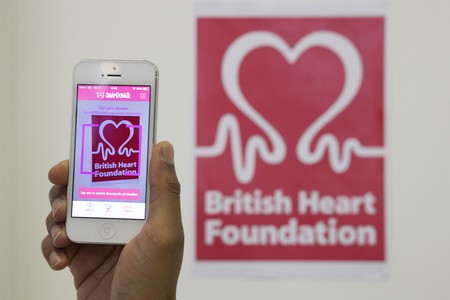 Instead sets you challenges to save money, which you can then donate to charity. For example, the app will set you a goal of making your own coffee rather than buying it, and the money you save goes to a charity of your choice. These micro donations have the potential to make a huge impact.