From horror stories about Terminator-esque robot takeovers to concerns about the rise of artificial intelligence (AI) in the workplace, we’ve come to fear the impact of smart robots on our lives and livelihoods.

But should man’s best friend be feeling threatened too? We take a look at how robots are taking on the domain of dogs, from providing love and security to assisting in life-saving search and rescue missions.

Throughout history, dogs have served mankind as fierce and loyal protectors. Breeds from the mighty bullmastiff to the sleek Rhodesian ridgeback are celebrated for their strength and courage, while even the tiny Pekingese were prized as protectors in Imperial China. (Nicknamed ‘sleeves’, the ferocious pups hid in the sleeves of emperor’s robes – when their owners felt threatened, they’d release the dogs to attack and scare off aggressors.)

But could robots take over the role of protector, keeping animals’ lives out of jeopardy? The option might be closer than you think. Massachusetts-based engineering and robotics company Boston Dynamics has pioneered an agile dog-like quadruped robot called SpotMini. 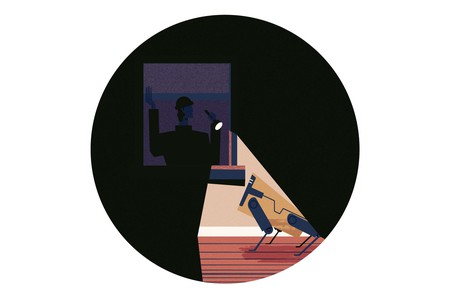 The robo-dog first came to life in 2005 when the company debuted BigDog, a pack ‘animal’ designed to carry heavy equipment for the US military and created with funding from Defense Advanced Research Projects Agency (DARPA). While BigDog was deemed too loud for combat and was discontinued after 10 years, Boston Dynamics moved on to Spot and SpotMini. While the headless design is disconcerting for some (a recent Black Mirror episode about a bloodthirsty robot dog was reportedly inspired by SpotMini), the bot is capable of climbing stairs and navigating obstacle-laden landscapes and could soon be used to help soldiers in combat, reducing the risk to life.

Dogs are famed the world over for being man’s best friend. But could a robotic animal companion leave us feeling just as loved and amused? 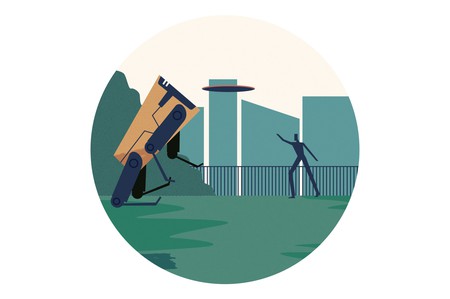 With the first generation capable of walking, responding to more than 100 voice commands (in English, Spanish or Japanese), ‘seeing’ its environment via camera, tracking a ball, shaking hands, performing ‘karate strikes’ and appearing to sleep, Aibo was ahead of its time. The robo-doggies quickly began capturing hearts and accolades, winning Japan’s prestigious Good Design Award grand prize, a special Intelligent Design award in the 2000 German Red Dot awards and were even made part of the permanent collection at the Smithsonian in Washington DC.

While Aibo were discontinued in 2006, they made a triumphant return at the January 2018 Consumer Electronics Show(CES) in Las Vegas. Using sophisticated artificial intelligence to develop a personality over time, the AI pup responds to touch and voice, can perform tricks, search for its bone, shake its head, identify different owners with facial recognition tech and, according to Sony, is ‘capable of forming an emotional bond with users’. While many people may still prefer a furry friend to a robotic one, the tech could be valuable as a fuss-free companion for senior citizens or those unable to care for a living pet. 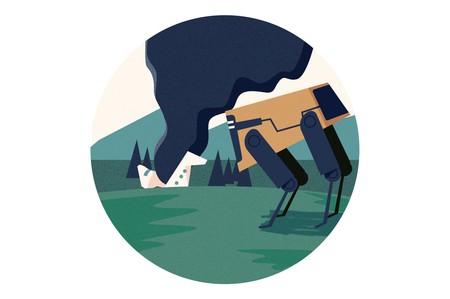 According to the United Nations Office for Disaster Risk Reduction, SAR robots are used for ‘mapping and manoeuvring of disaster areas after natural calamities, terror attacks, accidents, explosions; providing assistance to firefighters worldwide; aiding in defusal and disposal missions at bomb sites; and detecting signs of life, such as heart beats and breathing, of victims trapped in the aftermath of natural disasters’. Drones are also increasingly being used to distribute water, food, medicines and other supplies. Earlier this year, a drone saved the lives of two stricken teenagers in Australian waters after dropping an inflatable raft.

From providing emotional support to acting as eyes for the visually impaired, dogs have long gained universal love and respect for the important roles they play as service animals – but robots may soon be able to assist people in ways dogs can’t. 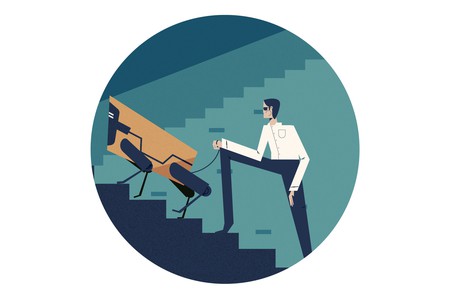 Researchers from Carnegie Mellon University in Pittsburgh, US, are developing assistive robots to help blind travellers with complex problems such as knowing which bus is approaching to reading a train timetable. The team hopes to one day introduce mobile robots to physically guide people in the manner of seeing-eye dogs, which take years to train. With many in the blind community facing debilitating queues to get seeing-eye animals, a robot replacement could prove life changing.

While greyhound racing used to be a popular pastime, it’s recently fallen out of favour. Robot racing, however, is on the rise. From drone competitions to Caltech’s annual robot relay, where students race their machines through obstacle courses or make them swim through the campus fountain, robot sports are quickly growing in popularity. (Watch our exclusive interview with the Drone Racing League’s rising stars here.) 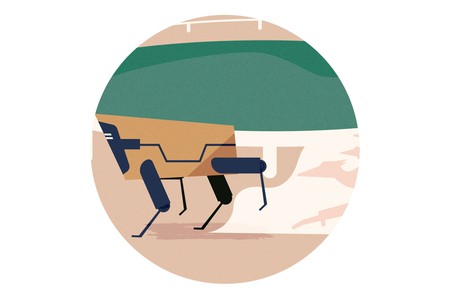 Sorry, robots – when it comes to capturing our hearts with their cute faces and puppy-dog eyes, this one’s gone to the dogs. 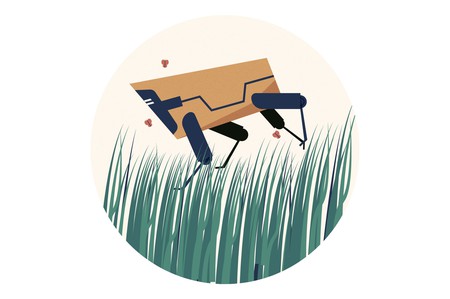