Can Diet Coke Survive Another 35 Years? 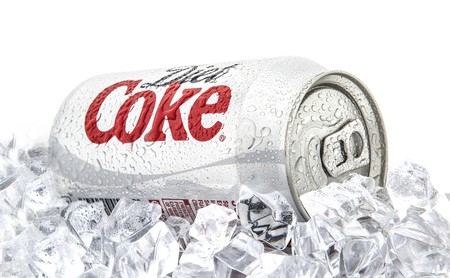 Diet Coke turns 35 this week, but in a volatile ever changing market can one of the world’s iconic brands survive?

The year is 1982; Micheal Jackson releases Thriller, Britain goes to war with Argentina over the Falklands Islands, and Coca Cola launches Diet Coke, the first time the company has deviated from its core product since Dr. John S. Pemberton first created it in 1886.

But the world of food fads is fickle. A few years ago ‘diet’ was beginning to be seen as old fashioned, belonging to a world of Jane Fonda workouts and it was slowly being removed or replaced with ‘lite’.

More recently ‘clean eating’ has come along, which itself went quickly to being a ‘dirty word’, and is now disowned by some of the very people who contributed to its success, and replaced by words such as ‘glow’. Confused? So is everyone else.

The arrival of ‘bloke Coke’

As well as competition from other colas, Diet Coke also has to contend with a younger, brasher brother. Coke Zero was launched in 2005 because research showed that guys regarded Diet Coke as a female drink. You can see why; even when it’s a guy drinking the stuff, it’s really aimed at women.

The black can and endorsement by Wayne Rooney earned Coke Zero the nickname ‘Bloke Coke’. But it too recently re-branded itself, to much annoyance. It’s now called Coke Zero Sugar, mainly because people didn’t know that the zero actually indicated a lack of sugar. What’s more, Coke Zero (Sugar) is reputed to taste the same as regular Coke, whereas Diet Coke has always had a different flavour profile from its parent. The difference, it turns out, is two chemicals; Coke Zero Sugar contains sodium citrate, while Diet Coke has citric acid.

Coke Zero Sugar and Diet Coke account for 43% of Coke’s total sales, but if guys are refusing to drink Diet Coke, and girls are fine with Coke Zero Sugar, where does that leave the 35-year-old brand?

For now, it’s still with us, so happy birthday to the sugar-free, fizzy brown stuff.