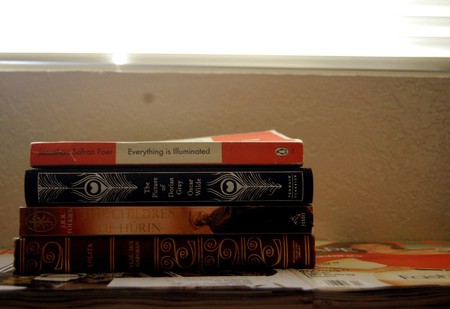 Sacramento has turned into an epicenter of authors, writers, readers, and bibliophiles. Infamous authors like Mark Twain made a name for themselves here. Writers known for their influence and talent such as Herb Caen were born in this Central Valley city. With years of literary history and influence, exploring Sacramento is a real treat for book lovers from all over the world.

Sacramento has two rivers running through it. The American and Sacramento rivers have served as the setting in many novels, both bestselling and underground. In author Joan Didion’s Run River both of these majestically-beckoning rivers serve as the story’s backdrop in mid-20th century Sacramento. Walking along the American and Sacramento rivers puts you right in the middle of all these great and unforgettable stories. It’s also incredibly easy to find a peaceful spot along the rivers to sit and read a book of your own. 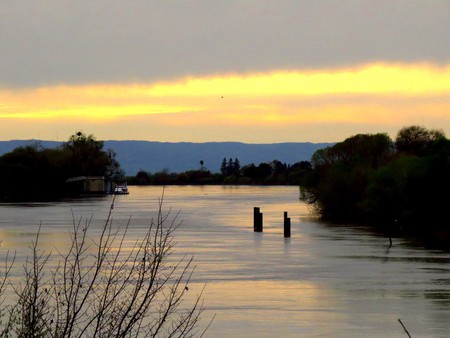 A book-lovers literary adventures through Sacramento wouldn’t be complete without a trip to one or two bookstores. So if you’re in the market for a new read in the city, there’s a few amazing bookstores around that truly cater to the bibliophiles of the world.

Located on 21st Street, Time Tested Books really holds on to what a bookstore should really feel like. With exposed brick walls and heavy wooden doors, it’s what every book lover wants while looking for that next cover to jump out at them. The selection at Time Tested is where the real literary magic lies. It has some of the widest varieties of books that come from different standpoints, point of views, and statuses. You just don’t find that kind of variety so much nowadays. A lot of times the staff will happily order out of stock books or even out-of-print ones. It’s all about the book-discovering experience here and it’s a great way to spend a bibliophilic day in Sacramento. 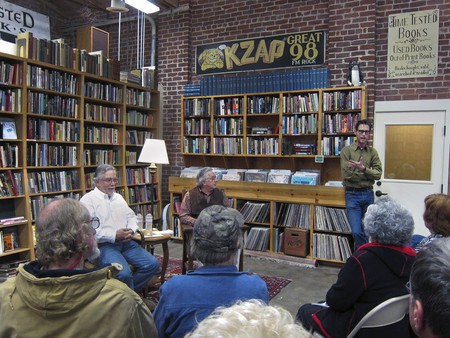 A favorite among many locals, Beers Books also possesses that whimsicality many bibliophiles fall in love with. It’s the oldest bookstore in Sacramento and is a total treasure. The space is filled with that old-as-time, pleasantly-musty smell of books all literary savants know and adore. Beers Books allows its customers to finally disconnect from the hectic world outside, as cell phones aren’t allowed to be used inside, allowing the reconnection with the words and pages.

When you’ve worked up an appetite, there’s The Old Spaghetti Factory just outside of Sacramento in neighboring Rancho Cordova. And what goes better with some yummy pasta than artwork from Glen David Gold’s Carter Beats the Devil, his novel adaptation of the magician Carter the Great’s life. Pick up the book before grabbing lunch at The Old Spaghetti Factory, read while you eat or just sit and admire all the graphic art around you. Either way it’s incredibly satisfying.

As a historic hotspot for writers, Sacramento has an abundance of landmarks for book lovers to discover, explore, and marvel at. These places include famous newspaper columnist, Herb Caen’s childhood home. Born in 1916, Caen grew up on Bungalow Row in downtown Sacramento. His home is actually on the market currently.

The beautiful Tsakopoulos Library Galleria is the setting to Karen Joy Fowler’s bestseller The Jane Austen Book Club. While the novel itself captures the galleria’s elegance and beauty, it almost pales in comparison to seeing the space in person. Head here to explore and experience Tsakopoulos’ wonder that was depicted in the bestseller.

At Angels Camp Museum you’ll get to discover Mark Twain’s origins and the influence that he had on Sacramento when he arrived during the Gold Rush. After a failed attempt to strike gold, Twain, born Samuel Clemens, decided to give journalism a try. Well, his try succeeded greatly, as his popular short story, The Celebrated Jumping Frog of Calaveras County, is the reason why the city holds the annual Jumping Frog Jubilee every May. All this and more can be discovered at the Angels Camp Museum.

My Mark Twain collection | © Terry Ballard/Flickr
Give us feedback