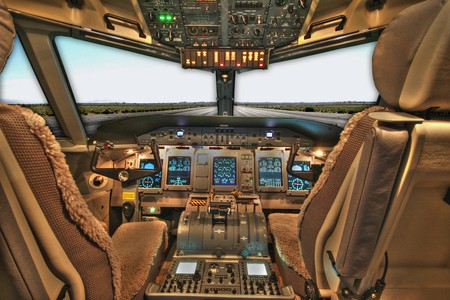 For those with a fear of flying, brace yourself, because Boeing will soon begin testing a pilotless airplane next year.

While the idea of a self-flying plane may seem plucked from a sci-fi novel, the reality is apparently not so far off. According to Reuters, “the basic building blocks of the technology clearly are available,” said Mike Sinnett, Boeing’s vice president of product development.

With jetliners already capable of landing, taking off and cruising on technology alone; the number of pilots needed has dropped in the past two years. While technology can help eliminate human error in flying, it is yet to be seen whether it could safely handle an emergency landing.

“A self-flying plane would need to be able land safely as Captain Chesley Sullenberger did in the ‘miracle on the Hudson,’” Sinnett told Reuters. “If it can’t, then we can’t go there.”

@TodayShow recently polled its four million Twitter followers, asking them whether they would consider boarding a self-flying aircraft, to which 88 percent responded no.

Boeing is exploring pilotless planes. Would you board a self-flying aircraft?

While passengers are hardly willing to embrace a pilotless plane, the airline industry is backing the idea due to an anticipated need for 1.5 million pilots in the next 20 years, according to Reuters.

Before a pilotless airplane can get off the ground, it will need to meet the safety standards of the Aviation Safety Network, as well as convince the ASN to monitor this unprecedented technology.

“I have no idea how we’re going to do that,” Sinnett told Reuters. “But we’re studying it right now and we’re developing those algorithms.”