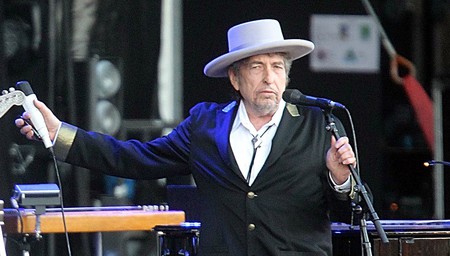 Last October, it was announced that the legendary American songwriter had been selected as the winner of the 2016 Nobel Prize in Literature, the first to have won the prize for music. While Dylan was in no rush to accept this prestigious honor and its accompanying $923,000 prize, the literature and music world erupted into debate about whether he was truly worthy of the award or not.

While no naysayers arguments could have changed his victory, those in opposition may be on the right side of the debate thanks to reports that Dylan plagiarized portions of his acceptance lecture from none other than SparkNotes.

In his speech, Dylan references Herman Melville’s classic Moby Dick numerous times, and, as reported by Slate, a variety of phrases employed appear to be lifted directly from SparkNotes writings about the novel. For example:

Dylan: “Another ship’s captain — Captain Boomer — he lost an arm to Moby. But he tolerates that, and he’s happy to have survived. He can’t accept Ahab’s lust for vengeance.

SparkNotes: “…a whaling ship whose skipper, Captain Boomer, has lost an arm in an encounter with Moby Dick…. Boomer, happy simply to have survived this encounter, cannot understand Ahab’s lust for vengeance.”

But let’s get real for a second here. We’d bet that Dylan was about as excited to write his acceptance speech as you were to write that 10-page report on Angela’s Ashes during senior year. Sure, plagiarism isn’t cool. But we now (allegedly) know that Dylan is down to clown with the internet’s lit cheat sheet, meaning that, despite being one of the greatest songwriters to ever live, he is just like the rest of us, and that is very cool.

Check out the infographic below, courtesy of Slate, to check out several more instances where Dylan appears to have cribbed from SparkNotes.

© Slate
Give us feedback