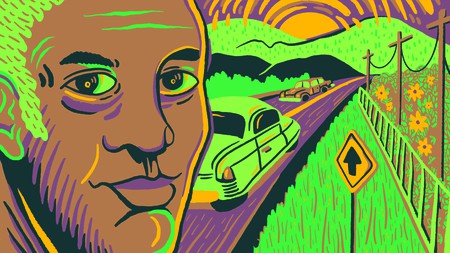 In a time when traveling the United States could be unsafe and even deadly for black Americans, Victor Green’s Green Book helped them find safe accommodations and increase their opportunities for exploration. Today, the books are powerful markers of progress, and records of historic black neighborhoods in flux.

For thousands of black travelers throughout the early to mid-20th century, traveling around the United States could be risky – even deadly. Victor Hugo Green’s travel guides immediately addressed their needs and desires to traverse the roads with more freedom than ever before. For readers of these guides today, they serve as powerful history lessons and perhaps a blueprint for the future.

Victor Hugo Green, who was born in New Jersey in 1892 but spent most of his life in Harlem as a postal worker, published travel guides titled The Negro Travelers’ Green Book, or The Green Book, between 1937 and 1967 that listed black-owned or non-discriminatory social clubs, restaurants, bars, parks and beauty salons in every state. Green’s guides also elaborated on special attractions in popular destinations through in-depth travel essays. Perhaps most importantly though, The Green Book included recommendations for where black travelers could spend the night. The guides often featured the addresses of “tourist homes,” or individuals willing to open their doors to people in regions of the country where hotels, motels or resorts were not accommodating to black patrons.

While early editions of The Green Book featured places pulled from Green’s own knowledge as well as suggestions from other postal workers, as the book gained popularity, he began to compile his listings based on reader recommendations. “We appreciate letters from you, our patrons,” writes Green in a foreword to the 1953 edition, “donating advice and addresses of places not listed herein, that would be in accord with our level. We also welcome adverse criticism, in that it might improve our standards.” Here, Green also warned readers that “no travel guide is perfect,” particularly as changing conditions like the closing of a hotel or the relocation of a tourist home could easily render some listings out of date.

Despite occasional errors, black travelers who utilized The Green Book would have found themselves in a far better position than when they had to solely rely on word of mouth suggestions on where to stay and how to remain safe on their domestic journeys. A tool like The Green Book grew increasingly necessary over the four decades of its publication, as political and economic developments made travel for black Americans more viable. Among these developments were the rise in car manufacturing as well as the emergence of a black American middle class that was interested in and financially able to engage in more leisurely pursuits.

As the popularity of The Green Book’s increased, so too did the ability for black travelers to journey with slightly more ease, realizing a degree of freedom of movement that had yet to be made available to them in their own country.

Victor Green’s earliest editions of his Green Book focused solely on New York City with a heavy emphasis on establishments in Harlem. As the center of black culture at the time as well as Green’s own home, Harlem was deeply significant to him and the black community at large.

With its many restaurants, hotels, salons and bars, The Green Book never saw a dearth of Harlem entries, and many of the listings would have been relatively well-known destinations for black travelers of the time. Today, the significance of these Harlem listings lies in the reminder that it serves to current readers of how many black-owned institutions have vanished from Harlem’s landscape in the decades since the book’s publication. The majority of Harlem establishments listed in The Green Book are no longer in existence and, in many ways, their absence mirrors the community’s changing demographics. Current travelers as well as those interested in the preservation of institutional memory can look to The Green Book to better understand how spaces like Harlem have changed over time and to map where these deeply influential establishments used to be.

Though many Harlem attractions featured in The Green Book may no longer be in existence, some newer establishments do offer meaningful nods to Harlem’s past. Current travelers to Harlem can dine and enjoy music at The Cecil Steakhouse and Minton’s Playhouse, located at the site of the former Cecil Hotel. This hotel, featured in The Green Book, also housed Minton’s, a famous jazz lounge established in 1938. The newly renovated establishment marries Minton’s with a new fine-dining experience that evokes the Cecil Hotel in both name and spirit. 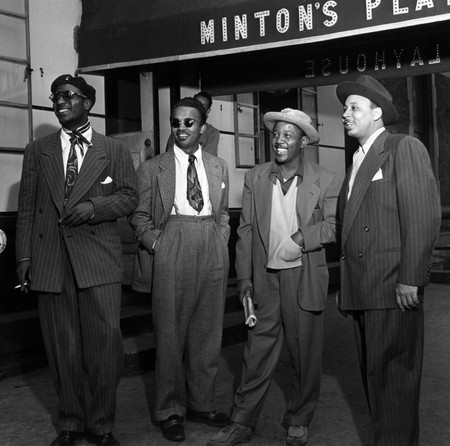 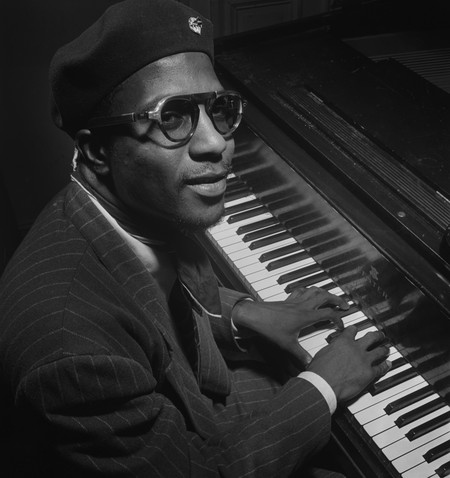 In 1918, Green married his wife, Alma, a life decision that would both mark the beginning of his new family as well as spark the idea that would make The Green Book possible. While taking trips from New York to Virginia to visit Alma’s home town of Richmond, the couple would routinely face harassment while on the road. When Green learned that a Jewish colleague of his had made a guide of places throughout the Catskills that were safe for Jewish travelers, Green was inspired to create a similar tool for the black American community.

While Richmond played an integral role in both Green’s family life and the creation of his travel guide, it also served as a site of potential safety in the midst of the real peril that 20th-century black travelers faced.

While Green rarely made explicit mention of the racial violence that his readers were surely concerned about, he did make subtle nods to it. Most Green Book editions bear on the front cover an admonition to “Carry your Green Book with you. You may need it.”

That need to carry one’s Green Book at all times was particularly important for black Americans traversing around or through the hundreds of sundown towns that were littered across the American landscape. Sundown towns were communities where blacks were not allowed to enter or stay past sunset. Failure to abide by the written and unwritten racial laws of these communities could result in harassment or even death. In 1937, the first year that Green’s book was released, eight lynchings were reported to have taken place across the country.

On his national database of former sundown towns, historian James Loewen includes Colonial Heights, Virginia. Oral histories recorded by residents of neighboring towns recall stories of blacks being run out of Colonial Heights or experiencing ongoing racism. For early to mid-20th-century black travelers who may have found themselves near Colonial Heights, Green Book listings in the nearby county of Richmond would have been an opportunity to rest and enjoy their journeys with less fear.

Much like the Harlem establishments featured in The Green Book, many of the Richmond listings are no longer operating. However, in recent years, the Eggleston, a popular black-owned hotel that was featured in a number of Green Book editions, has been repurposed.

Today’s Eggleston Plaza features apartment complexes as well as restaurants. Current travelers to the area can dine at Southern Kitchen, a black-owned restaurant that recently relocated to the Plaza and serves up fine Southern cuisine. 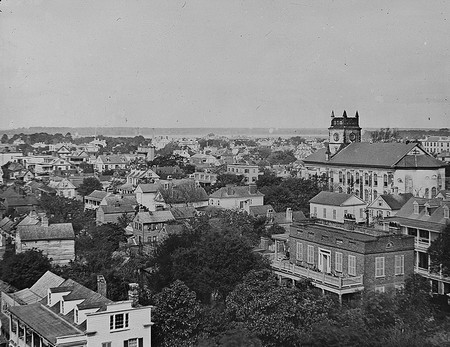 Richmond, Virginia, played an integral role in both Green’s family life and the creation of his travel guide | © Matthew Brady/Buyenlarge / Getty Images

By 1947, The Green Book had become so popular that Victor Green was able to start his own travel reservation agency, the Vacation Reservation Bureau. Later Green Book editions even went on to feature listings of establishments in Mexico, Canada and the West Indies. “It goes without saying, you want to read ‘welcome’ in the smiles of those that you visit,” writes Green in the vacation section of the 1962 edition. “The lodging of your choice is waiting for you after a long day’s ride.” As both the desire for and access to international travel expanded for black Americans, The Green Book continued to recognize the embark on those journeys safely.

After Green’s death in 1960, his wife Alma took over The Green Book’s publication. However, by the mid-’60s, the books gradually fell into obsolescence and the final copy was printed in 1967.

For Green, The Green Book’s irrelevance was a part of his ultimate vision for the country and the readers who relied upon his work. “There will be a day sometime in the near future when this guide will not have to be published,” Green wrote in the introduction to The Green Book’s 1948 edition. “That is when we as a race will have equal opportunities and privileges in the United States. It will be a great day for us to suspend this publication for then, we can go wherever we please, and without embarrassment.”

While the mid-’60s saw the passage of civil rights legislation that would legally abolish the segregation statutes that The Green Book was designed to navigate, the power of Victor Green’s work remains. Copies of The Green Book serve as a map and historic blueprint of the many institutions that were staples of the African American community but have since been lost to history. Perhaps even more importantly, The Green Book is a tangible reminder of how elusive freedom of movement was for black Americans and forces us to ask ourselves how racism might continue to pose roadblocks for black travelers of today, both within and outside of the United States.