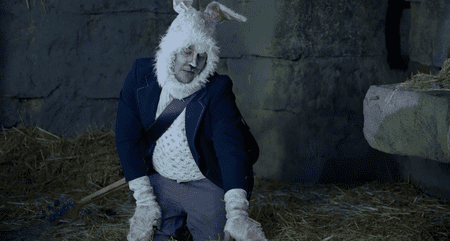 What do Biz Markie, Portugal. The Man, Neon Trees, Wayne Coyne of The Flaming Lips, and Chipotle Mexican Grill all have in common? The new children’s TV series, RAD Lands, apparently.

Created by The Magic Story, the team behind the popular show Yo Gabba Gabba!, and produced by Chipotle, the new unbranded kids TV series is meant to help teach children about the negative effects of “highly processed junk food.” A press release gave a quick summation of the show’s premise:

When the series isn’t focused on The Cultivators, the appropriately kickass name of the above-mentioned rebel division, there are musical segements dubbed “Fresh Songs,” featuring original tunes from all of the artists. Biz Markie, accompanied by Peanut Butter Wolf, the founder of Stones Throw Records, naturally sounds right in his element, and really, so do the rest; it’s fun to imagine that kids will rediscover some of these artists later on in life.

You can check out some unforgettable costumes and sweet dance moves you will want to bring to the next party in the music videos by Portugal. The Man, Markie, and Neon Trees below via Billboard.