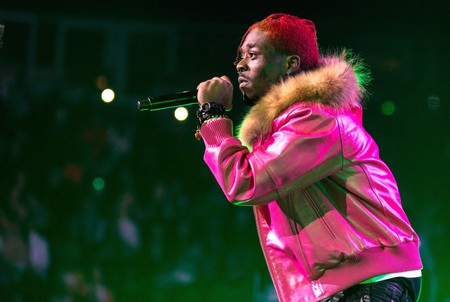 In 2017, rap music overtook rock as the most popular genre in the U.S. In 2018, hip hop just might lose its footing on this summit thanks to Billboard’s recent adjustment to its charts’ streaming scales.

According to the Nielsen Music U.S. Year-End Report, on-demand audio streams surged from 252 billion in 2016 to 400 billion in 2017, a 59 percent increase. This continuing dominance of streaming was first recognized by Billboard in 2013 when it added Spotify and YouTube plays to its Hot 100 totals. Over a year later, Billboard announced it would give the same recognition to streams on its Billboard 200 albums chart.

Now, Billboard is seemingly taking a step back from its progressive outlook on music’s rapidly shifting tectonics by giving precedence to paid subscription streams. As Billboard wrote:

In the case of Spotify, the service currently boasts 70 million paid subscribers as of January 2018, with somewhere over 140 million active users reported back in June 2017. From there, the disparity between paying and non-paying users only grows larger for other streaming platforms.

In 2017, we saw a variety of young hip-hop artists achieve unprecedented success on the Hot 100, like Lil Pump with “Gucci Gang,” Lil Uzi Ver with “XO Tour Llif3,” and Post Malone’s eight-week reign with “Rockstar.” Each of these successes were possible thanks to the artist’s massive streaming numbers. Post Malone actually broke Spotify’s record for the longest No. 1 run on Spotify’s Global chart, with over 683 million streams on the service alone as of publishing.

Yet, these stats are going to count for far less, and, just one month into the year, the effect is already evident. For example, as pointed out by Noisey:

“After proving the standout on ‘Bad And Boujee,’ Migos member Offset has a solo hit with its producer Metro Boomin in ‘Ric Flair Drip.’ Since November, the song from the Without Warning tape has been a weekly Top 10 track at Spotify in the U.S., with some 6.4 million domestic plays in the last full Billboard qualifying week. Despite this high level of streaming performance, ‘Ric Flair Drip’ has yet to crack the Hot 100’s upper 40, as it is non-existent on R&B/Hip-Hop Airplay or R&B/Hip-Hop Digital Song Sales. Meanwhile, Migos’ ‘MotorSport’ with Cardi B and Nicki Minaj is a Top 10 hit, despite generating between 1.5 and 2 million fewer weekly Spotify streams than Offset’s track.”

While Billboard believes its shift “better reflects the varied user activity occurring on these services,” it really seems to miss the mark in accurately representing listener habits, and once again elevates the streaming platform at the cost of the artist.