Why Loving Your Co-Workers Is Almost Never A Bad Thing 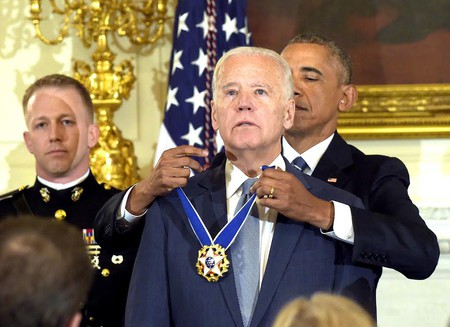 President Barack Obama awarded his Vice President and “bro” Joe Biden the Presidential Medal of Honor on Thursday, in an emotional move that surprised both Biden and members of the press who were present for what they thought was just another end-of-the-presidency event.

“If you can’t admire Joe Biden as a person, you’ve got a problem,” Obama said during the ceremony. “He’s as good a man as God ever created.” As he bowed his head and listened to Biden praise him for what he achieved as President of the United States, Obama seemed to be holding back tears. The two exchanged the words “family” and “brother” time and time again. Their emotion was palpable.

The friendship — or “bromance”— between Biden and Obama is the subject of much fodder in the United States. The two were colleagues who became fast friends over the last eight years, and they had the world as their stage. From jogging together around the White House to being there for each other through extremely personal tragedies, their relationship has been both friendship goals and the stuff that the best memes are made of. 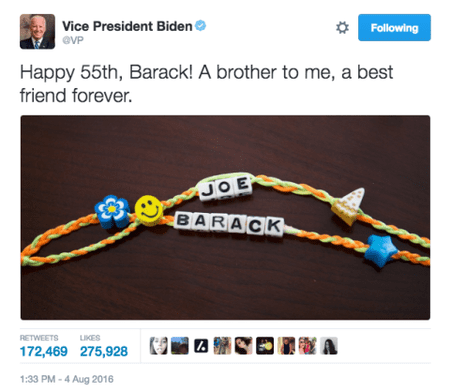 But more than their seemingly unlikely friendship, Obama and Biden are examples of how work relationships, when they’re positive at least, can benefit your personal wellbeing as well as your work output. According to the American Psychological Association, workplace friendships improve productivity and boost team morale. When employees feel supported in the work environment, they’re more likely to take risks and work hard on behalf of the team to achieve personal and team goals.

“Workplaces that convert their employees’ untenable ties into the durable bonds shared by fast friends will have cultures and communities that are alive and generative — in one word, thriving,” wrote Jessica Amortegui, in a piece for Fast Company. “As denizens of these communities, we will be doing something even more powerful than bringing our lives and souls with us to work: we will be sharing them with friends.” 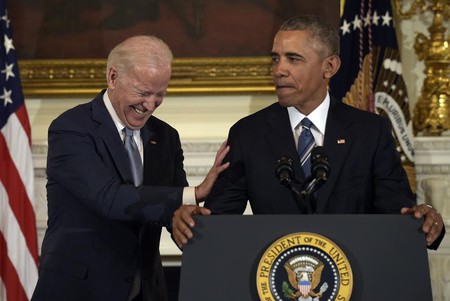 And it’s not just your job that benefits for your workplace friendships — you do, too. Employees who enjoy their co-worker relationships tend to report higher life and job satisfaction.
“Healthy co-worker relationships are particularly important to our overall wellbeing,” Nick Angelis, author, speaker, and co-owner at BehaveWellness.com told Culture Trip. “Why is that? We spend so much time, but also energy at work. Although it is unhealthy to derive self worth from external factors like our jobs, workplace culture and support infiltrates other areas of our lives.”

So congrats to VP Biden on an amazing honor, and kudos to the outgoing administration on showing us how to make our workplaces emotionally healthy spaces.