Beyoncé Has Made History at Coachella for This Important Reason 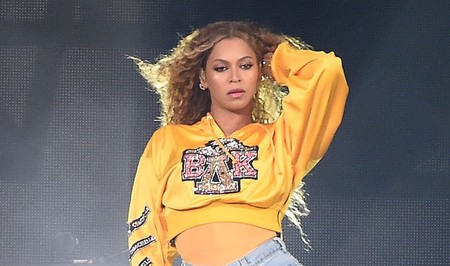 Beyoncé has become the first black woman to headline Coachella.

Fans renamed the US festival ‘Beychella’ after her groundbreaking set over the weekend which saw her reunite with her Destiny’s Child bandmates Kelly Rowland and Michelle Williams for a surprise performance.

Her husband Jay-Z also appeared on stage for a brief cameo to duet on ‘Déjà Vu’ on Saturday in Indio, California.

Talking about her historic gig, Beyoncé told the crowd: ‘Thank you Coachella for allowing me to be the first black woman to headline. Ain’t that ‘bout a bitch?’

She added: ‘This song is dedicated to all of the incredible women that opened up the doors for me.’

The singer was forced to drop out of headlining last year’s festival because she was pregnant with her twins, Sir and Rumi.

During the two-hour long set, she was accompanied by around 100 dancers and musicians including brass and string players, a marching band and a baton twirler.

She told the audience: ‘I am so happy to be here. I was supposed to perform at Coachella before, but I ended up getting pregnant, thank God.

‘This is a very important performance for me tonight. I’m happy to be back on stage.’

Beyoncé performed a string of hits including ‘Crazy in Love’, ‘Formation’, ‘Drunk in Love’, ‘Run the World (Girls)’ and ‘Single Ladies (Put a Ring on It)’.

Her Coachella set included a snippet of Malcolm X’s “Who Taught You To Hate Yourself” speech during ‘Don’t Hurt Yourself’.

The singer also performed James Weldon Johnson’s ‘Lift Every Voice and Sing’, which is often referred to as the ‘Black American National Anthem’.

During a performance of ‘Sorry’, she interrupted the song to ask women in the crowd: ‘Are we smart? Are we strong? Have we had enough?’

The Destiny’s Child reunion saw the trio, appearing in matching camouflage, perform a medley of ‘Lose My Breath’, ‘Say My Name’ and ‘Soldier’.

She also duetted with her sister Solange on ‘Get Me Bodied’.

Talking about the inspiration behind the concert, Bey revealed on stage: ‘I had time to dream and dream and dream with two beautiful souls in my belly, and I dreamt up this performance.

‘And this is more than I ever dreamt of it being. And thank you guys for sharing this with me. I hoped you all enjoyed the show. I worked very hard.’