The Best States in the U.S. for Using Dating Apps 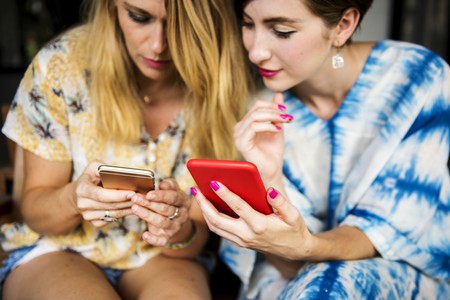 Dating apps have brought happiness to many people, and endless frustration to others. In this age of dating through your phone, it’s important to use any advantage you may have to find the perfect partner, and for Americans, that may involve moving states.

Research from All Home Connections suggests that dating through apps is better in some U.S. states than others. The data, displayed in the map below, shows that New Hampshire is the best state to use dating apps in the U.S., and the most popular dating app to use there is Tinder. Massachusetts is the second best state, according to the research, and singles prefer to use OkCupid there. Rhode Island, Connecticut, and Maine make up the rest of the top five.

There’s one common theme in the top five states: they’re all on the East Coast. “With such a high concentration of universities, singles, and higher median earnings, it makes sense. If you’re not an East Coast fan, don’t worry—Washington and North Dakota aren’t far behind,” All Home Connections wrote in its research. 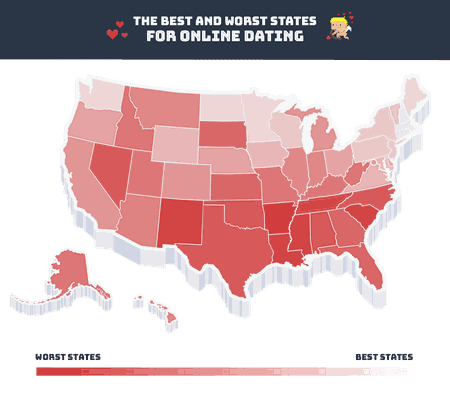 The best and worst places to date online | © All Home Connections

The worst state for online dating is Arkansas, where most people use the dating app PlentyOfFish. New Mexico is the second worst, followed by Mississippi, Louisiana, and South Carolina. These states are bottom of the list mainly because of lack of interest, a lower percentage of singles, and higher unemployment rates. So it may be best to ditch your phone and meet people the old-fashioned way if you live in these states. 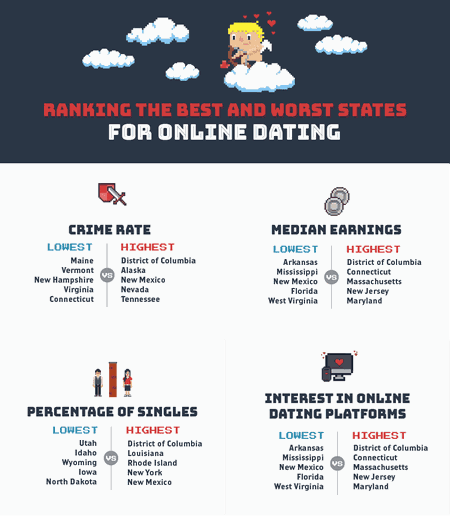 The research also breaks down the data further to produce some fascinating insights. The state with the highest percentage of singles, for example, is District of Columbia, followed by Louisiana, Rhode Island, and New York. The worst states for percentage of single people are Utah, Idaho, Wyoming, and Iowa, according to the research.