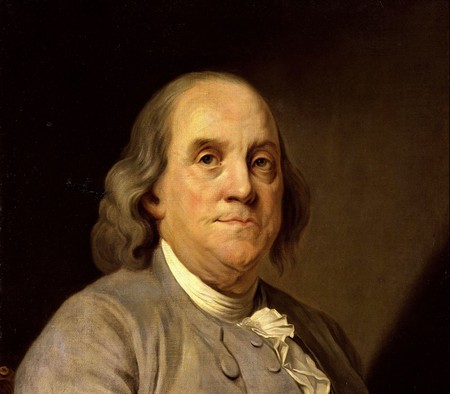 Known as a diplomat, scientist, inventor, author, politician and much more, Benjamin Franklin was also an advocate of a number of sporting theories that are commonplace today. To celebrate his birthday, Culture Trip pays homage to a somewhat unrecognised innovator in the sporting sphere.

Forget the paintings of the portly man that you may be familiar with, in his youth Benjamin Franklin was a fit, muscular athlete, who only gained weight when he was older due to poor health (bladder stones and gout), which meant that he could no longer exercise as much as he wished. There are a number of things done in sport today – whether by professionals or amateurs – that Franklin advocated, demonstrated and explained to anybody that would listen. A glance through some of his teachings shows he was 250 years ahead of any number of sporting curves.

Different swimming strokes, regular exercise as a health benefit, windsurfing, cryogenic chambers, fluid intake, lifting weights, swimming lessons, jogging and sports psychology. An array of theories that at the time earned ‘the first American’ a reputation as an eccentric, although you’d struggle to find a professional physiotherapist, dietician or doctor today that wouldn’t agree with everything Franklin maintained over a quarter of a millennium ago.

Franklin’s love of chess has been well-documented. The Morals of Chess, his essay on the game, detailed parts of playing that could be applied to other aspects of life, such as caution and foresight. A gentleman and a sportsman, he also used the book to describe a set of rules that players should follow, including reasons not to cheat, as well as not disturbing your opponent and letting them know if they were about to make a mistake. 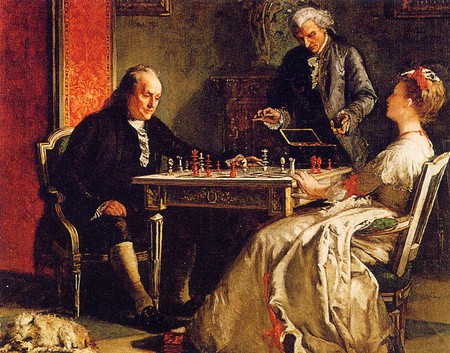 When it came to playing checkers, Franklin advised players to bypass long-term strategies, believing that it would lead to making more mistakes in the long run, and to simply focus on planning one move at a time – sports psychology before the profession even existed.

While in London as a teenager, Franklin abandoned a boating trip on the Thames to swim from Chelsea to Blackfriars – a 3.5 mile stretch. He was a keen swimmer, and having perfected the known swimming strokes of the time, felt it necessary to showcase to onlookers what could be learned.

However, his love of water sports started long before his dip in the Thames. Hand paddles, a staple component in every swimmer’s training kit today, were invented by Franklin…when he was 11. He designed them himself, creating something that resembled a pair of artist’s paint pallets, but discarded them after deciding that they caused too much stress on his wrists. 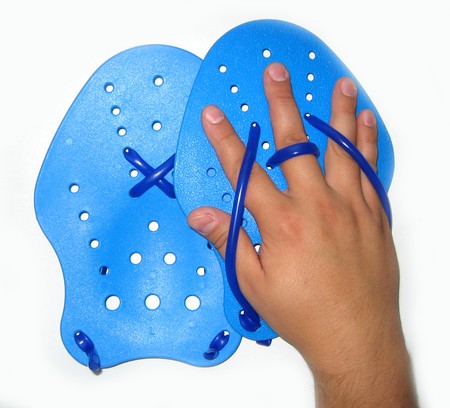 Modern day hand paddles, over two centuries after Franklin cam up with the idea | © Wikimedia

When he wasn’t designing 21st century training apparatus, young Franklin would fly kites while swimming to see if he could harness wind power while in and on the water. Bearing in mind windsurfing didn’t take off until the mid-1960s, it only highlights what an astonishing and inquisitive mind the man had. He even toyed with the idea of becoming a swimming instructor, convinced that learning to swim was something that everybody should do as a matter of safety, and devised an experiment in order to prove that staying afloat was easier than people first thought.

He proposed that people stand in water that came up to their chests and throw an egg in slightly shallower water. Keeping their eyes open and on the egg while diving for it would demonstrate the body’s natural buoyancy as they tried to follow and retrieve it. Regardless of the benefits of learning to swim, Franklin also saw it as another way of simply staying healthy and agile.

According to Franklin, jogging and lifting weights were effective ways of keeping the body and mind healthy. He believed that a person’s heart rate was key to measuring exercise intensity, not the distance covered or the time that it took. Anyone exercising had to feel as though their body was warm inside for it to have been beneficial.

It wasn’t just exercise that led to a healthier lifestyle, drinking plenty of water was also considered to be an important factor in improving well-being. Even something as advanced as sleeping in a cold room – long before cryogenic chambers were being used to aid muscle recovery – was something Franklin was a supporter of.

So while Benjamin Franklin’s exploits in politics and science earn him huge respect, it should come as no surprise that such an brilliant and innovative mind was as influential in the world of sport.