Get Beach Ready: How to Survive a Riptide in 3 Easy Steps 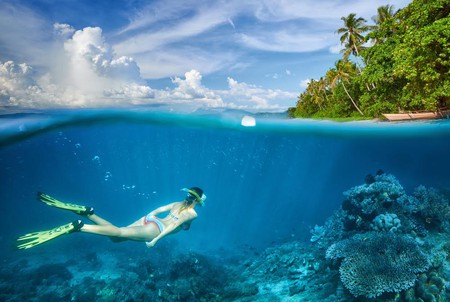 “These people are not drowning today,” Jessica Simmons told herself. “It’s not happening. We are going to get them out.”

Simmons had stopped at the beach with her husband in Panama City Beach, Florida when she noticed a commotion, according to the Washington Post. That’s when Simmons joined a group of several others to form a human chain to save a group of people who were seen struggling in the water in the distance. The chain grew to about 80 people and ended up saving nine people’s lives, including two young children.

“It’s so cool to see how we have our own lives and we’re constantly at a fast pace, but when somebody needs help, everybody drops everything and helps,” Simmons said. “That was really inspiring to see that we still have that.”

The swimmers, who thankfully survived with the help of these brave strangers, were caught in a powerful riptide that propelled them further from the shore. Riptides are often unexpected and can occur on any beach at any time. Many times, because the rip currents catch swimmers by surprise, they panic. Panicking limits your chances of survival. However, if you stay calm and remember these three easy steps, it could save your life.

Riptides are actually scientifically known as “rip currents.” According to the U.S. Lifesaving Association, rip currents are “powerful, channeled currents of water flowing away from the shore.” Because they’re flowing away, they tend to pull beachgoers further into the water, which can prove dangerous.

The best thing you can do to prevent being caught up in a riptide is identify the signs. Signs of a rip current include choppy/churning water, notably different water color, foam and debris moving quickly towards the ocean, and a change in the normal wave pattern.

2. Swim parallel to the current

3. Swim diagonally to the shore

If you can manage to remain calm and swim or float your way out of the current, swim diagonally to the shore to avoid getting swept back into the riptide. Once you’re back on the shore relax, take a deep breath, and pat yourself on the back. You survived.