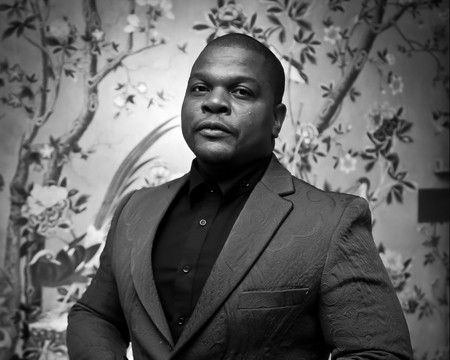 Kehinde Wiley has garnered critical acclaim for his naturalistic portraits of contemporary African-American men and women poised with magnificent valor. On Friday, the Smithsonian National Portrait Gallery announced that former president Barack Obama has commissioned Wiley to paint his official presidential portrait, which will be exhibited to the public in 2018.

Wiley inverted the antiquated traditions of portraiture when he established a groundbreaking practice depicting black subjects—many of whom the artist approached on the street or discovered in open calls—with exquisite art-historical gravitas.

Forged in styles and mediums reminiscent of the Old Masters, royal court portraiture, and Christian iconography, all of Wiley’s paintings situate his subjects in exalted positions of pride and power, akin to famous renderings of formidable figures in Western history. 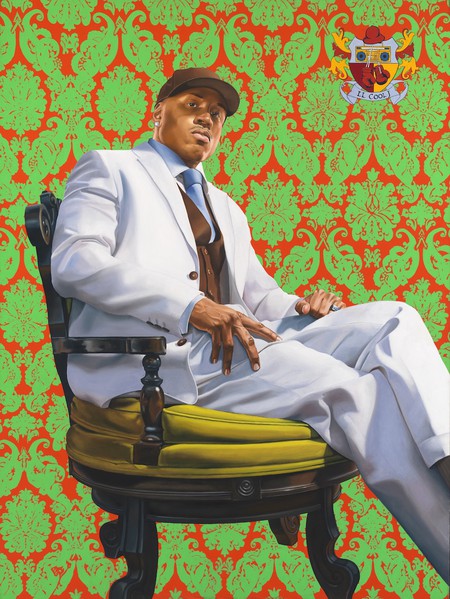 As the first African-American president of the United States, Barack Obama has indeed secured his own imperative place in history, and his choice to commission Wiley to paint his post-service portrait is a compelling one. It speaks not only to Mr. Obama’s artistic sensibility and continued patronage, but serves as a nod to the timeliness of Wiley’s practice in a country fractured beyond measure by centuries of racial tension.

The Los Angeles-born, New York-based artist confronts this imbalance by re-presenting his subjects in a brilliant new perspective—one that’s simultaneously novel and familiar. Enveloped by luxurious brocades that historically communicated wealth and station, Wiley endows his subjects with a seemingly divine authority.

Inspired by the regality of saints and nobles as depicted by great historical painters such as Holbein, Memling, and Ingres, Wiley communicates a transcendent dignity through those whom he paints—though his striking juxtapositions between the old world and the present day are never at the expense of his subjects’ identity. From their gilded canvases they exude autonomy and satisfaction, yet they’re captured with a sincere authenticity and portrayed with masterful realism, oftentimes donning their contemporary clothing.

“Wiley’s signature portraits of everyday men and women riff on specific paintings by Old Masters, replacing the European aristocrats depicted in those paintings with contemporary black subjects, drawing attention to the absence of African Americans from historical and cultural narratives,” explains the artist’s website.

Equestrian Portrait of the Count-Duke Olivares, 2005 oil on canvas 9 x 9 feet. From "Rumors Of War" series.

While Wiley is no stranger to painting figures of prominence (from The Notorious B.I.G to Kerry James Marshall, Glenn Ligon to Michael Jackson), immortalizing the first black president will be a commission of paramount importance, especially in the context of Wiley’s oeuvre.

The presidential portrait is a long-standing tradition. It is customary for each president and his first lady, upon the completion of their service, to respectively commission two sets of portraits: one set hangs in the White House, the other is exhibited at the Smithsonian National Portrait Gallery. 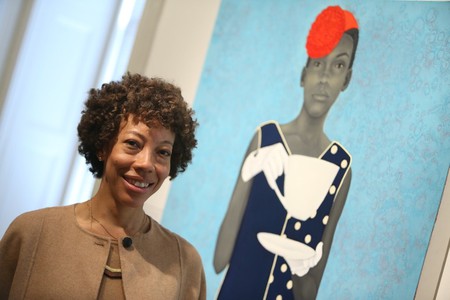 Michelle Obama has commissioned up-and-coming Baltimore-based artist Amy Sherald to paint her portrait. Ms. Sherald is not as well-known, though painting the former first lady will surely fast-track her recognition.

Sherald was the first woman to receive the National Portrait Gallery’s Outwin Boochever Portrait Competition in 2016 for her oil painting titled Miss Everything (Unsuppressed Deliverance). Like Wiley, Sherald’s figurative practice nods to the aesthetic of historic portraiture. 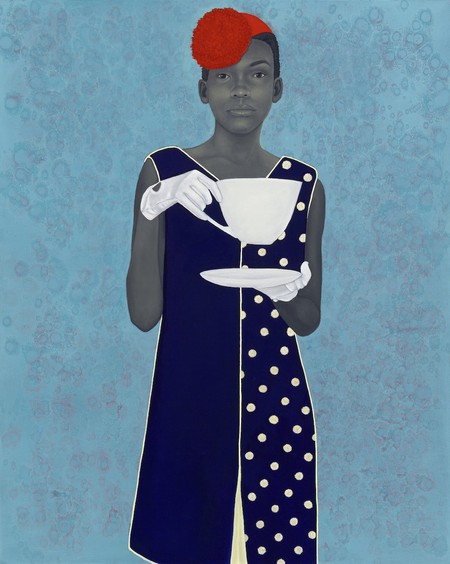 “The Portrait Gallery is absolutely delighted that Kehinde Wiley and Amy Sherald have agreed to create the official portraits of our former President and First Lady,” says Kim Sajet, director of the National Portrait Gallery in a press release. “Both have achieved enormous success as artists, but even more, they make art that reflects the power and potential of portraiture in the 21st century.”

The portraits will be unveiled early next year.