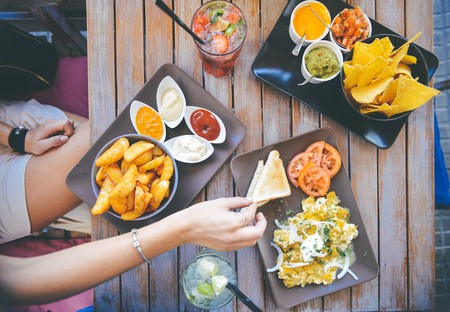 Think back to the last time you had a cold, and how blah it made your favorite foods. Smell is a big part of what makes eating such a pleasurable experience. It’s integral to taste, enhances the appetite and helps kickstart the digestive process by making our mouths water in anticipation of the flavors to come. Researchers have also discovered that smelling your food may encourage your body to gain weight, because life isn’t fair.

A team from the University of California–Berkeley divided mice into two groups and injected one group with a chemical that dulled their sense of smell. Those groups were then split into mice that were fed a regular mouse diet, and those on a junk food diet.

After a weigh-in they discovered the mice with a temporally disabled sense of smell gained only 10 percent of extra weight, despite access to a moreish high fat diet. Those with a normal sense of smell, however, gorged on the junk food and practically doubled in size. Even more interestingly, when the obese mice had their sense of smell inhibited they shrunk back to pre-study size very quickly. 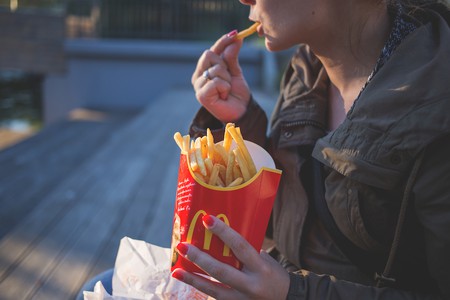 It wasn’t that the regular mice were eating more. Of the mice from both groups on a healthy diet, the able-smellers still gained more weight than the disabled-smellers. All the mice were eating comparable amounts of food and doing comparable amounts of physical activity, and the data revealed those that couldn’t smell even turned some of their white fat (the bad stuff) into brown fat (the stuff that burns energy and produces heat). In other words, smell doesn’t just affect appetite, it also affects metabolism.

Although their study was conducted on mice, the scientists claim it could theoretically work the same way for humans—stop smelling and burn more calories. More research needs to be done, but if the tactic is applicable it could be a secret weapon for weight loss.