Athletes Use Solar Eclipse to Showcase Their Skills 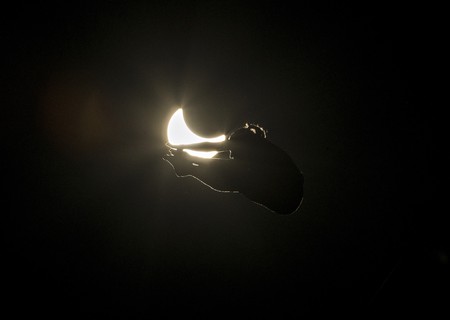 While huge numbers of people in the United States simply enjoyed the recent solar eclipse, a select few saw it as the perfect opportunity to display their athletic skills.

The August 2017 solar eclipse (the first coast-to-coast eclipse the US has experienced for 99 years) led to cliff divers and slackliners setting up their own very special stage. Four cliff divers from the Red Bull Cliff Diving series joined slackliners Alex Mason and ‘Sketchy’ Andy Lewis in Wyoming for the stunt. The iconic Corbets Couloir at Jackson Hole Mountain Resort provided the backdrop and it was all captured by National Geographic photographer Keith Ladzinski. 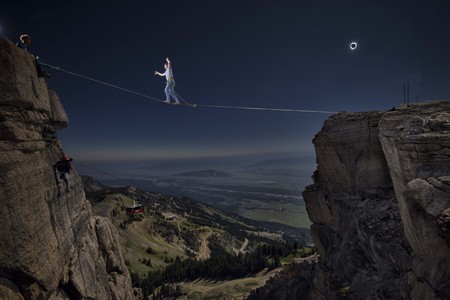 The eclipse started over the Pacific Ocean at 4.46pm (UK time) on August 21. By 5.04pm it reached the West Coast, appearing above Oregon, and then headed east. By 6.17 pm the eclipse reached its maximum point.

Mason, who was World Slacklining Champion in 2013, said of the stunt: ‘It was the most amazing and surreal experience of my life… it was really intimidating to take this on but I’m so glad I did. Such a once-in-a-lifetime experience.’

The line that Mason crossed was approximately 23 metres (75 feet) long, and he remained on the rope for the entire length of the totality: two minutes and 26 seconds. Lewis added, ‘The line is 150 feet off the deck, but with over 10,000 feet of exposure, it truly felt like I was walking in the sky.’

For the cliff diving, it was down to Helena Merten, Andy Jones, Orlando Duque and David Colturi to leap from a platform that stood approximately 20 metres (65 feet) above ground in McMinnville, Oregon. Captured by photographer Dustin Snipes, the shoot was aided through using high-optical quality front-surface mirrors. Snipes explained, ‘I was so excited that I was literally shaking a little bit.’ He went on to say, ‘It was all that rush of energy knowing that we had such a short amount of time and then nailing it four times in a row. Everything and everybody had to be in place. I’m still kind of speechless honestly that it turned out so well. It was everything I could ask for.’ 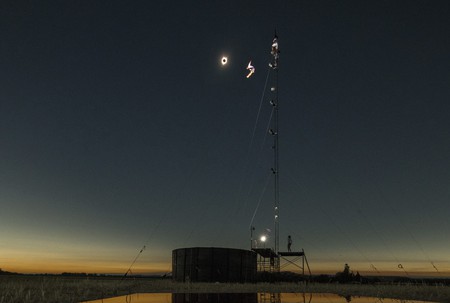 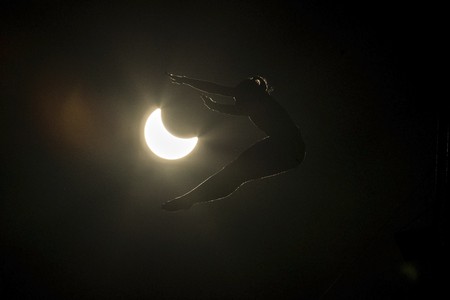 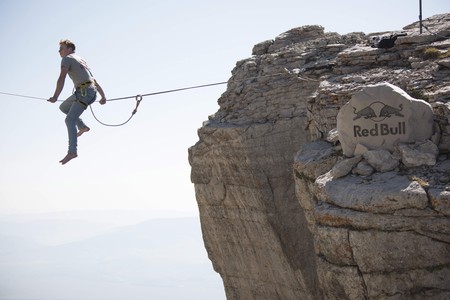 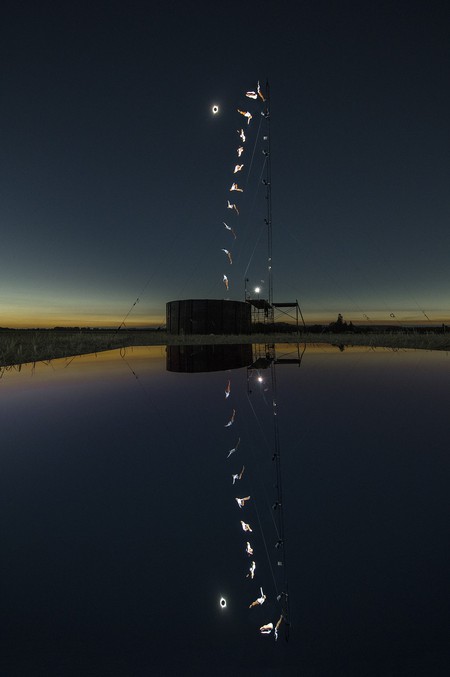 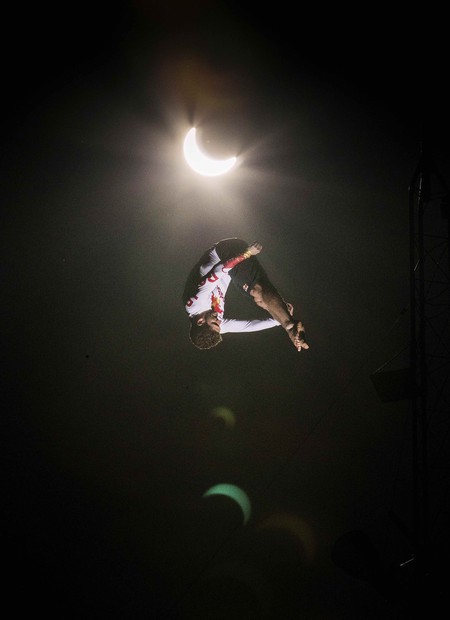