Artist-Designed Billboards Will Span the U.S. in the Country’s Largest Public Art Project 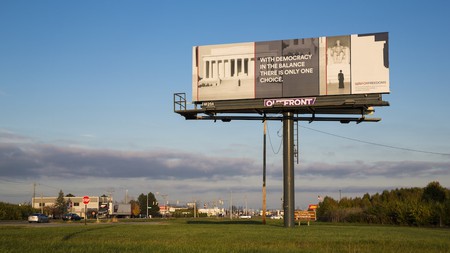 The 50 State Initiative in Columbus, Ohio | Courtesy of For Freedoms and Cultural Counsel

An ambitious new venture titled the 50 State Initiative will exhibit artist-designed billboards across the United States for what will be the nation’s largest-ever public art project ahead of the 2018 midterm elections.

On the morning of Monday, June 4, Kickstarter launched a national public art campaign in partnership with the organization For Freedoms—a political action committee (PAC) helmed by artists Hank Willis Thomas and Eric Gottesman. 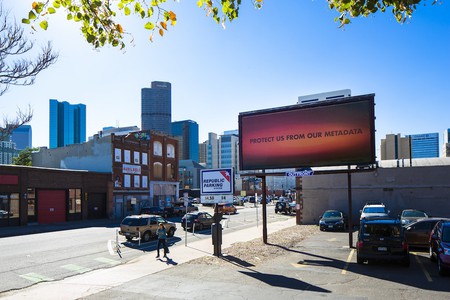 The 50 State Initiative in Denver, Colorado | Courtesy of For Freedoms and Cultural Counsel

Billed in a press release from Cultural Counsel as a “non-partisan, nationwide campaign to inspire broad civic participation through the arts,” the 50 State Initiative has garnered the support of some 200 partner institutions—from the Brooklyn Museum in New York City to Mass MoCA in Massachusetts and the Perez Art Museum in Miami—and 175 artists from around the United States, including Sam Durant, Zoe Buckman, Marilyn Minter, Dread Scott, Rashid Johnson, and Sanford Biggers.

“These billboards—each coupled with politically engaged exhibitions and town hall meetings organized by local partner organizations—will encourage and cultivate conversations on issues both local and national, empowering artists and arts institutions to be community leaders in civic engagement,” Cultural Counsel explained in a statement.

The 50 State Initiative in Harrisburg, Pennsylvania | Courtesy of For Freedoms and Cultural Counsel

The 50 State Initiative has been introduced by way of 52 Kickstarter campaigns—one for each of the states plus Washington D.C. and Puerto Rico—each with a goal of $3,000. The momentous project marks the first time Kickstarter has worked directly with an organization to launch multiple simultaneous campaigns.

Patton Hindle, head of Kickstarter Arts—a branch of the Kickstarter platform that supports artists working outside of the fine art industry—explained to Culture Trip in an email: “The success of the 50 State Initiative depends upon a global community asserting that art is an important vehicle for civic discourse, and that we owe it to each other to champion each others voices. Both For Freedoms and Kickstarter believe that art is a necessity in a productive society. We know that artists are able to often speak to issues well ahead of our civic leaders and news media. The 50 State Initiative is incredibly forthright in giving the creative control back to the cities and towns where these billboards will be located.”

With a mission of “bringing creative projects to life,” Hindle acknowledges the potential in a public art project funded by patrons—in the way of everyday people rather than wealthy collectors—across the country. 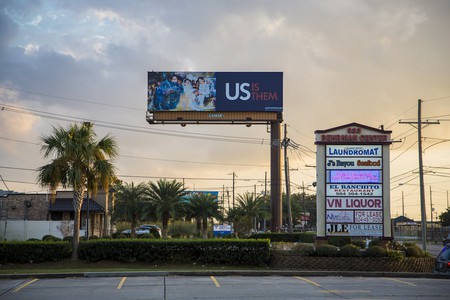 “It’s our hope, and For Freedoms’s, that this will make a global community feel responsible for each other, as well as connect to a massive web of arts patrons,” said Hindle. “We want people to be invested in our collective future. While this project is within the 50 states, Washington D.C. and Puerto Rico, we expect to see participation and support from across the globe. People want to be a part of something this dynamic. It’s a movement.”

The billboards of the 50 State Initiative will be on display across the country from September until November 2018.