Around The World In 17 Phenomenal Photographs

Showcasing the best photography from around the world, the annual prize has selected a range of phenomenal photographs from the professional category to mark the end of 2016. These photographs grapple with environmental issues, cultural diversity, social stigmas, political unrest and racial displacement with poignant and dramatic effect. 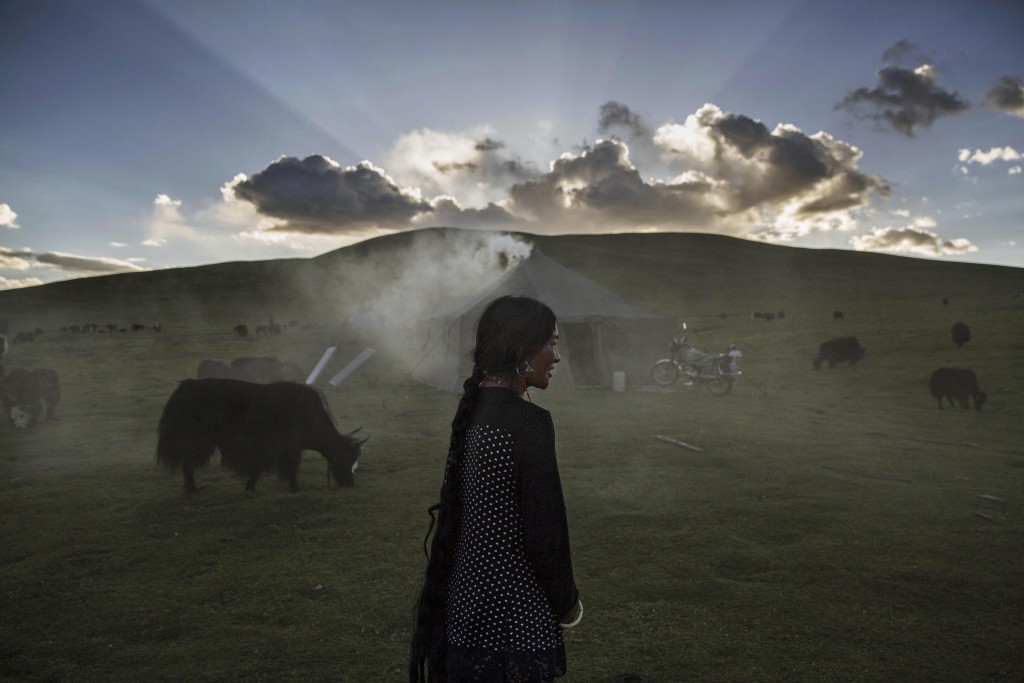 Kevin Frayer was named winner of the People category with his stunning photograph of a Tibetan nomad. Taken at the world’s highest and largest plateau, Frayer’s image considers the challenges nomads face, including resettlement by China’s government and rapid modernization. The Tibetan Plateau, often called ‘the Roof of the World,’ is the world’s highest and largest plateau. 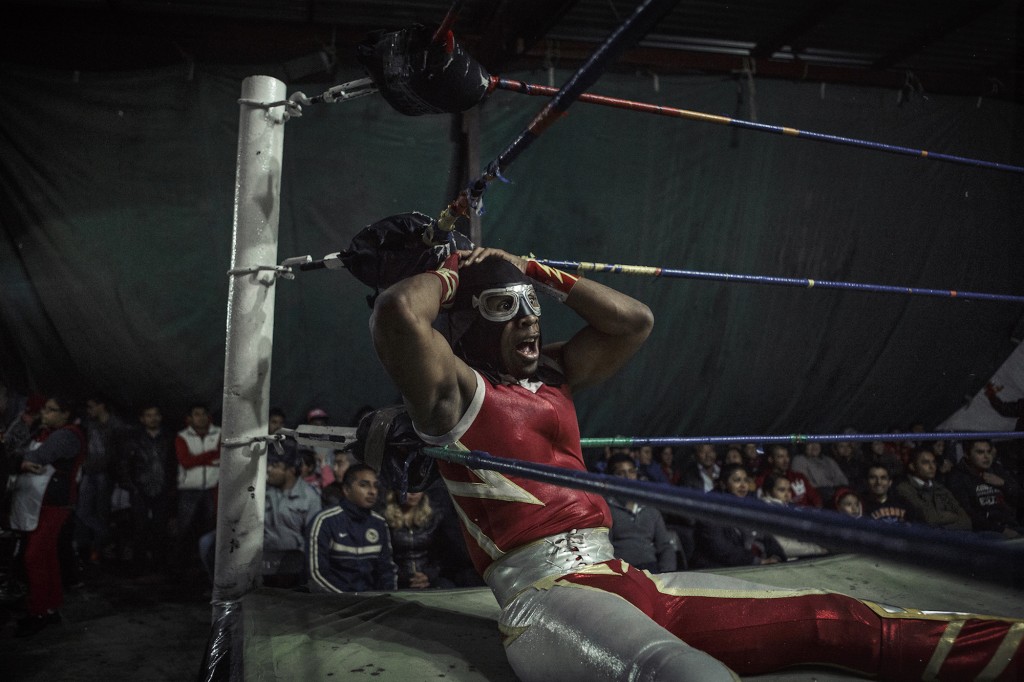 Annick Donkers took this photo whilst she was assisting a Hardcore Wrestling match, which are forbidden in Mexico City but still permitted outside the city. A local carwash in the village where El Santo, Mexico’s most famous wrestler, was born is turned into an arena for the extreme sport. 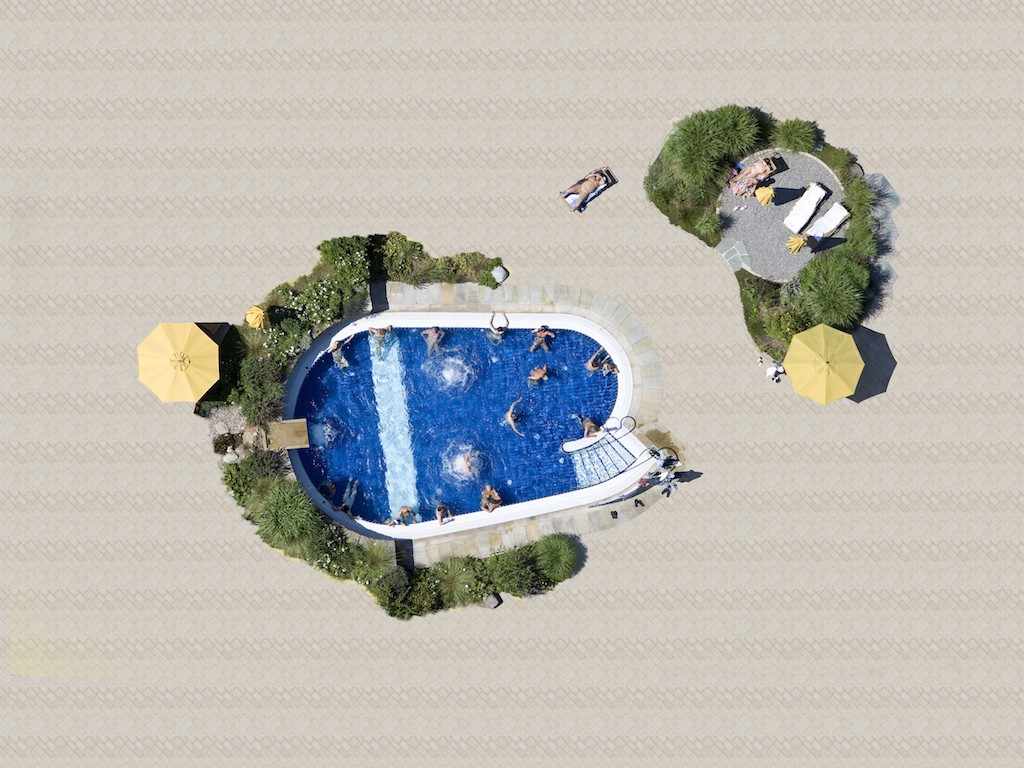 Stephan Zirwes draws our attention to the importance of water as a public resource and makes us consider how we waste it in recreational frivolities. 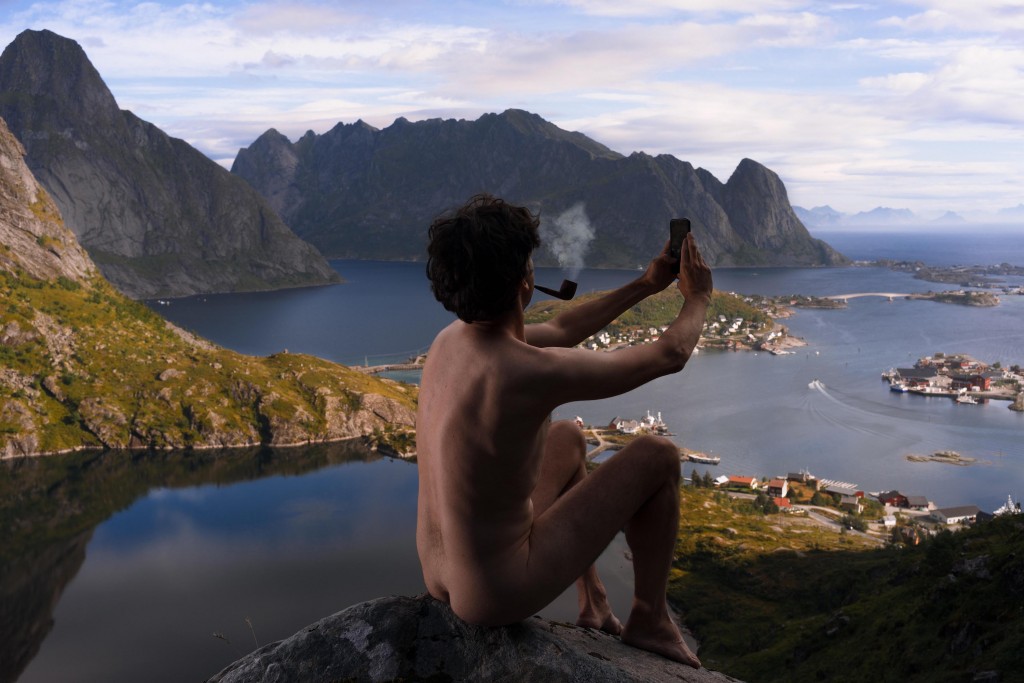 In The Selfie Project, Eliassen wanted to “explore how self portraiture for many people has become an obsession, and how presence in a self portrait situation is absent, or becomes a peculiar part of the ‘selfie’ act.” 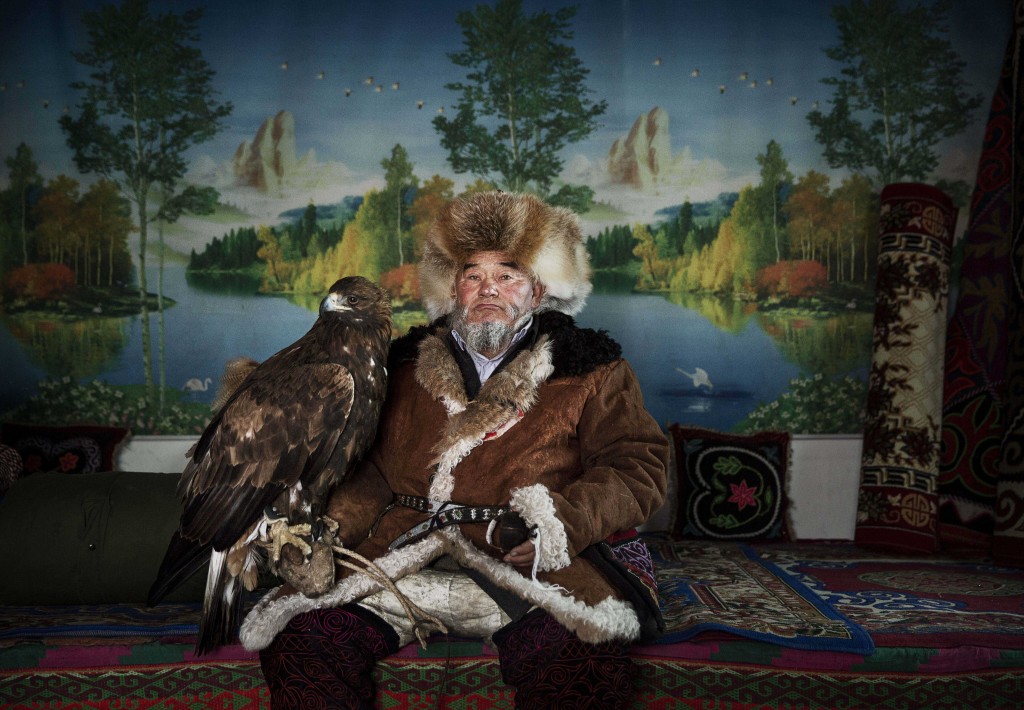 Another stunning shot by Frayer that scooped him a winning title in the Environment category was taken at the Eagle Hunting Festival in the mountainous region of western China that borders Kazakhstan, Russia and Mongolia. 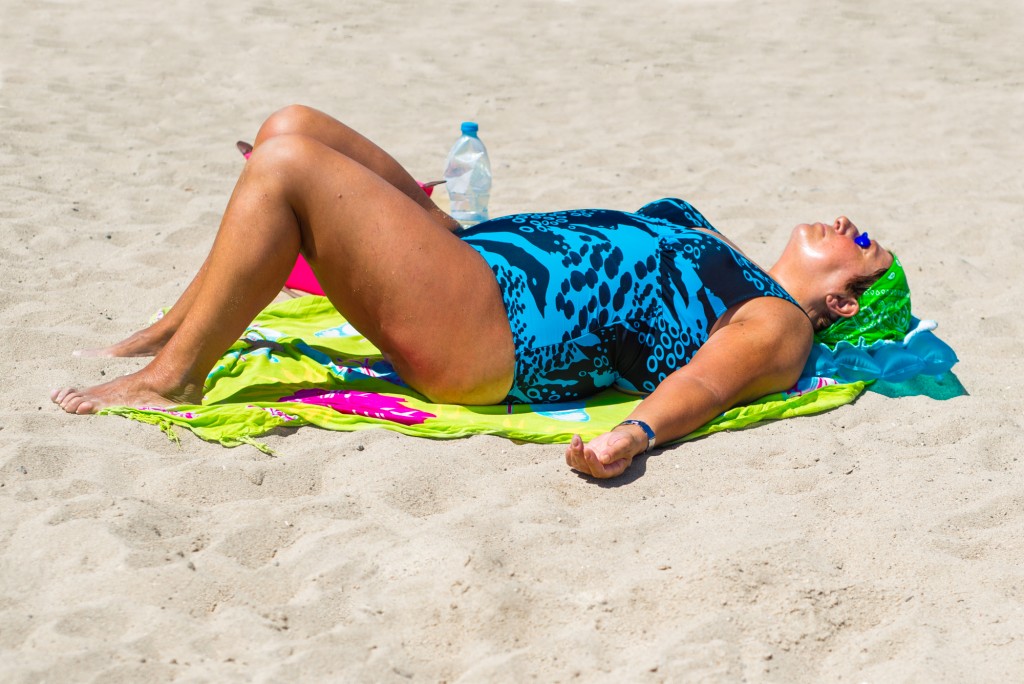 By taking away the context of location, Beltran transforms a spontaneous shot of a sun worshipper into a statuesque parody. 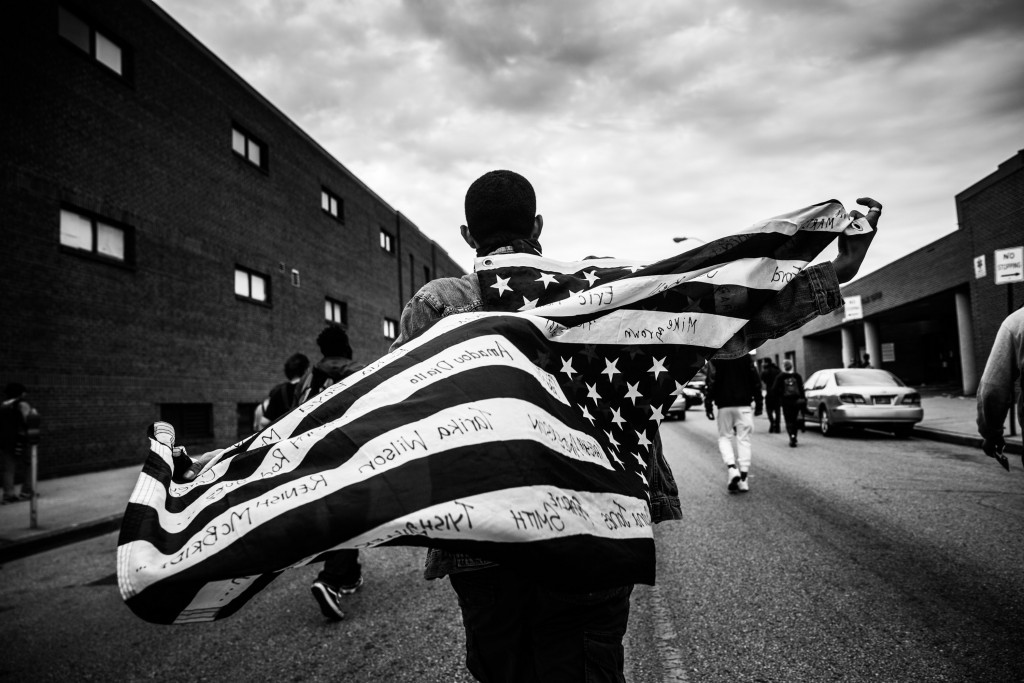 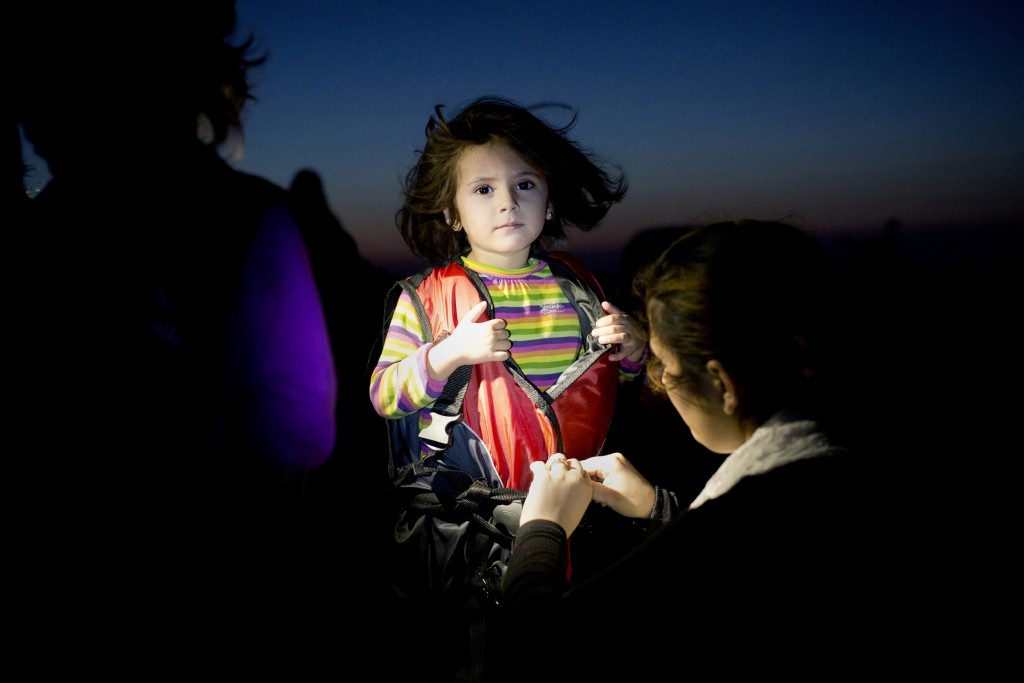 Thousands of Middle Eastern refugees and migrants make treacherous journeys across the Aegean sea to enter the European union. Angelos Tzortzinis’ photograph of a little girl highlights the hopes of starting a new life and the challenges that that entails. 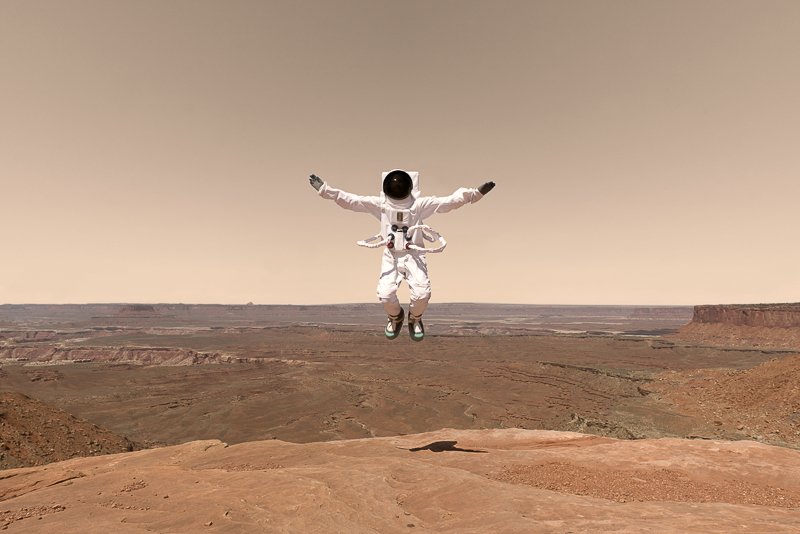 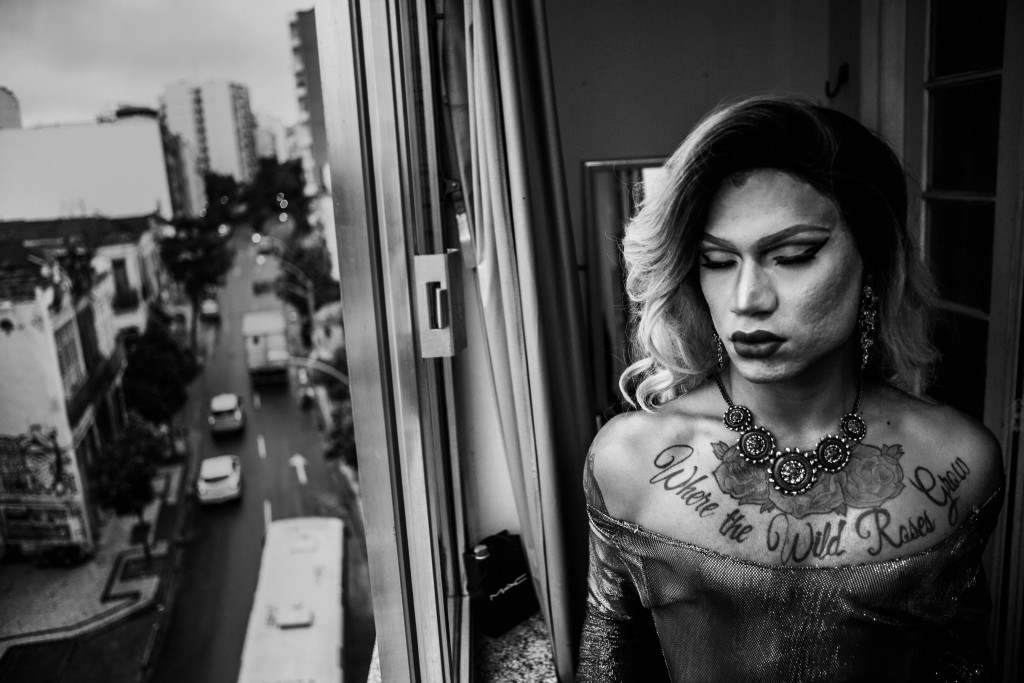 From the perspective of documentary photography, Jetmir Idrizi’s ongoing Trans Brasil project looks at the hybrid nature of identity. 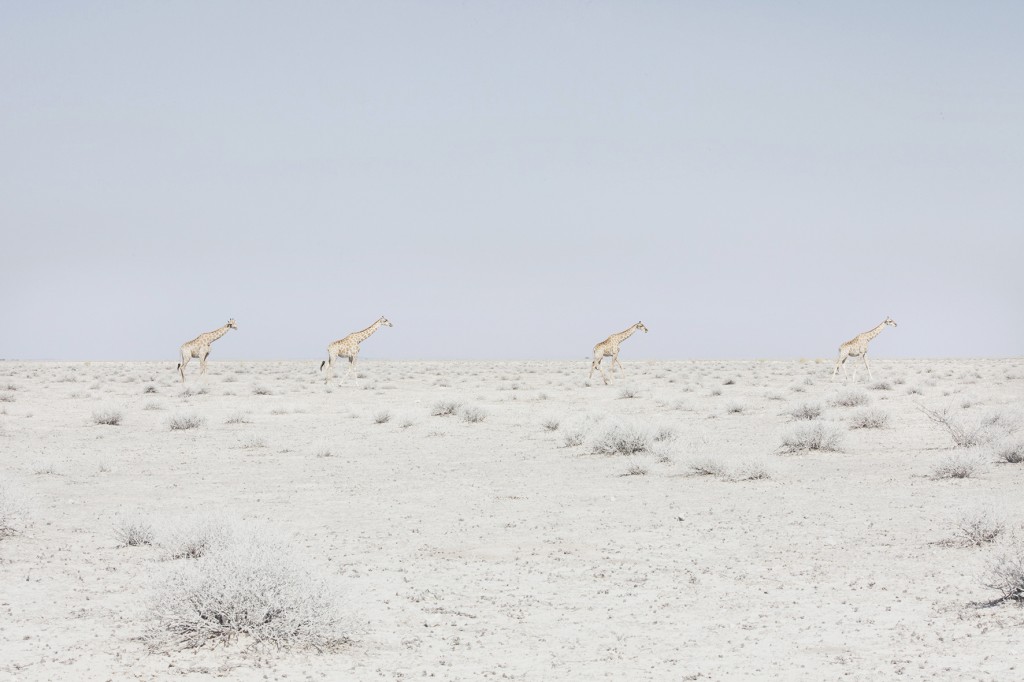 The barren Namibia desert is the least densely populated place on earth. Maroesjka Lavigne had to be patient to get this exquisite symmetrical shot of a herd of giraffes. 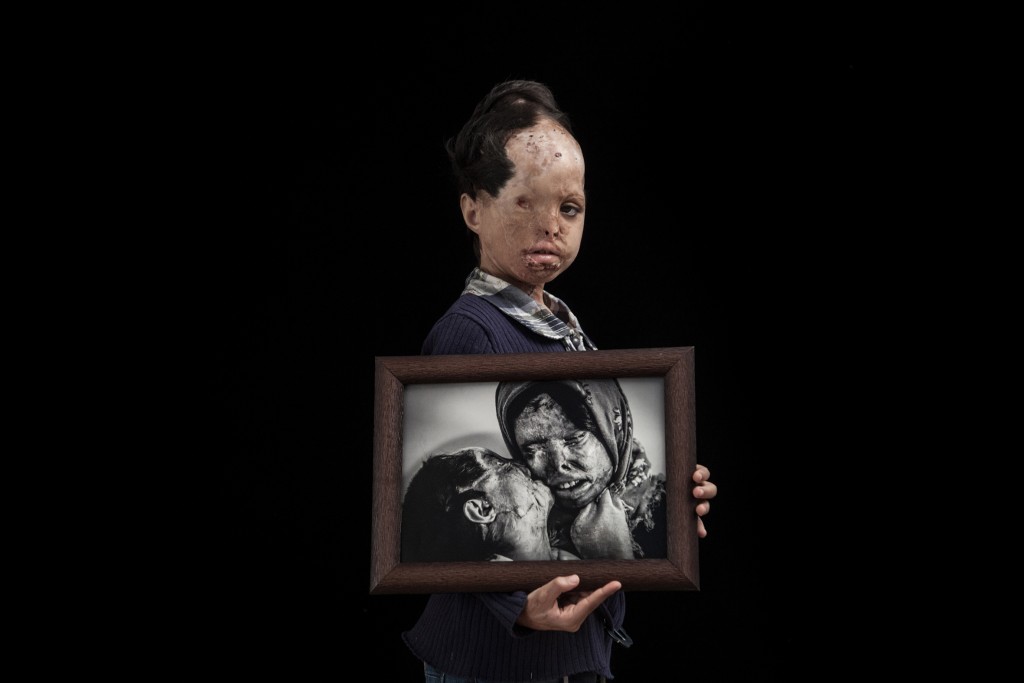 The horrendous act of acid throwing is inescapable in Asghar Khamseh’s moving photograph, which won fist place in the Contemporary Issues category. A disturbing and violent reality, these attacks are aimed at women and children due to intolerance, family conflicts, and revenge. 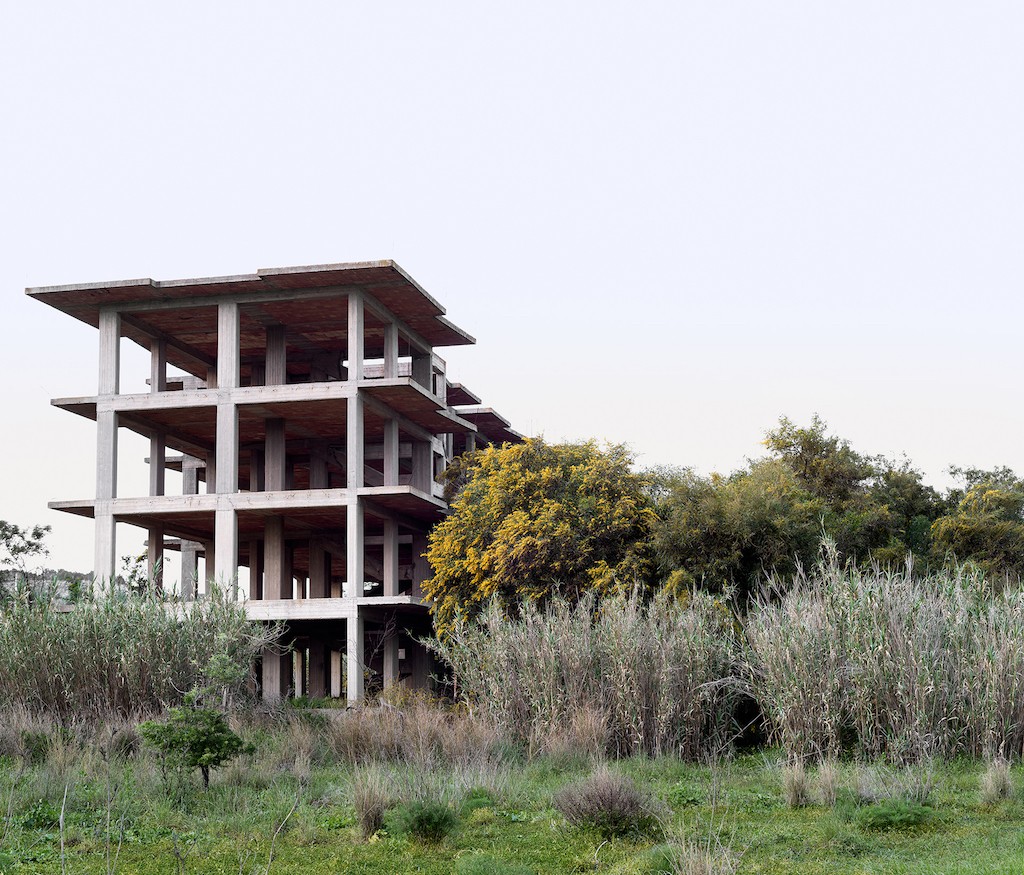 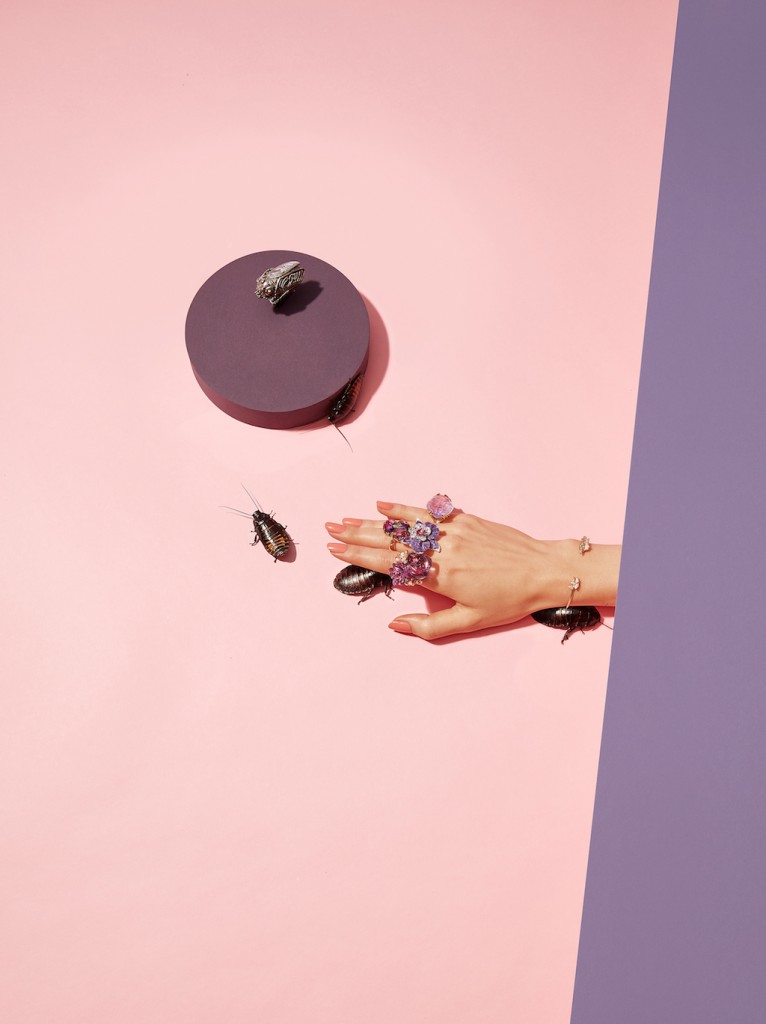 Oliver Schwarzwald’s satirical still life composition of bugs and bling was published in an editorial for German Stern magazine. 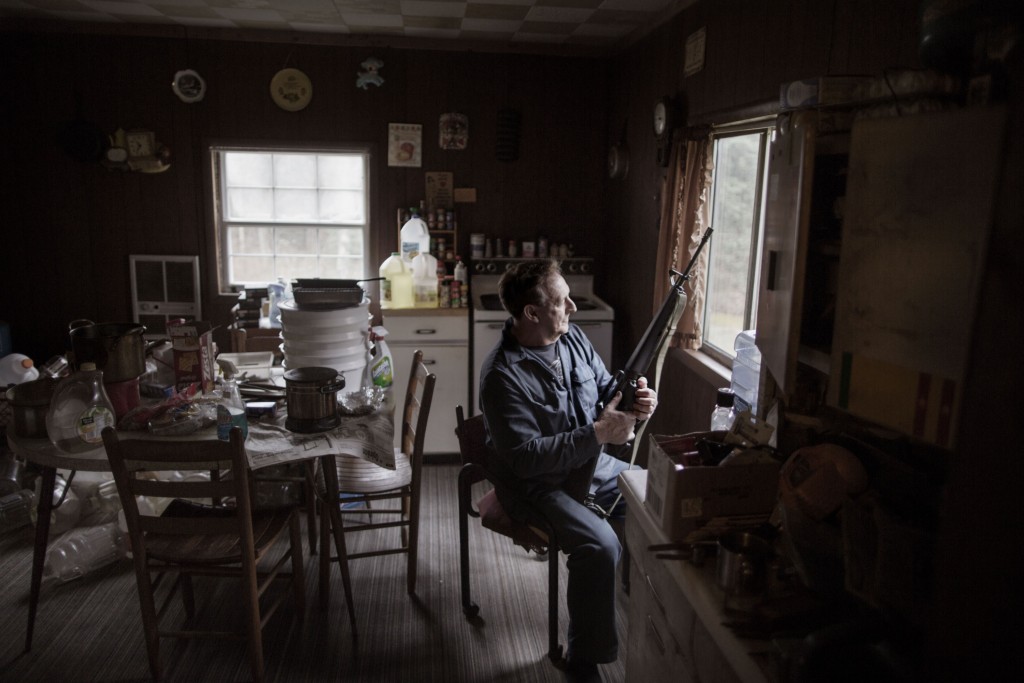 West Virginia suffered mass redundancies in the coal industry with the implementation of new environmental regulations. Espen Rasmussen’s photograph captures the impact on towns like Beckley and Mullens, where lack of income means substance abuse and violence dominate struggling communities. 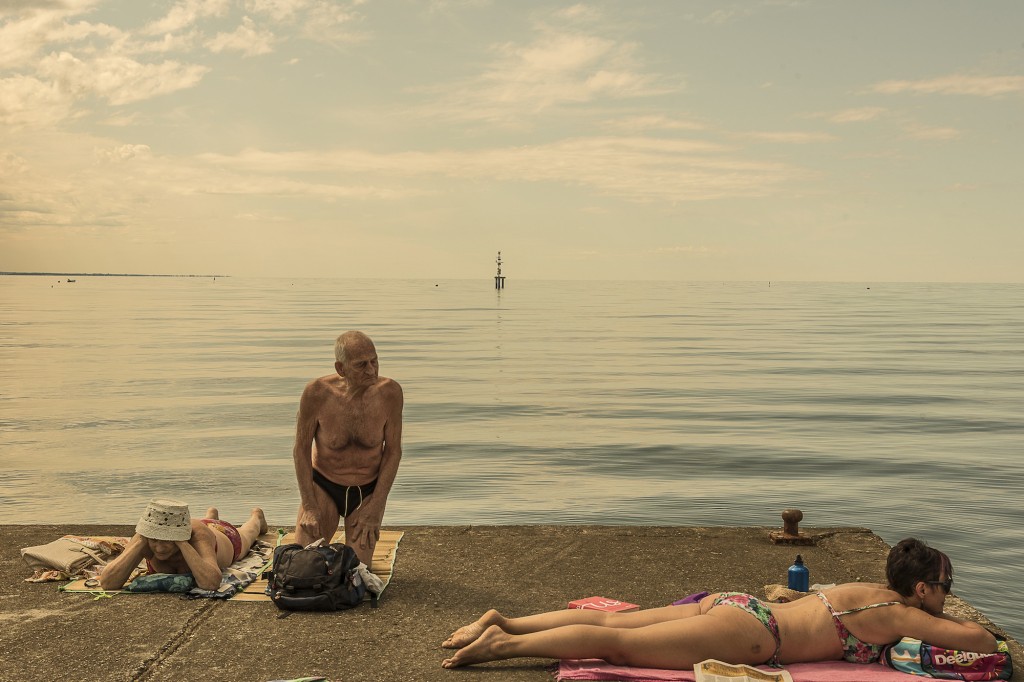 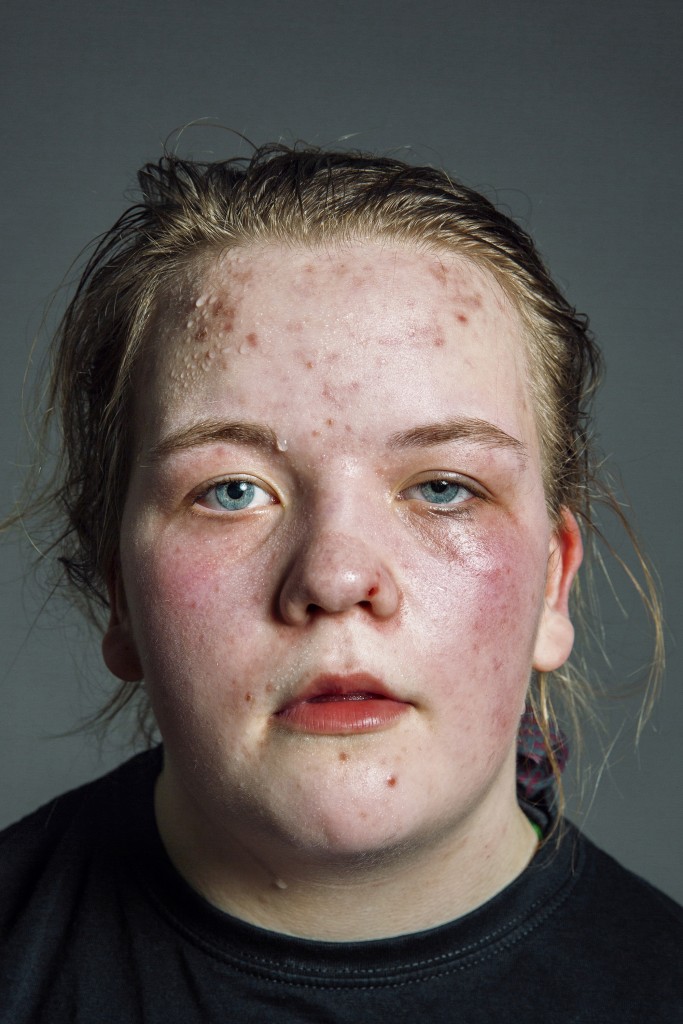 This striking image comes from a series of portraits Linares took of silver medal winners just after losing their final at the Zealand boxing Championships, in Copenhagen.

Want to read more about the Sony World Photography Award? Here are the winners of the Open category and National Awards.