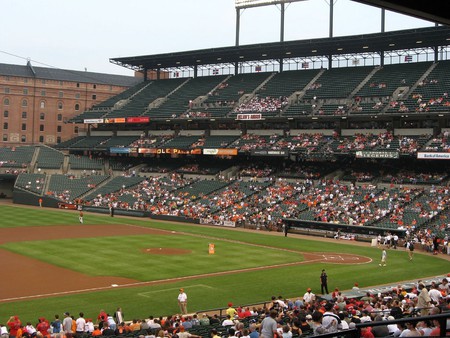 Major League Baseball (MLB) attendance is down nearly seven percent from a year ago and is at its lowest point in 15 years. Here’s a look at the numbers and some of the potential reasons why fans aren’t as interested in America’s pastime.

Baseball may finally lose its beloved designation as America’s pastime. Fans are clearly losing interest in the sport and league, and glaring attendance figures prove it.

As of June 15, average MLB attendance is 27,328, down 6.6 percent from a year ago, and 8.6 percent overall, according to Stats LLC. Baseball hasn’t experienced an attendance drop of more than 6.7 percent in a single season since 1995, a year after the player strike forced the cancellation of the 1994 World Series.

The league has been plagued with rain delays this season—as of June 17 there have been 37 postponements compared to 39 in the whole 2017 season—as well as 16 of 30 MLB teams with records of .500 or worse. Sixty percent of the league has posted a worse attendance date in 2018 than in all of last season, with the Miami Marlins, Toronto Blue Jays, Cleveland Indians, and Kansas City Royals seeing the largest declines.

“We are concerned there’s something to it more than weather,” MLB commissioner Rob Manfred told The Wall Street Journal. 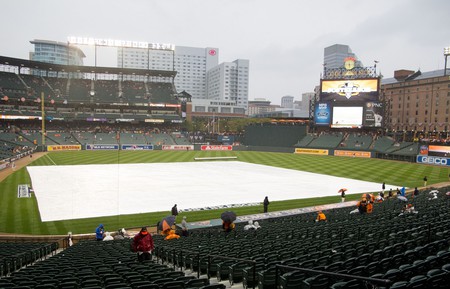 Rising ticket costs certainly haven’t helped. The average cost to attend an MLB game grew 2.7 percent (or $32.44 for a non-premium game ticket) for 2018, according to Team Marketing Report. An average premium seat is now $114.50, notes Forbes. That doesn’t even include added costs for parking/transportation, concessions, and souvenirs to complement your game-day experience.

Not only is attendance low for baseball, but overall interest in the sport in the United States has been waning. According to a recent Gallup poll, nine percent of Americans who said baseball was their favorite sport to watch is the lowest percentage since Gallup first began asking the question in 1937. Baseball was named their favorite sport to watch in 1948 and 1960, but football has been top of the list since 1972.

While baseball can’t compete with the popularity of the National Football League (NFL) in the U.S. anymore, it has other sports, specifically soccer, hot on its heels in terms of popularity. Seven percent of those surveyed from December 4–11, 2017, named soccer as their favorite sport to watch.

MLB and Manfred aren’t taking these numbers lightly. The commissioner said the league is looking into more fan-friendly scheduling in 2019, including two-game weekend series between rivals, among other changes.