Anthony Bourdain: The Chef and Writer Who Sparked a Modern Food Movement 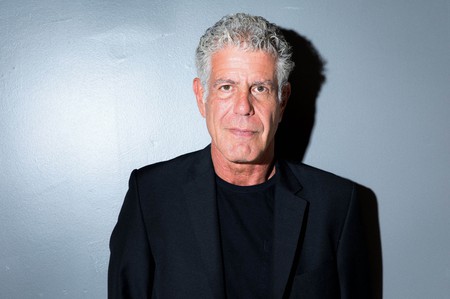 Celebrity chef, writer, and activist Anthony Bourdain hosted groundbreaking shows that mixed travel with food. In the wake of his death, Culture Trip examines his legacy as the chef who shifted the long-established perception of food and introduced us to a diverse culinary world.

Globetrotting chef Anthony Bourdain delivered the world’s unfiltered culinary landscape and exotic terroir straight into people’s living rooms. He traveled the world with chef friends, slurped noodles with President Obama in Vietnam, and conversed with locals to gain a more intimate understanding of culture and food, all with an unabashed openness to learn. His television shows, Anthony Bourdain: Parts Unknown and Anthony Bourdain: No Reservations, whetted our appetites for food-based travel. 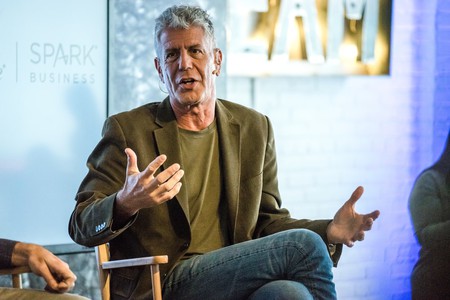 He first rose to fame upon the publishing of his first book, Kitchen Confidential: Adventures in the Culinary Underbelly, a behind-the-scenes glimpse into the culinary industry and restaurant kitchens, as well as Anthony Bourdain’s personal story. From there, he landed on A Cook’s Tour at the Food Network, before starring on the Travel Channel’s Anthony Bourdain: No Reservations. In 2013, he switched over to CNN, filming eleven seasons of Anthony Bourdain: Parts Unknown. He was nominated for an Emmy for an episode in Beirut which documented his travels just as the Israel-Lebanon conflict erupted, and he received a Peabody award for his work on the two shows. Both programs succeeded in broadening the public’s scope of not only the world, but of the world’s wealth of food.

Through his travels, Bourdain introduced a comprehensive roster of eclectic, cerebral, and unusual fare to his viewers—many of which are infrequently (if ever) consumed in the United States. He ate fetal duck egg in Vietnam, gobbled down a beating cobra’s heart in Saigon, and swallowed sheep testicles in the Moroccan desert. His audacity and urge for adventure showcased his passion for travel and food as he shuttled his camera crew through a wide breadth of cities, towns, and villages.

Here’s a look at some of his best moments.

The first episode Bourdain filmed of No Reservations was set in Paris, introducing him to the world as the charismatic bad boy, chain-smoking chef: a stormy, trench coat-clad man wandering the wet streets of the French capital. The Paris episode set the stage of what was to come: a new, avant-garde kind of travel show, one where he was more than willing to break all time-honored rules.

While filming in Beirut, the crew witnessed the break-out of the Israel-Lebanon conflict, which forever changed both Bourdain and the show. Bourdain was trapped in the country, watching firsthand as neighborhoods were destroyed after having just dined on kibbeh and other traditional Lebanese food. They were eventually evacuated by the Marines, and after that, No Reservations became more than just eating.

But the shows certainly weren’t entirely gloomy; he managed to blend food and culture with a glimpse into his own life. His penchant for tattoos led to a tradition of him getting inked during his travels; on a trip to Borneo, located in Southeast Asia, a group of tribesman hammered a star into the middle of his chest, and in Miami, Florida he got a skull inked on his shoulder. And there was plenty of humor, too: he took a gussied-up Alton Brown to a strip club while in Atlanta, shot, plucked, and roasted ducks with Daniel Boulud, and had alcohol-infused hallucinations (as well as raw blood soup) in Thailand.

Bourdain will certainly be remembered for his willingness and openness to unveil a host of diverse cultures to the public through the lens of food, along with his cheeky, down-to-earth point of view.

If you or someone you know is having suicidal thoughts, call the National Suicide Prevention Lifeline at 1-800-273-8255 (TALK), the Crisis Text Line by texting 741741, or head to SpeakingOfSuicide.com/resources for a list of resources.