Ansel Adams’ work needs little introduction. His awe-inspiring black-and-white photographs of the Yosemite National Park are iconic in their melancholy, masterful execution and uniqueness, and signaled a new chapter in nature and wildlife photography in the first half of the 20th century. We take a close look at the life and work of America’s most recognisable nature photographer. 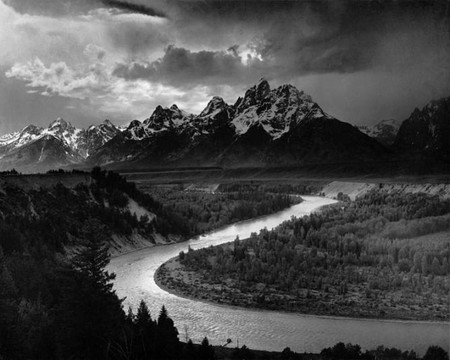 There is a vast tract of wild land in California’s mountain range of Sierra Nevada, sprawling over more than 230,000 acres south-east of the Yosemite National Park, dominated by beautiful forests and breathtaking nature. In 1984, the American Congress named this breathtaking area after one of the greatest American artists of the 20th century, a photographer who discovered the art of the camera in the Yosemite Park indeed, and spent the rest of his life capturing its unspeakable beauty in his marvelous prints. This land is called the Ansel Adams Wilderness.

An only child, Ansel Adams was born on 20 February 1902 in San Francisco. Adams was an irrepressible child, compelled by boundless energy. The traditional school system soon proved inadequate to contain the force that was little Ansel. Eventually, when he was 12, his father Charles surrendered to his hyperactive drive, took him out of school and catered to his education himself, along with the help of a few private tutors. In so doing, Ansel could better fit studying into his busy schedule of roaming around the heights facing San Francisco’s Golden Gate Bridge, where their home was located. Early in his adolescence, Ansel Adams encountered what, for the first time, would have succeeded in restraining his exuberance: a piano. He quickly became obsessed with playing the instrument, and despite the severe financial troubles the family business was struggling with, his father, who bore endless love for his only son, made sure that he was guided by the best music teachers in the city. 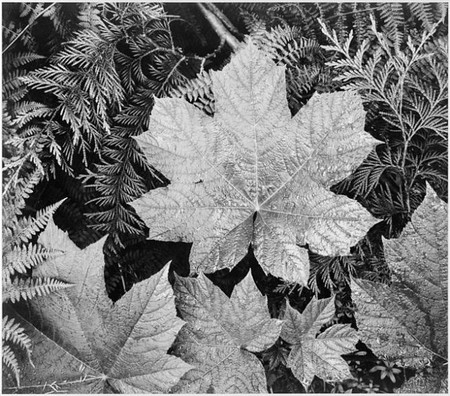 In 1916, the Adams family took a trip to the Yosemite Valley that turned out to be a groundbreaking trip for Ansel, who was then 14. It was the first time that he visited the Yosemite Park: the jaw-dropping majesty of those pristine natural landscapes left lasting impressions with the young boy. Later in his life, Adams recalled that “from that day, my life has been colored and modulated by the great earth gesture of the Sierra Nevada,” and that on the first visit to the Yosemite Valley, “a new era began for me.” It was during that trip that his father, again turning out to be a key figure in his life, gave him a Kodak Brownie box camera as a gift. For the next few years, Ansel devoted his time to music and photography equally, spending the autumn in San Francisco practicing piano for over six hours a day, and the summers in the Yosemite Park taking pictures. All the while, he was, however, still determined to become a professional piano player. But in the early 1920s he switched to photography completely, disappointed with the “insincerity” and “distorted values” of the music milieu. 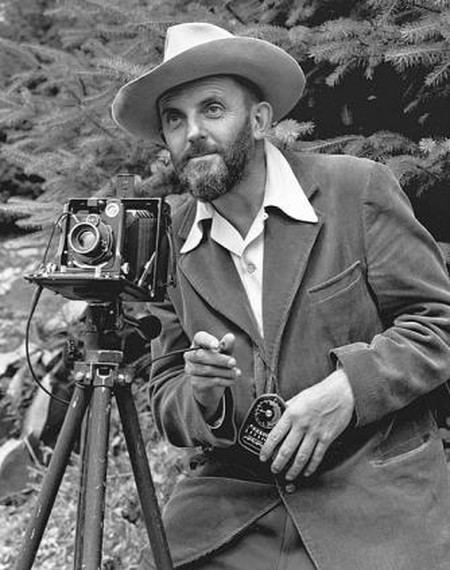 “Photography is really perception, the analytic interpretation of things as they are,” Ansel Adams once wrote. Over the span of his long career, Adams’ preoccupation has always been that of conveying the feelings he would get exploring the wilderness of the Yosemite Park. His photography isn’t about geography or geology, it didn’t rise out of a naturalistic interest; it was Adams’ way to express the marvel, even the ecstasy he experienced when surrounded by the pure beauty of the Sierra Nevada. Looking in particular at the lyrical, poetic prints of his early production, one can’t help but feel a sense of spiritual communion with the depicted mountains, rivers, rocks, plants, even something as small as a leaf. Upon seeing Ansel Adams’ photographs, the viewer is reminded that humanity is not the world, but only a part of it.

From the 1940s on, Adams’ work shifted towards larger-scale panoramas. Unlike what he had been doing before, he started including large portions of the sky in the frame, emphasising the dramatic splendor and grandeur of the American landscape. But as the landscape got bigger, the man became smaller: in the presence of such gargantuan, overwhelming beauty, the sensation is felt sharply that human beings are but a fraction of the earth. Such change of pace in Adams’ photography was partly determined by a few assignments for which he was required to create larger prints than usual; but then the Second World War broke out, and an existential nuance arguably crept up into the photographer’s vision. 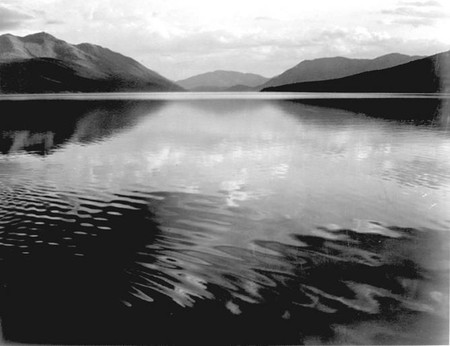 Aside from the extraordinary subject matter, Ansel Adams has a seat among the greatest photographers of all times for his exceptional knowledge and mastery of analogue photography and darkroom techniques. Light and shadows, and all the tones in between, are beautifully rendered in his black and white, detail-rich prints. Years of practice made him incredibly skilled at photographing in any weather conditions, setting his large-format camera just right to capture the perfect but fleeting light. The short-lived instant is central to Adams’ work: all his images are based on an interplay of light and shadows, to the extent that clicking the shutter moments before, or moments after, would have produced a different picture every time. The amazing nature would still be there, but not the light. One of his masterpieces, titled Moonrise, is the photograph of a cemetery in Hernandez, New Mexico. The moon is clearly visible in the sky; meanwhile, the sun is setting down, and its dying light illuminates the crosses at the cemetery. It is recounted that Adams stumbled upon the scene and, while hectically preparing to get the shot, couldn’t find his light meter. Drawing on his vast experience, he calculated the exposure himself and took one of his best images. Another few moments, and the sun would have disappeared completely, plunging the crosses into darkness.