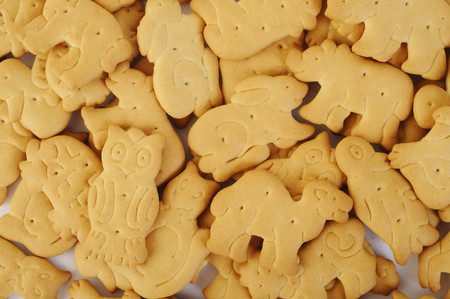 After pressure from PETA, Nabisco has freed the caged African animals featured on its Animal Crackers packaging. PETA advised the company to change the design as circus animals are often kept in cruel conditions.

The animals on the box of Nabisco’s iconic Barnum’s Animal Crackers have finally been released from the circus. Following pressure from the People for the Ethical Treatment of Animals (PETA), the company has redesigned its packaging to feature the animals roaming free on the savannah.

Animal crackers are an American institution, with even a Shirley Temple song (‘Animal Crackers in My Soup’) namechecking the snack. The sweet, crumbly cookie has featured more than 50 different animals, including camels, mountain goats and bison.

PETA advised Nabisco to alter the design in 2016 as animals in circuses are often kept in cruel conditions. The packaging has featured circus animals being transported since 1902, with the Barnum name referencing PT Barnum’s circus, which traveled with caged animals.

“Circuses tear baby animals away from their mothers, lock animals in cages and chains, and cart them from city to city … They have no semblance of a natural life,” PETA wrote in a letter to Nabisco. The packet now features a lion, elephant, gorilla, zebra and giraffe roaming free across the plain.

Nabisco Barnum's Animals crackers has redesigned the packaging after relenting to pressure from People for the Ethical Treatment of Animals, removing the cages from the cover. Photo by @ap.images #animalcrackers #barnum #barnumsanimalcrackers #food #nabisco #lion #elephant #giraffe #cagefree

The change was made to promote animal welfare, with a Nabisco spokesperson saying that the company had always been at the forefront of “awareness around key animal and environmental issues” and that “to continue to make the brand relevant for years to come, we felt this was the right time for the next evolution in our design, now showing the animals in a natural habitat.”

PETA was thrilled with the change, taking to Twitter to voice its approval. “Big victories can come in small packages,” the group wrote. “After working with PETA, their [Nabisco’s] new box for Barnum’s Animals Crackers perfectly reflects that our society no longer tolerates the caging and chaining of animals for the circus.”

The declining popularity of circuses may also have contributed to the redesign. The Barnum & Bailey Circus named on the box, which merged with the Ringling Bros Circus, folded in 2017. It blamed the end of the 146-year-old business on high operating costs and low attendance numbers.