An Introduction To Tim And Jeff Buckley In 10 Songs 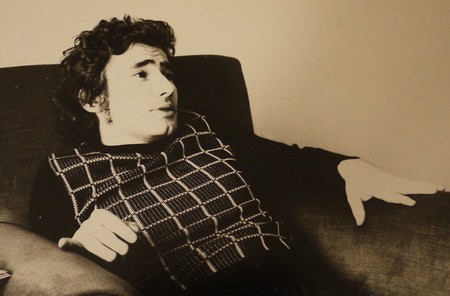 In 1966, Tim Buckley was only 19, already divorced from his high-school love and a father of a son he would never raise. It was around this time he came out of nowhere to release “Song For Janie” to the world. Though he died only nine years later, he had enough time after this to provide music with some of its most sensitive ballads and unconventional pieces. He was then gracefully taken over from by his aforementioned son, Jeffrey, in the early 1990s. Culture Trip invites you to rediscover the Buckley family’s musical legacy through a few of Tim and Jeff Buckleys most unforgettable songs.

Featured on Tim Buckley’s second album, Goodbye and Hello, ‘Once I Was’ certainly is one of the most emblematic songs by its author. Although Tim Buckley showed he was a man of all genres, swinging from rock to jazz, playing funk alongside pop or folk, this one song is a great example of the romantic ballads that gained him his fame. It sounds fragile and haunting – Tim Buckley at his best.

Further Listens: ‘Knight-Errant,’ ‘Sing a Song For You,’ ‘It Happens Everytime,’ ‘Dolphins‘

By the time Goodbye and Hello was released, The Beatles were at the top of the charts all over the world and had already started to explore the psychedelic genre. Buckley followed their lead by embracing it with his ‘Phantasmagoria in Two.’ However, as often in Buckley’s work, there is no proper chorus; the song naturally flows among his psychedelic intonations and sounds entirely unique. Quoted by Lee Underwood in Tim Buckley: Chronicle of a Starsailor, the musician explained: ‘Sometimes you’re writing, and you know you’re just not going to fit in. But you do it because it’s your heart and your soul, and you gotta say it. It’s the foremost thing in your mind.’

Tim Buckley – ‘Song to the Siren’

In 1968, Tim Buckley performed ‘Song to the Siren’ with only a guitar and his fragile voice on The Monkees TV show. The song sounded both like an episode from Homer’s Odyssey and a poem about a real life love that will never be reciprocated. The result was nothing less than hypnotizing, but it was not until 1970 that Buckley found himself satisfied enough with a recorded version of ‘Song to the Siren’ to officially release it. It then became part of his experimental fifth album: Starsailor. The song doesn’t really match the rest of the album: it is a melancholic and slightly painful break in its strangeness.

In 1969, Tim Buckley featured his ‘Dream Letter’ on his Happy Sad album. Of the two adjectives in the title, sad is the one that seems to suit the song best. It is hard not to associate its calling to Tim’s former wife and abandoned son; the song clearly stands among his most touching – almost hurting. It is filled with helplessness and regret, and lines like ‘does he ask about me?’ are hard to ignore.

Further Listen: ‘I Never Asked to Be Your Mountain,’ ‘The Father Song‘

Greetings from L.A. is undeniably Buckley’s funkiest and sexiest album. The man himself considered it to be his ‘most commercial’ record. It actually did not sell particularly well but is, indeed, probably more accessible and more easy to dance to than his previous records. ‘Hong Kong Bar’ is among the album’s most enjoyable jewels. With astonishing simplicity, Tim Buckley gets the audience tip tapping to its stripped rhythm. Standing next to ‘Move With Me’, ‘Get on Top’ and ‘Sweet Surrender,’ the song is part of one of Buckley’s best pieces of work.

Further Listens: ‘Get on Top,’ ‘Sweet Surrender,’ ‘Move With Me‘

Jeff Buckley – ‘I Never Asked to Be Your Mountain’

When his father died, Jeff Buckley was eight and had seen him only once in his life. He didn’t go to the funeral but paid him a tribute, years later, by re-interpreting some of his songs on a Greetings from Tim Buckley homage concert in 1991. Then unknown from the crowds, he notably covered ‘I Never Asked to Be Your Mountain’ and ‘Once I Was.’ It is disturbing and uncannily moving to hear his voice singing the lines ‘The flying Pisces sails for time/and tells me of my child/wrapped in bitter tales and heartache/he begs for just a smile.’ Jeff never publicly covered his father’s songs again and preferred to quote Nusra Fateh Ali Khan as one of his major influences, calling him ‘his Elvis.’

Further Listen: ‘Once I Was’

It would be ridiculous to introduce Jeff Buckley without mentioning his magnificent rendition of Leonard Cohen’s ‘Hallelujah.’ Featured on his famous Grace album, the song was, at first, surprisingly unnoticed until its 2007 re-release made it a commercial success. Buckley had then been dead for ten years. It is now without a doubt his most acclaimed performance and largely outshone Cohen’s original version.

Jeff Buckley drowned at age 30, and now his voice comes out of ‘Grace’ as if he was forever singing from the edge of his death. The song gave its title to the only album he could release alive and is one of his few recorded original compositions. Somehow, it is the one that suits him best – perhaps his personal and rocky ‘Hallelujah.’

Jeff Buckley – ‘The Other Woman’

Of course, Jeff Buckley was also a master of covers. Across the few years he would live to make music, the young man covered many a great singer, from (obviously) Leonard Cohen to Bob Dylan and including Nina Simone. Judging by the number of Simone songs he chose to reinvent, he must have been a fan. No wonder why. His rendition of ‘The Other Woman’ is particularly touching. For the record, the song was also more recently covered by Lana Del Rey on her Ultraviolence.

Further listens: ‘If You Knew,’ ‘Lilac Wine,’ ‘Be Your Husband‘

Last but not least, ‘Lover, You Should’ve Come Over’ was a major track on the Grace album and is now an everlasting classic. A treasure of sensitivity, the song shows Jeff Buckley torn between two ages, looking back at a love that could have been more than what it ended to be and looking around on what is left of it. Something always remains. Whether it is hope or regret, it is magnified in ‘Lover, You Should’ve Come Over’ and echoes the life and work of the Buckleys. Their lives were tragically short, and so much more could have existed…