An Introduction To Nirvana In 10 Songs 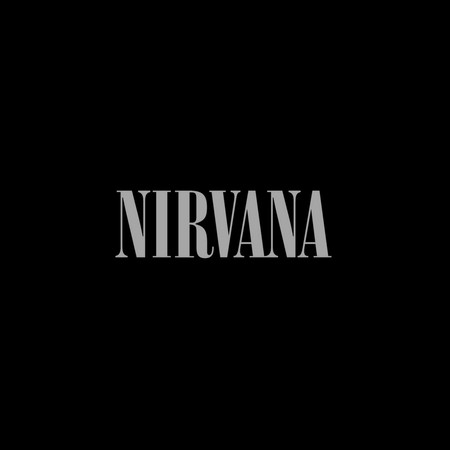 Most people of a certain age are familiar with Nirvana; maybe they grew up identifying with and worshipping Kurt Cobain (if you get it, you get it). Many others are familiar only with the adornment of the iconic smiley face logo used by disaffected teens everywhere. Nirvana catapulted grunge music into the mainstream in the 1990s and produced some of the most enduring alternative rock songs to date. If you like grunge, rock, or just any music that is a master of its genre, listen to these 10 tracks to get acquainted with the band, from their origins to their final strums.

Let’s just get this one out of the way. “Smells Like Teen Spirit” is generally recognizable even to the disinterested listener. It might be the anthem of your youth, it could represent your musical awakening or it could just be that song you moan along to under your breath. But if you’re not familiar, this is definitely the first go-to-song. “Smells Like Teen Spirit” was the band’s first song from their 1992 album, Nevermind. The song was an unprecedented hit and launched the band into (a not entirely welcome) fame, while cementing their status as the kings of grunge. Fun fact: the song was named after a deodorant called Teen Spirit and Kurt Cobain took inspiration for the song name after Kathleen Hanna sprayed on the wall that he smelt of Teen Spirit (the deodorant of choice of his then-girlfriend).

Come As You Are

“Lithium,” the third single from Nevermind was originally recorded two years prior, in 1990, with Nirvana’s original drummer, Chad Channing. However, the 1992 version, which was recorded with Dave Grohl, was a more palatable alt-rock song rather than the thrashing first iteration. While both versions have their merits, the 1992 is definitely more polished and is another nice introductory track to the band. Cobain’s drawl of ‘I’m so happy ’cause today I’ve found my friends. They’re in my head’ is the perfect introduction to a song which champions Nirvana’s token style of melodic verses and aggressive choruses. The name of the song is derived from a drug used to treat manic depression, so you can guess the rest.

A fact that might make Cobain recoil in his grave, “All Apologies” was posthumously nominated for two Grammy awards and is widely recognized as one of the band’s most important songs. Taken from the band’s final studio album, ‘All Apologies’ is one of several raw songs on the album, which were released quickly without much post-production. The album is a mix of abrasive and more canorous tracks with “All Apologies” holding claim to the latter. The song, contrary to what the title suggests, is an unapologetic vocal heavy track, which features the band’s distinguishing dynamic tonal contrasts. It’s tempting to graft meaning onto Kurt’s lyrics, but drummer Krist Novoselic summed up the limitations of doing this in an interview with Rolling Stone in 2013 when he said, “It is a haunting record. I am not haunted by it. But there is imagery on there that I would never express to people. I would blow it if I said, ‘This song means that.’ I would rob people of their imaginations. And I would betray Kurt.”

Unconvinced? Then check out this acoustic version, recorded as part of the band’s MTV: Unplugged session.

“Sliver” is perhaps the least intellectual but most catchy pick of the lot, and tells a story about a petulant kid being taken to his grandparent’s house against his will. Legend has it, the song was completed and recorded in just one hour, between sessions. “Sliver” has catchy pop-rock verses with a thrashing chorus, and will appeal to the pop-rock and pop-punk fans, or indeed anyone who likes a little bit of sugar with their heavy rock. Sometimes the simplest pleasures in life are the finest ones.

Where Did You Sleep Last Night

“Where Did You Sleep Last Night“ is another gem, taken from the MTV: Unplugged session, which shows yet another side to the band. Cobain was always vocal about his diverse spectrum of musical influences, one of which was old-time Blues singer, Leadbelly. Nirvana adds their own twist to this soulful classic and the result is a beautiful acoustic rendition of a song which has existed since approximately 1870. For further listening, check out Leadbelly’s version. A glass of rye and a cigarette is a recommended accompaniment for the latter track.

Like many Nirvana songs, “Aneursym” was released several times across different albums and even featured as a B-side to the “Smells Like Teen Spirit” single. This version from Incesticide is a fierce, unapologetic, grunge-rock song about being in love and the subsequent hangover of the nerves and neurosis when things fall apart. Allegedly about Cobain’s break up with his girlfriend Tobi Vail, the song’s final refrain of “she keeps it pumpin’ straight to my heart” brings the song back to its visceral title.

Asking For it (by Hole. ft. Kurt Cobain)

“Live Through This” is a bit of a sneaky addition as it’s not strictly a Nirvana song, but as it features on many Nirvana bootlegs, it deserves an honorary mention. Kurt Cobain recorded this song with his wife, Courtney Love along with her band, Hole. It’s a raw song which puts Cobain on backing vocals, while introducing Love’s distinctive raspy voice, to those who aren’t familiar with her. This version was never released as a single but you can see there’s great power in the married couple’s layered vocals in this digestible but resent-riddled track. The romance of the lyrics is bittersweet: “If you live through this with me. I swear that I will die with you.” Cobain’s vocals kick in after the one-minute mark, so hang on in there.

Like the previous track, “About A Girl” was released numerous times, but this version from Nirvana’s debut album shows the foundation of what became one of their staple tracks. At the time, the band still had their original drummer Chad Channing, and were making waves in the scuzzy grunge Seattle music scene. This album is fairly bleak and is suited more to a committed fan, as the rough guitar riffs and vocals will not please everyone. That said, “About A Girl” was a melodic diamond in the rough, paired with Cobain’s characteristically ironic lyrics. If you like it and want to get dirtier with your grunge, then check out the rest of Bleach.

Something in The Way

“Something in The Way” is perhaps the slowest Nirvana song. It was originally recorded only with Cobain and his guitar in the studio with all electric appliances turned off. The song was re-recorded again and again until the tempo was exactly right and there were no stray ambient sounds. Only then, did producer Butch Vig bring in the restrained additional guitar and drums. The result of this is a sombre, melancholic and intimate track in which you can sense the tension of Cobain’s vocals, as well as the atmosphere of its conception.

If you like the track, then find out more about its recording here.