An Introduction To Motown In 10 Songs 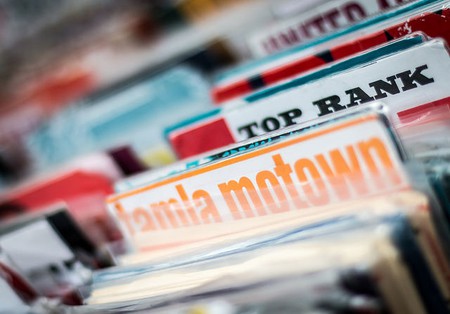 Though there already were some successful black-owned record labels, such as Peacock Record and Vee-Jay Records, the music industry remained very much divided along racial lines for a long time. Berry Gordy Jr. however, felt it was time for a change: he envisioned a record label run by black people, with black artists, but with a mainstream market, both black and white. On Jan. 12, 1959, Gordy founded what would become known as the Motown Records Corporation. During the 1960s, Motown became the most successful proponent of what came to be known as the Motown Sound, a style of soul music with a distinct pop influence. Here are 10 songs that illuminate the history of one of the most illustrious record labels of all time.

With Money (That’s What I Want), former gospel singer Barrett Strong scored the first big hit for Gordy’s Motown Records Corporation. Because of its simple melody and straight-forward message, Money (That’s What I Want) is a song that is peculiarly charming and infectious. Over the years, the song has been frequently covered, being taken back into the charts by The Beatles, The Rolling Stones, and The Sonics.

Although the Marvelettes did not project as strong an image as Mary Wells, Martha Reeves, or Diana Ross and the Supremes, they managed to record quite a few hits. Featuring two strong lead singers, Gladys Horton and Wanda Young, the Marvelettes delivered the ultimate classic 1960s girl group sound, of which Please Mr. Postman is a great example.

Stevie Wonder was a mere 12 years old when he recorded Fingertips Part 2. Recorded live from a June 1962 revue at the Regal Theater in Chicago, Illinois, Fingertips Part 2 would go on to become one of the first live songs to hit number one. Playing drums was Marvin Gaye, who not much later became part of the successful Motown brand himself.

In 1965 Marvin Gaye secured his reputation as the ‘Prince of Motown’ by releasing a trio of top ten hits: Ain’t That Peculiar, I’ll Be Doggone, and How Sweet It Is (To Be Loved By You). For many years to come, How Sweet It Is would be considered Gaye’s most well-known song. With its flowing mid-tempo drive and its honey-sweet tones, the song is a prime example of the classic Motown sound.

From 1961 to 1971, Motown Records scored 110 top 10 hits. One of the top artists on the label during that period were the Supremes. Founded as the Primettes in Detroit in 1959, but renamed The Supremes in 1961, Diana Ross and the Supremes were the most commercially successful of Motown’s acts, rivaling both the Beatles and The Rolling Stones at the very top of the charts. Their song Baby Love can be considered one of the most beloved songs of the 20th century, ranking 324th on Rolling Stone’s list of The 500 Greatest Songs of All Time.

When this smash hit was released back in 1965 everybody was doing the shotgun. Jr. Walker & The All Stars’s Shotgun remains the raunchiest, funkiest song that Motown has ever brought forth. It was most notable for the startling shotgun-blast sound effect that kicks off the music.

The Four Tops were one of the most popular and successful acts to emerge from the Motown era. Their songs, soulful and bittersweet, proved to be an immense success with the greater public. I Can’t Help Myself (Sugar Pie, Honey Bunch) almost immediately rocketed to the top of the charts. It was quickly followed by another longtime favorite, It’s The Same Old Song.

Jimmy Ruffin – What Becomes of the Brokenhearted (1966)

Berry Gordy’s trademark was signing young performers, often complete unknowns, and molding them into full-blown artists. In 1961 he brought Jimmy Ruffin into the Motown stable. Thanks to the 1966 hit tune that cried, What Becomes of the Brokenhearted, Ruffin instantly claimed his rightful place among the greats of soul music.

The Temptations became one of Motown’s most well-known male groups, mostly due to the incredible talent of David Ruffin. Ain’t Too Proud to Beg is considered to be the record that ratified David Ruffin, brother of aforementioned Jimmy Ruffin, as the Temptation’s leading voice. With his spiced-honey humming and sandpaper screeching, Ruffin introduced a more raw-edged version of the Motown sound.