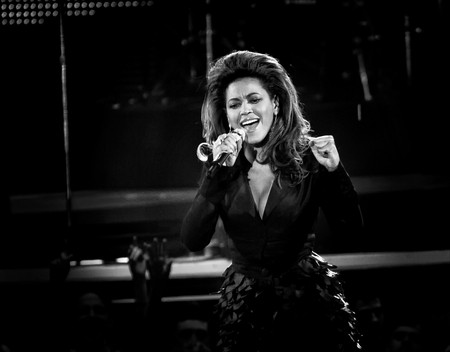 The new millennium heralded a new era for R&B, as the genre exploded in cultural significance and crossed over into mainstream entertainment in a huge way. Any R&B fan, regardless of their biases towards different artists or sub-genres, will acknowledge the 2000s as a decade of numerous shifts and development in the genre. The reinvention and innovation of R&B sound, coupled with the increasing pervasiveness of the Internet and the possibilities for music sharing that it brought along with it, saw a celebration of the genre in proportions never quite seen before.

The 2000s also saw the interweaving of the R&B community with other worlds like fashion, sports, and television. The genre’s dominance within the decade had huge socio-cultural significance, with many more minority entertainers rising rapidly within the music world and achieving success on their terms. Sandwiched between the hip hop- and soul-infused sound of the 90s and the electronic- and machine-influenced instrumentation of current day, R&B of the 2000s, with its sultry sensuality and playful collaborative spirit, essentially defined the contemporary music scene of the decade. The following list best exemplifies this.

While D’Angelo had already gained a following for his take on neo soul in the 90s, this song is quite possibly one of his most mainstream successes thus far. Released at the turn of the new millennium on January 1, 2000, this song aptly straddled the line between two eras, embodying a perfect blend of 90s-infused sultry soul with the seductiveness of the forthcoming decade. Coupled with a suggestive music video that sent women everywhere into a frenzy, it was a bold statement to accompany his already well-received sophomore album, Voodoo, which debut at the top spot on the charts in America. Since then, D’Angelo has taken a decidedly more laid-back and behind-the-scenes approach, shying away from the limelight, releasing his follow-up album, Black Messiah, nearly a decade and a half later in 2014. Still, with its unapologetic seduction, this song was a hint at the sensual reinvention of R&B that was to come in the next few years.

These days, Beyoncé is an entity unto herself, maneuvering through the entertainment industry on her own terms and making her own rules. Slightly over a decade ago, though, she was still growing out of the Destiny’s Child brand and only beginning to take steps to becoming the icon she is today. One of her most successful hits thus far – and an important song in this joint history of the modern R&B and rap communities – is 2003’s ‘Crazy in Love,’ a duet with then-unconfirmed boyfriend and hip-hop star Jay-Z, off her debut solo album, Dangerously in Love. Apart from its success in the charts, the song was also culturally significant as, together with ‘’03 Bonnie and Clyde’ off Jay Z’s The Blueprint 2 record released the year before, it marked the beginning of many collaborations between music’s most influential couple. The musical symbiotic relationship of two of the greatest musicians in our age has spanned more than a decade, culminating in the 2013 follow-up to Crazy in Love, the aptly-titled Drunk in Love.

This Grammy-nominated R&B hit marked the reinvention of Rihanna from a sun-kissed island girl capable of carrying a tune to a bonafide superstar, celebrity, and style icon. With its catchy ‘ella, ella’ hook and its VMA-winning music video, which has been viewed more than 200 million times on YouTube since its release, ‘Umbrella’ threw Rihanna into the spotlight and sent her straight to the top of the entertainment totem pole. The song was heard everywhere throughout the year, and the media and masses lapped up everything from Rihanna’s umbrella dance in the music video to the long bob she showed off throughout promotions for the song.

With its autobiographical lyrics and Winehouse’s distinct smoky voice, ‘Rehab’ courted controversy from the moment it was released in late 2006. While Winehouse had already released an album prior to her second and final studio album Back to Black, it did not gain the same attention as its successor, which shot the late singer to stardom while also thrusting her troubled personal life into the spotlight. Under the scrutiny of the public, the media soon painted Winehouse out to be the poster child for reckless and impulsive celebrity behavior, and this continued to haunt her even until her death in 2011.

The song itself toes the line between soul and R&B, and while many claim it falls more into the neo soul genre than R&B per se, it definitely draws from the genre and has influenced it as well. Much of contemporary R&B and pop music today draws from the same soul-influenced sound carried so well by Winehouse, which proves that her musical legacy lives on even today.

Further listening: ‘Back to Black‘

Written by André 3000 and released as part of his individual portion of the seasoned duo’s double album Speakerboxxx/The Love Below, ‘Hey Ya!’ was generally celebrated by die-hard OutKast fans, music critics, and the general public alike. The energetic dance track, which was accompanied by a Beatles-inspired music video, was composed of a unique blend of funk, synthesizers, and acoustic guitar that were for the most part absent from R&B offerings at the time. It was a commercial success as much as it was an innovation in the contemporary R&B genre, topping the Billboard Hot 100 charts for nine weeks and receiving Platinum certification in numerous countries. While its reinvented funk sound influenced the music of the decade (and even of today), there was arguably no other song that took its place as the most unique cross-genre dance track of the 2000s.

Justin Timberlake has had a long career with an equal number of critics and fans monitoring his every musical move. When ‘SexyBack’ was released, Timberlake had numerous detractors taking issue with everything from his days in NSYNC to complex societal issues like accusations of cultural appropriation. While many doubted Timberlake’s place in contemporary R&B, ‘SexyBack’ aimed to put those qualms to rest. While it received mixed reviews from critics, it soon became an instant hit amongst the general public and established him as a talented musician capable of writing and delivering catchy hits. Since then, Timberlake has had numerous hits throughout his solo career and has continued to evolve as a musician, achieving both commercial and critical success.

With its catchy chorus and fast-tempo instrumentation, ‘U Remind Me’ achieved commercial success almost instantly and was just one of the many number one hits Usher would produce throughout the decade. It also garnered Usher his first Grammy Award for Best Male R&B Vocal Performance at the 2002 awards. In addition, its parent album 8701 has sold more than eight million copies worldwide to date, one of Usher’s best-selling albums in his more than 20-year-long career so far. While the multi-hyphenate had already gained success with his first two albums released in the 1990s, the 2000s solidified his status as an R&B superstar. He would go on to release more than ten ‘Top 10’ singles within the next decade.

Fresh off his success with 8701, Usher moved away from his ballad-driven repertoire so far and released the club hit ‘Yeah!,‘ with Lil Jon and Ludacris, as the lead single off his 2004 album Confessions. A departure from the smoother sound of his previous record, ‘Yeah!’ proved that Usher could cross the line dividing the soulful vocal-led half of R&B and the other half of dance and party hits. It marked Usher’s progression into more dance-led music in the latter half of the 2000s and in the following decade. Topping the Billboard Hot 100 charts for 12 weeks straight, the fun and playful song was a commercial and critical success that was nominated for Record of the Year at the 47th Grammy Awards. Confessions also went on the become the biggest selling record of Usher’s career thus far, selling more than ten million copies to date in the US alone.

Released as the lead single off Maxwell’s fourth studio album, 2009’s BLACKsummers’night, ‘Pretty Wings’ was a sleeper hit amongst R&B fans, topping the Billboard Hot R&B/Hip-Hop Songs chart for 14 weeks straight when it was released. A slow and soulful ballad chronicling the tale of ill-fated romance, the song shied away from the flashy face-paced dance tracks that had begun to characterize mainstream R&B in the latter half of the 2000s. It was Maxwell’s first number one hit in a decade, the last being ‘Fortunate’ in 1999, and won him the Grammy for Best Male R&B Vocal Performance at the 52nd Grammy Awards, beating out other R&B heavyweights like Musiq Soulchild and Anthony Hamilton.

Released a year before Aaliyah’s passing, ‘Try Again’ was released off the soundtrack to Romeo Must Die, accompanying her lead role in the 2000 film. It continues to serve as a major part of the legacy she left behind in both the R&B world and in mainstream music. ‘Try Again’ reached the top spot of the Billboard Top 100 chart when it was released and earned Aaliyah a nomination for Best Female R&B Vocal Performance at the 43rd Grammy Awards. As a testament to the song’s lasting impact and the public’s celebration of Aaliyah’s musical talent, the song has since been included in updated and remastered versions of Aaliyah’s 2001 self-titled final album before her passing. Till today, it is cited by music fans and critics alike as one of the defining songs of the noughties and is constantly referred to in celebration of Aaliyah’s talent and contribution to both R&B and music in general, even in the years after her untimely passing.

Further listening: ‘One In A Million‘