Amy Adams Is Brilliant as the Bruised Heroine of 'Sharp Objects' 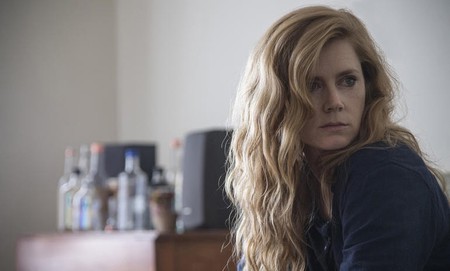 The actress gives one of her finest performances yet in the gripping HBO crime drama.

Survivor’s guilt and thousands of nights of drinking to forget have brought St. Louis newspaper reporter Camille Preaker (Amy Adams) to her current depressed state in Sharp Objects. Named for the blades with which Camille used to cut herself, the superior eight-part psychological thriller currently airing on HBO is ostensibly a murder mystery thriller about the simultaneous search for a serial killer in fictional Wind Gap, Missouri, and the missing little girl who might be the killer’s prey.

Ultimately, it’s about Camille’s struggle to reconcile herself to her past. As flashbacks show, she was in early adolescence when her younger sister Marian died. In one of the most disturbing scenes in the first episode, the tomboyish young Camille (Sophia Lillis) approaches Marian’s coffin at her wake and—unable to accept that she is dead—prods and plucks at the face of the corpse. 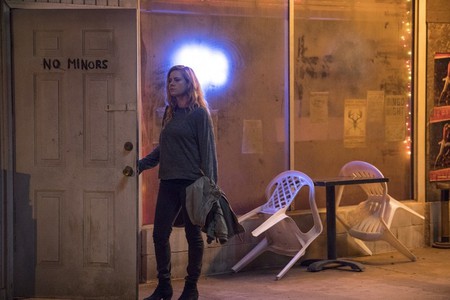 Adapted from Gillian Flynn’s 2006 novel by series creator Marti Noxon, Flynn, and others, Sharp Objects is arguably American TV’s best investigative drama since the first season of True Detective. It’s borne along by Adams. Appearing in every scene, she demonstrates her phenomenal ability to communicate a functioning woman’s bottomless psychic pain. Camille is even more damaged than Adams’s characters in Arrival (2016) and Nocturnal Animals (2016).

Though Camille has scars on her body, it’s the invisible wounds behind her eyes that register the most. Adams put on weight for the role—it’s suggestive of Camille’s alcoholism—and there are moments (for example, when Camille wakes hungover after sleeping all night in her car) when her complexion looks greasy and her face frayed at the edges. But women who live hard sometimes have an unfair grip on preternatural beauty, and Camille is one of them.

Wind Gap is the venue for the recalcitrant Camille’s confrontation with her past because it’s her home town. She is sent there, against her will, by her editor, Frank Curry (Miguel Sandoval), a Lou Grant-ish type who sees that chasing a hot story might shake her out of her torpor. Not the least of Camille’s problems back home is negotiating the emotional traps set her by her mother, Adora (Patricia Clarkson), who lives with her passive latest husband (Henry Czerny) in a Wind Gap mansion. Adora’s frosty manner and melodramatic outbursts bespeak her hating Camille for outliving the beloved and sickly Marian. 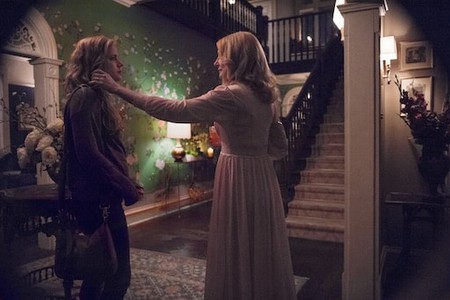 Adora has another daughter, Camille’s 14-year-old stepsister Amma (Eliza Scanlen). Indoors, Amma is a goody two shoes who dutifully tends to her posh doll’s house; on the street, she is a bundle of sass. It’s in the latter guise that she appeals to Camille, who has had no previous dealings with her. Each is a rebel chafing against maternal monstrousness.

Given that there’s a serial killer of young girls on the loose, it’s evident that at one point Amma will make herself vulnerable. She is not that different in age or looks from the dead girl Camille sees propped in a window frame when she is exploring Wind Gap’s working-class downtown area The scene is shocking because of the backstreet location and the bizarre posture of the body. Camille is drawn to the spot by a black woman’s anguished cry; she has strayed a long way from the frou-frou mausoleum in which Adora secretes herself.

Sharp Objects was directed (in Barnesville, Georgia) by Jean-Marc Vallée (Dallas Buyers Club, 2013; Wild, 2014; Big Little Lies), who favors huge, looming close-ups of Camille and Adora, quick cuts, and hyperreality: everything is too sharp, too immediate. The shots of Camille gloomily driving to Wind Gap or unpacking her groceries—mini liquor bottles, cigarettes, candy bars—are no less vivid than anything else. 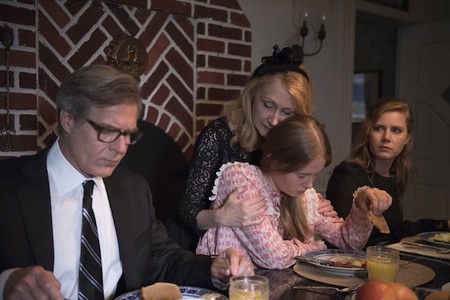 Enhanced by Camille constantly playing Led Zeppelin on her car’s audio, the driving scenes usher the series into a kind of badass noir. Assuming Camille will eventually get together non-professionally with handsome, laconic homicide detective Richard Willis (Chris Messina), one fears what further damage their congress will inflict—on both of them.

Working in TV and cable is a test for the short-term durability of movie stars. True Detective season one and Big Little Lies hedged their bets by splitting the audience’s attention between two and four stars respectively. Amy Adams has Patricia Clarkson’s support on Sharp Objects, but the show is her cross to bear. She does it womanfully, and with no little virtuosity.