America’s Most Unusual Festivals and Events 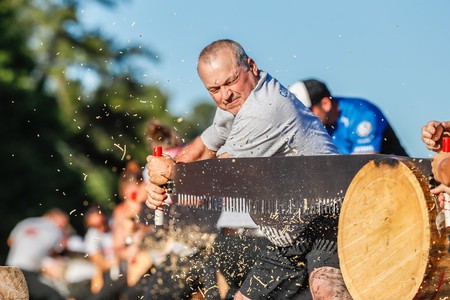 A place as unique as America calls for originality always, especially when it comes to the country’s celebrations and gatherings. From the sort of strange to the just plain bizarre, here are America’s most unusual festivals and events.

It’s no secret that Americans love pop culture, and nowhere is that more apparent than at Lebowski Fest. The Coen brothers classic The Big Lebowski is the inspiration behind this Kentucky event, where The Dude lookalikes enjoy a film screening, unlimited bowling, a costume contest, and, of course, White Russians. The beloved Louisville fest will abide once more on July 20–21, 2018, marking its 17th installation. 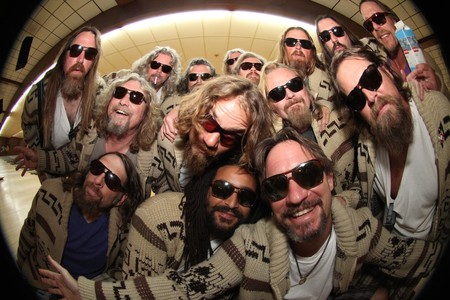 Leave your diet plans (and fear of bad breath) at the door at California’s Gilroy Garlic Festival. Exclusively California-grown garlic is the star of this three-day affair, featuring a live cook-off, a garlic-braiding workshop, a “Garli-Cue BBQ Challenge,” and even a “Miss Gilroy Garlic” competition. The fest knows you’re mostly there for the eats, however, and dishes such as garlic bread, garlic steak tacos, and free garlic ice cream don’t disappoint. 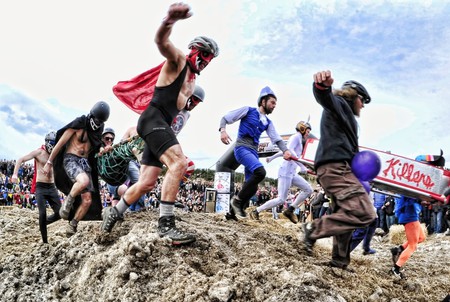 Out-of-this-world fun awaits believers and skeptics alike at New Mexico’s UFO Festival. Held in the city of Roswell, an area famous for its UFO activity, this inter-terrestrial event features tours of the local UFO Museum, a parade, and more meaty offerings such as talks by guest speakers and authors. 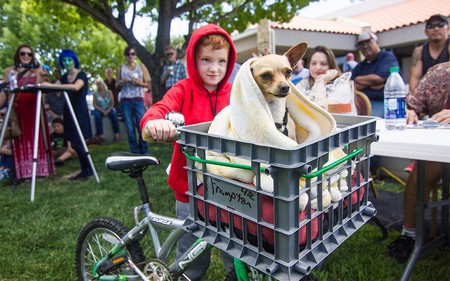 Thought Americans couldn’t get any louder? North Carolina’s 49-year-old National Hollerin’ Contest invites you to think again—and to try some shouting for yourself. Started in 1969, this loud, long-running event (which includes a BBQ and live music) is dedicated to preserving a near-extinct form of communication. Tip: Act fast if you want to hear, we mean, see, this event for yourself—September 8, 2018, may mark the contest’s final installment.

Where did the image of the brawny, flannel-sporting all-American originate? We’re not sure, but Wisconsin’s Lumberjack World Championships are keeping it alive. This international competition comprises sawing, chopping, log rolling, and more outdoorsy challenges in order to name the world’s best lumberjack. 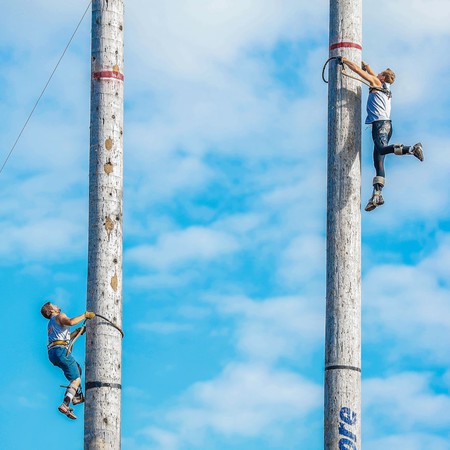 Entering its 28th year, Michigan’s Humungus Fungus Fest has become one of the most unexpected foodie events in America. People come from all over to celebrate the world’s largest, oldest living organism, a 200,000-pound shoestring mushroom occupying 38 acres of land and dating back anywhere from 1,500 to 10,000 years. Naturally, shrooms are at the center of this three-day fest featuring a mushroom Swiss burger grill-out, a “Mr. Fungi ‘Beard’y Pageant,” and the largest mushroom pizza on record.

Every February 2nd, tens of thousands of people gather and millions tune into television broadcasts hoping to secure a glimpse of—a groundhog? This quirky custom dates back to the first Groundhog Day in 1887 when “Punxsutawney Phil” (or more accurately, Phil’s shadow) was first used to predict seasonal shifts. That’s right: Groundhog Day is an event in which millions of Americans turn to a woodchuck for their weather forecast. 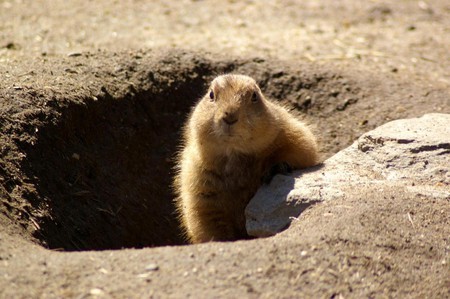 At the World’s Ugliest Dog Contest, it’s what’s inside that counts. Here, all of man’s best friends (some of which are in need of a forever home!) are invited to strut their stuff in a Red Carpet Walk and Faux Paw Fashion Show in this celebration of inner-beauty. 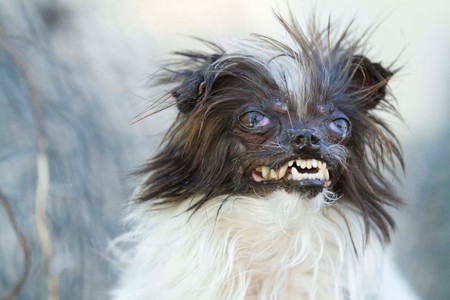