America's Most Important Literary Landmarks You Need to Visit 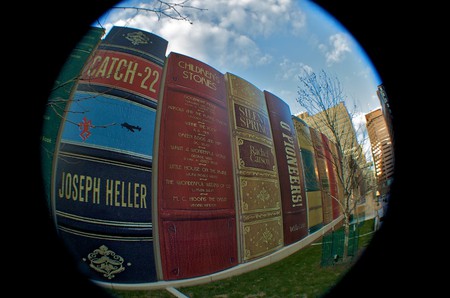 Despite its relative youth compared to Europe and Asia, the United States of America is a country with a rich literary legacy, filled with places of pilgrimage for readers and writers alike. The homes of quintessentially American authors such as Flannery O’Connor and Mark Twain attract hundreds of tourists from around the world, and bookstores including Portland, Oregon’s Powell’s Books are unrivaled for selection and ambience. Often these landmarks deepen the readerly experience or provide context to bodies of work like that of Emily Dickinson, whose life is chronicled by the Dickinson Museum in Amherst, Massachusetts. Here are ten of the most standout landmarks for literature in the U.S.

Noted for its unusual architecture, the Kansas City Public Library boasts a parking garage that emulates an enormous bookshelf with larger-than-life tomes by Ralph Ellison, Langston Hughes, J.R.R. Tolkien, and many others. Each spine is 25 by 9 feet, making for one of the most impressive exteriors in the country. 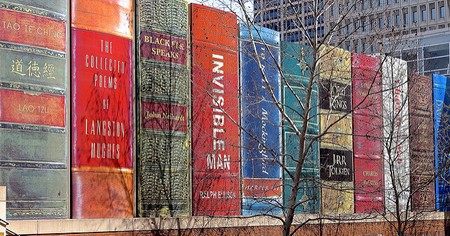 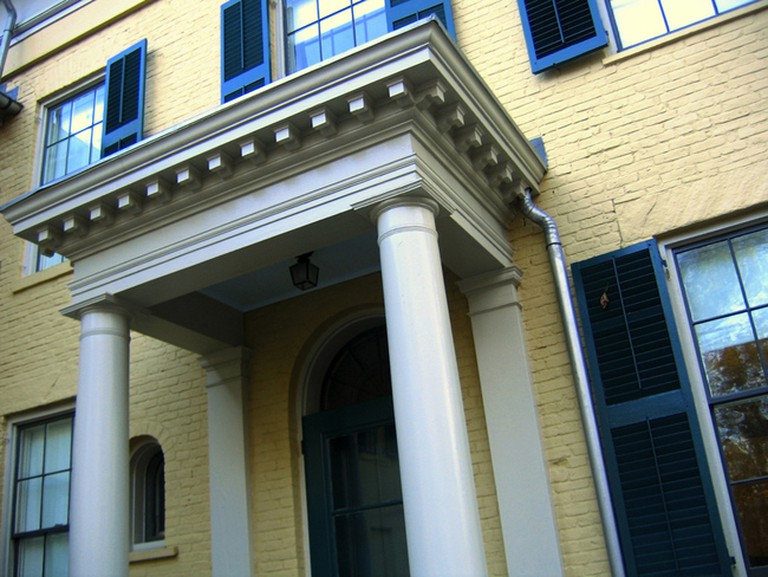 emily's back door | © zozolka/Flickr
A National Landmark, Amherst’s Emily Dickinson Museum is one of the best attractions of its kind, offering an unparalleled intimacy with the poet’s work via the huge collection of poems discovered after Dickinson’s death. Consisting of two houses, the museum is housed in the Dickinson Homestead, where she was born in 1830 and the Evergreens, a house built as a wedding present for her brother Austin. It was here that Austin embarked on his affair with Mabel Loomis Todd, who would go on to edit the first editions of the late Emily’s poetry.

The Mark Twain House and Museum 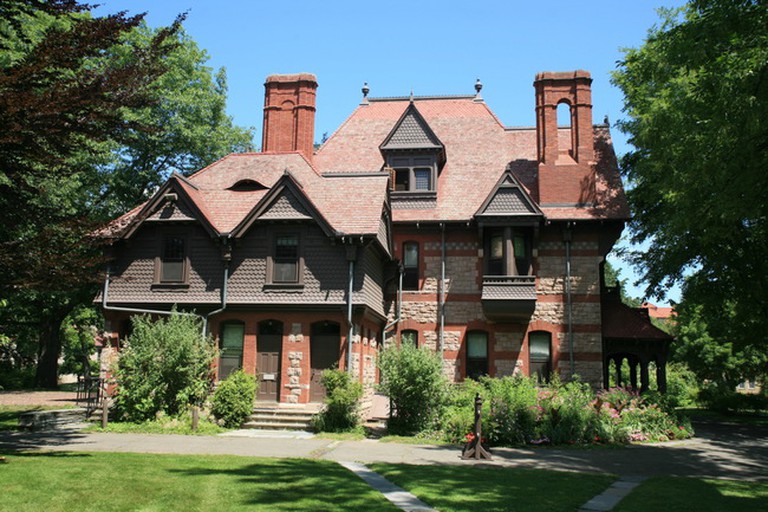 The Mark Twain House and Museum | © Cliff/Flickr
One can only imagine the bemusement that Mark Twain might have felt at his house (described by biographer Justin Kaplan as “part steamboat, part medieval fortress and part cuckoo clock”) having become a popular attraction in Hartford, Connecticut. And yet, its fascination as the place where The Adventures of Tom Sawyer and The Adventures of Huckleberry Finnwere composed is completely understandable and the house was declared a National Historic Landmark in 1962.

Immortalized in John Steinbeck’s Cannery Row, Monterey, California’s once-industrial waterfront street now attracts legions of tourists. Although the area around it has changed massively since the publication of Steinbeck’s book, many of its key locales, including the Pacific Biological Laboratories and the Chinese-American-owned market across the street, have been preserved and remain in business. 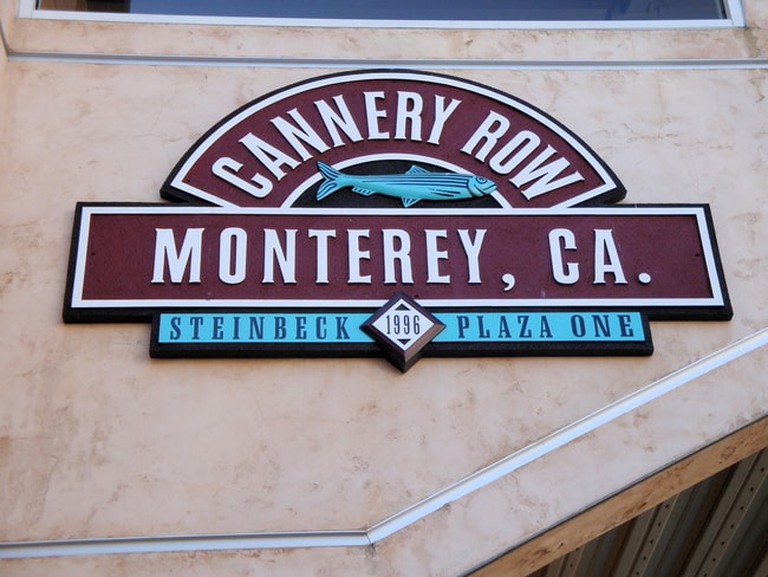 Alongside New York’s The Strand, Powell’s Books in Portland, Oregon is one of the main destinations for readers worldwide. Consisting of nine rooms and 3,500 various sections, the bookstore’s inventory contains over four million books. Unusual for a retail store, Powell’s is also a noted hangout, where you are invited to treat yourself to a coffee between browsing its capacious shelves. 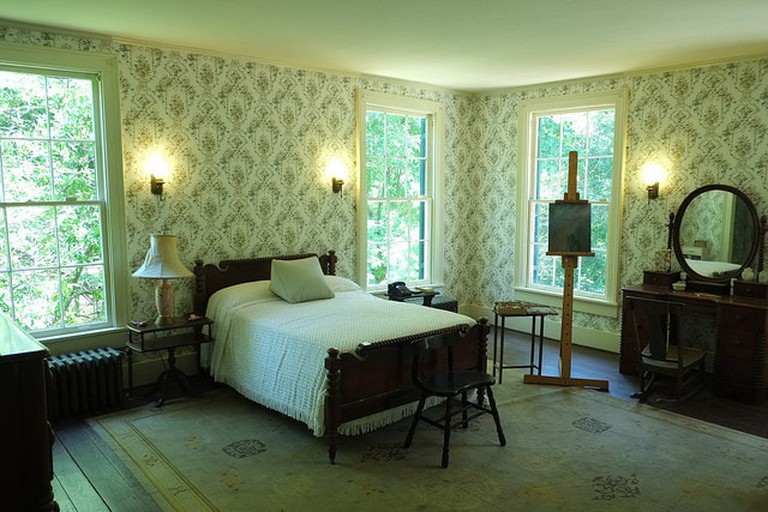 William Faulkner's Bedroom at Rowan Oak | © Nicolás Boullosa / Flickr
William Faulkner’s house in Oxford, Mississippi, Rowan Oak was renovated by the author, who restored it from disrepair in the 1930s. Flanked by an alley of cedars, the Greek Revival architecture is surrounded by all manner of Southern flora (though not the mythical Rowan Oak itself). The interior includes Faulkner’s study, the walls of which are still marked with his outline for the Pulitzer-Prize-winning novel A Fable. 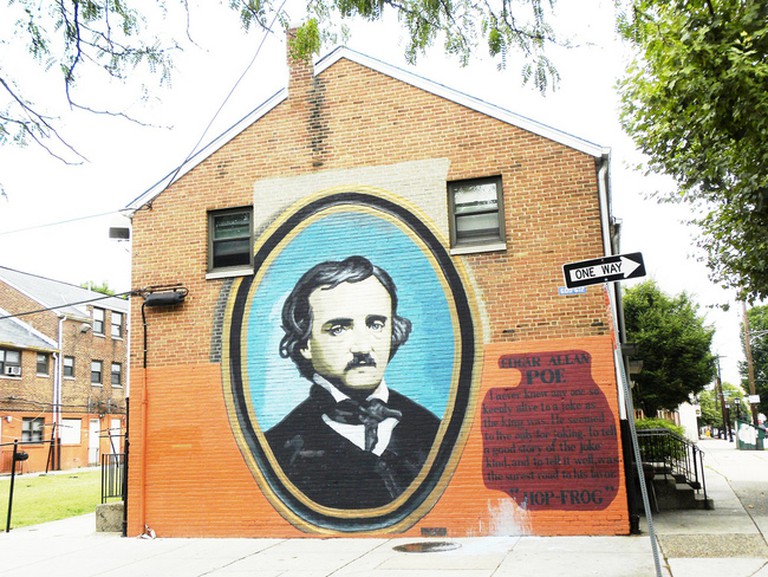 Sign for Poe's House in Phil | © RTLibrary/Flickr
A number of cities, including New York and Baltimore, lay claim to Edgar Allan Poe, but Philidelphia’s Egar Allan Poe National Site gets a slight edge for being the home where Poe wrote “The Tell-Tale Heart” and “The Murders in the Rue Morgue.” Once a decaying home in an otherwise Quaker neighborhood, the site is now a refurbished museum displaying a wide variety of Poe arcana. 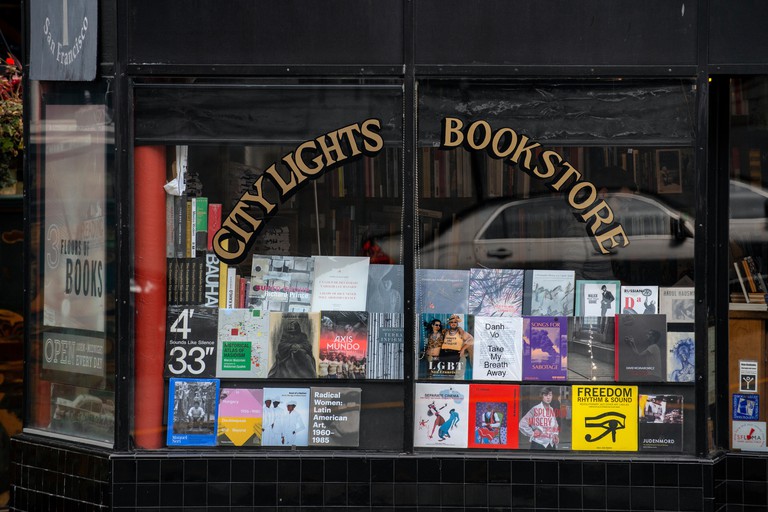 © Andrew Lloyd / Alamy Stock Photo
San Francisco’s City Lights Bookstore is a mecca for the Beatnik generation that is still unrivaled in its selection and uncompromised politics. Founded by poet Lawrence Ferlinghetti, City Lights is also the publisher responsible for Allen Ginsburg’s Howl and Other Poems in 1956, making it more than just a bookstore but also a piece of American literary history. 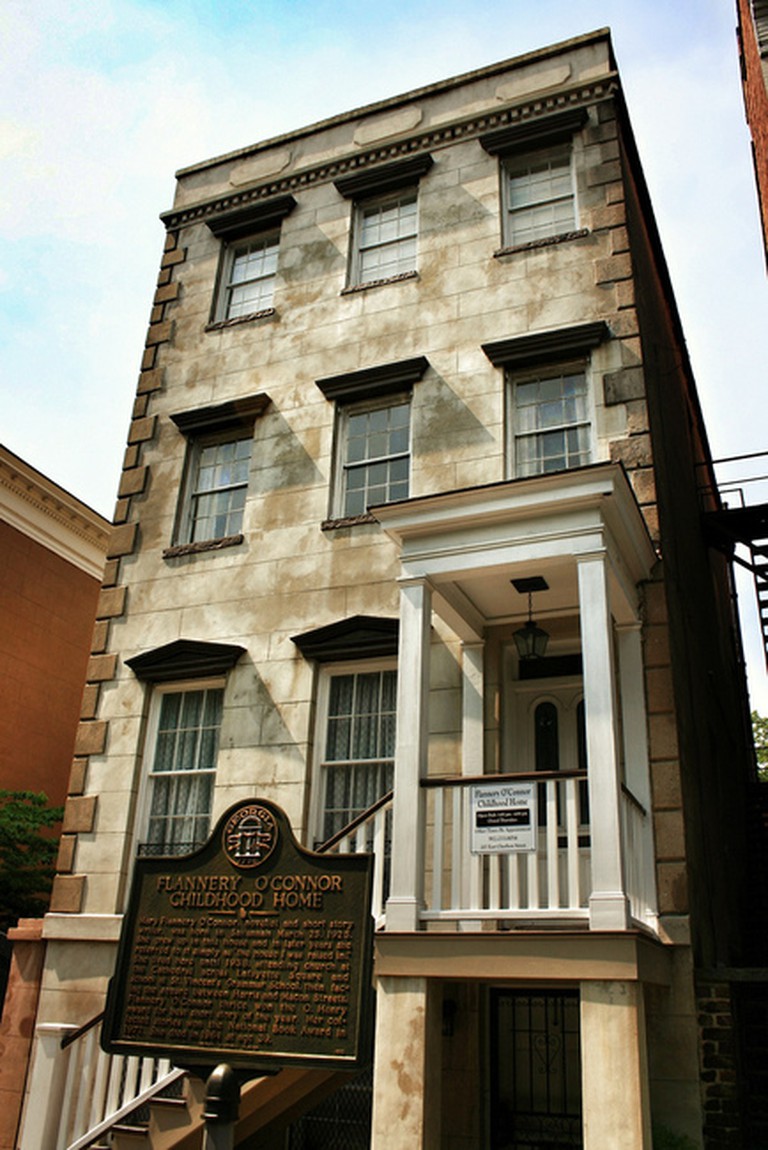 Flannery O'Connor | © Maya West/Flickr
Now a museum in Savannah, Georgia, the Flannery O’Connor Childhood Home is where the Southern writer was born in 1925 and now a huge site of pilgrimage for fans of novels and stories such as Wisebloodand “A Good Man is Hard to Find.” Though the family moved in 1938, the house still has its place in O’Connor’s legacy as the place where, at six, she trained a chicken, something she later described as the high point of her life, writing that “Everything since has been an anticlimax.”

The Bridges of Madison County 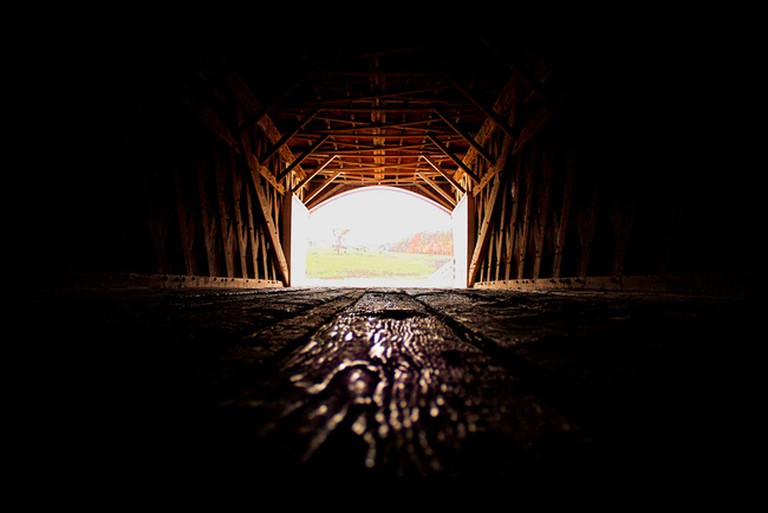 bridges of madison county | © Phile Roeder/Flickr
The Cedar Covered Bridge in Madison County, Iowa inspired the 1992 bestseller The Bridges of Madison Countyby Robert James Waller and even appeared on its cover. The story of a war bride’s affair with a National Geographicphotographer working on a photo essay of bridges in Iowa, the book has inspired tourists to visit the region, where they can undertake tours of the Cedar Covered Bridge and the nearby Roseman Covered Bridge, featured prominently in the film adaptation.
Give us feedback