Route 66 is One of America's Most Famous Drives 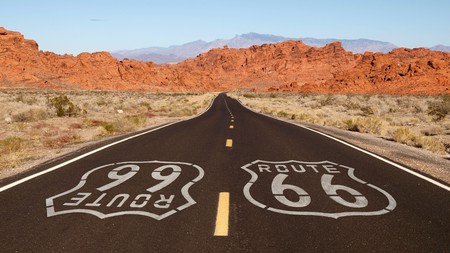 The Route 66 sign, with the red rock mountains of the Mojave desert in the background | © trekkerimages / Alamy

This 2,000-mile stretch of road from Chicago to Santa Monica isn’t just one of America’s oldest and most famous highways – it’s an adventure down memory lane, transporting its visitors to a bygone era of drive-ins and neon signs. Follow our guide including places to stay en route – bookable with Culture Trip.

It’s been immortalised in literature – John Steinbeck’s The Grapes of Wrath – and song – (Get Your Kicks On) Route 66 by the King Cole Trio – and nothing beats a road trip on Route 66. There’s actually 2,400mi (3,862km) to explore – so buckle up and enjoy the ride.

US Route 66, also called the Main Street of America and the Mother Road, was born of a growing and expanding America – those who wanted to migrate west needed a way to get from small, rural towns to larger, urban cities. In 1926, the government began constructing the national highway from Chicago, IL diagonally to Santa Monica, CA; that summer, the highway was designated number 66, with signs going up the following year. The road, gaining popularity, helped to support the communities it passed through, with businesses flourishing along its route. Despite the significance of this east-to-west artery, the highway was threatened by the new Interstate Highway System; it was officially removed from the US Highway System in 1985, although portions in Illinois, Missouri, New Mexico and Arizona are designated a National Scenic Byway.

It crosses no fewer than eight states – Illinois, Missouri, Kansas, Oklahoma, Texas, New Mexico, Arizona, and California – so planning can be a challenging task. Not sure where to start? Here are some tips to get you on the right path.

Dotted with historic gas stations, old-school diners, scenic flatlands, and unparalleled sights – ever heard of the largest rocker in Missouri? – Route 66 will transport you to a bygone era of America.

While it isn’t essential, beginning from the Route 66 starting-point in Chicago is the best way to launch your road trip. Other Illinois must-sees include Grant Park in Chicago, Ambler’s Texaco Gas Station in Dwight, Mural City in Pontiac, and the iconic World’s Largest Catsup Bottle in Collinsville. Get a good night’s sleep before embarking on your adventure by staying in one of these luxury hotels in Chicago. 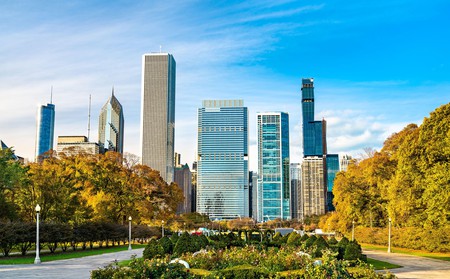 You can’t hit one of the most famous roads in America without visiting the World’s Largest Rocker in Fanning; other sights that shouldn’t be missed are the Meramec River US 66 Bridge and Route 66 State Park in Eureka.

Inspiration behind Tow Mater, a character in the movie Cars – an old truck that stands outside a former gas station-turned-café in Galena – is a must-see along with the Eisler Bros Old Riverton Store in Riverton (former Williams’ Store), the oldest continuously operating store on Route 66, and the Marsh Rainbow Arch Bridge, a significant Route 66 marker. 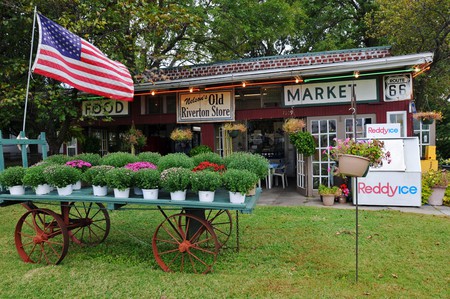 Oklahoma is a mine of historic finds – head to Ed Galloway’s Totem Pole Park in Chelsea, the Milk Bottle Grocery in Oklahoma City, the Round Barn in Arcadia, Conoco Hole in the Wall in Commerce, the Route 66 Museum in Clinton, and the famous 1972 Blue Whale in Catoosa – perfect for the kiddies with fishing, swimming and picnicking. 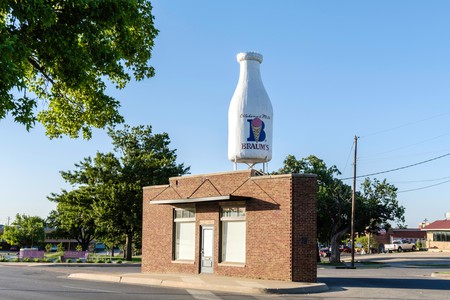 One of the most famous sights along Route 66 is Cadillac Ranch, in Amarillo, where you can explore the public art installations and sculptures and the famous “buried” Cadillacs. 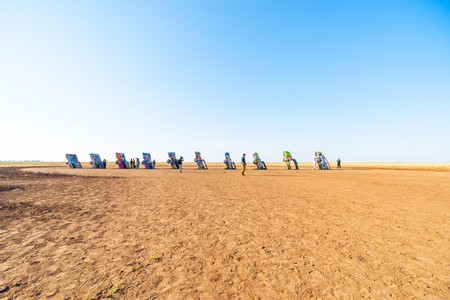 Delve into New Mexico’s native culture at the San Miguel Mission in Santa Fe – the oldest church in the US – Maisel’s Indian Trading Post in Albuquerque, the Acoma Curio Shop in San Fidel, and Glenrio’s ghost town. 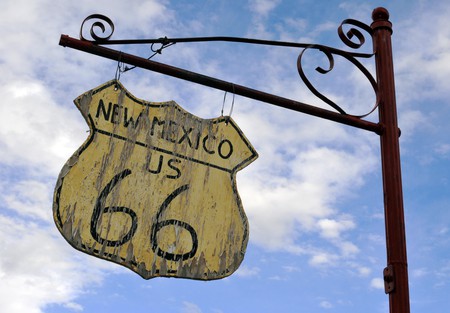 Known for its purple mountains and stunning desert lands, Arizona’s Painted Desert has some of the most breathtaking views on the West Coast; be sure to stop at the Grand Canyon and Petrified Forest (all three are located near the Four Corners area of the state), and the famous Meteor Crater, a 550ft-deep (167m) crater 18mi (29km) west of Winslow. 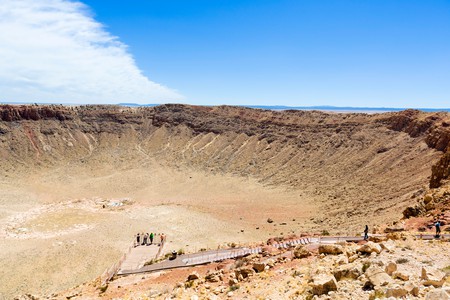 You can stand on the rim and peer into the Meteor Crater near Winslow, Arizona | © Ian Dagnall / Alamy

Pop into the historic Roy’s Motel and Café in Amboy for a drink, check out El Garces, a historic hotel in Needles, and don’t miss the Santa Monica Pier – the perfect culmination to 2,400mi (3,862km) of road views. Then put up your feet at one of these luxury hotels in Santa Monica for a well-deserved rest. 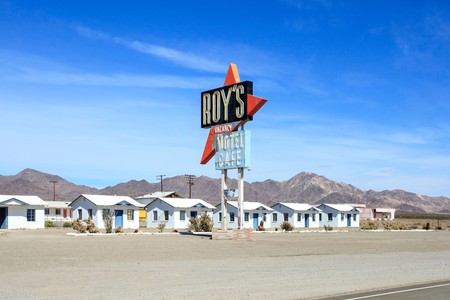 Illinois is filled with great restaurants, but for the real Route 66 experience, drivers should consider stopping at Lou Mitchell’s in Chicago, the Cozy Dog Drive-In or The Chili Parlor in Springfield, Ariston Cafe in Litchfield, DeCamp Junction in Staunton, Old Log Cabin in Pontiac, Crossroads Diner in Mount Olive, Weezy’s Route 66 in Hamel, or for a frosty treat, Whirl-a-Whip in Girard.

For Missouri eats, the Missouri Hick Bar-B-Que in Cuba and Ted Drewes Frozen Custard in St. Louis are a must; other sweet stops include Donut Drive-In and A Slice of Pie in St Louis. 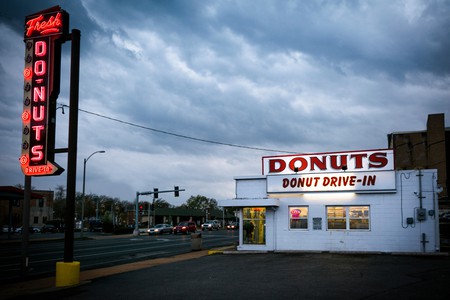 Baxter Springs Smokehouse BBQ is the perfect road-trip stop. Or check out another favorite, 4 Women, on the Route in Galena. Swing by Steve’s Candy for a sugar kick, and you’ll be ready for another few hundred miles on the road. 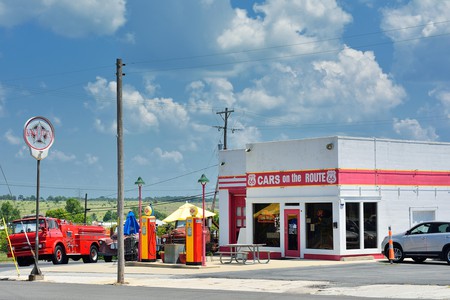 Cars on the Route in Galena, Kansas | © StockPhotoAstur / Alamy

You can’t head down Route 66 in Oklahoma without making a stop at the Rock Café in Stroud, a 1939 burger and fries institution, and Dairy King in Commerce. There’s also Green Chile Kitchen on Route 66 in Yukon, Cattleman’s Steakhouse in Oklahoma City, POPS in Arcadia, Clanton’s Cafe in Vinita, and Elote Café and Catering in Tulsa. 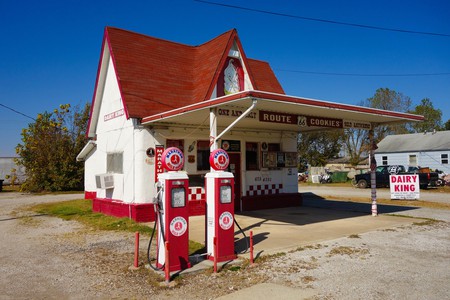 Keep it Texas-style and do it big at the Big Texan Steak Ranch in Amarillo, a must-visit for the first timer. Other great stops include the Stockyard Cafe in Amarillo and the Midpoint Cafe and Gift Shop in Adrian. 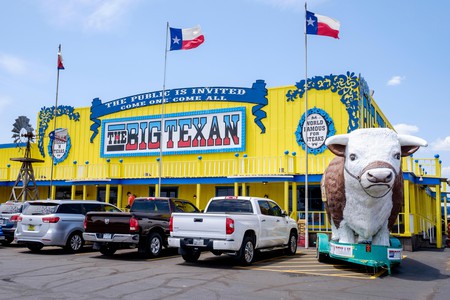 For New Mexico dining, Albuquerque is where it’s at – head to the famous 66 Diner for a true Route 66 experience; for Santa Fe eats, there’s Bobcat Bite and Flying Tortilla. Other options include the Comet II Drive-In in Santa Rosa and El Ranchero Café in Milan. 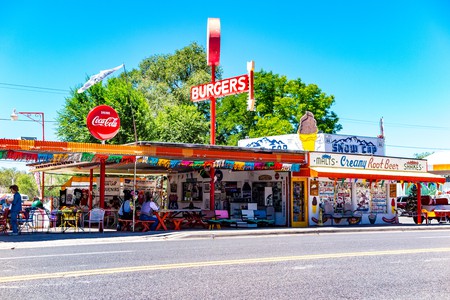 In California, the culinary scene is always on point, but for the sake of keeping it old-school, must-stops include River City Pizza in Needles, Idle Spurs Steak House in Barstow, and Euro Pane Bakery in Pasadena. For the tail end of your journey, spoil yourself at Water Grill on Ocean Avenue in Santa Monica.

Where to Stay Along the Way

From historic motels to high-end hotels, there are plenty of places to stay along the drive, each offering a different type of experience.

For budget-friendly accommodations here’s our pick of the best cheap hotels in Chicago. For a mid-range budget try theWit Chicago or Staypineapple Chicago, both of which feature in our article on the best hotels in the Loop. Or, if you’re looking to go big, book a stay at Conrad Chicago or one of the city’s many great luxury hotels. 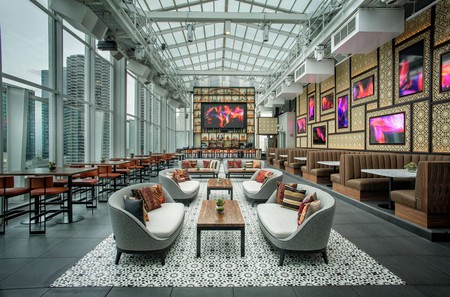 Missouri is the place to stay for that authentic Route 66 experience – stay at a restored, historic hotel, like the Munger Moss Motel in Lebanon with its themed rooms, or the Boots Court in Carthage, built in 1939. Branson is a lovely little town with good budget options like Dockers Inn, Super 8 By Wyndham Branson and Grand Plaza Hotel Branson. Or for a stay in the city, have a look at our guide to the best hotels in St Louis. 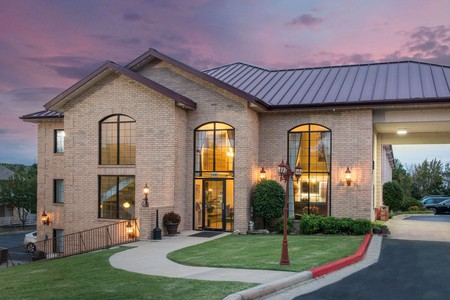 While it’s advisable to skip staying in Kansas and head straight through to the state of Oklahoma, if you do fancy stopping off in Kansas City, this selection of hotels should have you well covered.

For a budget-friendly stay in Oklahoma, there’s the Travel Inn in Claremore. If you’re in the mood to spend a bit more, head to the Skirvin Hilton, a historic hotel built in 1911, the Colcord Hotel, built in the early 1900s, or the Renaissance Hotel – all located in Oklahoma City. 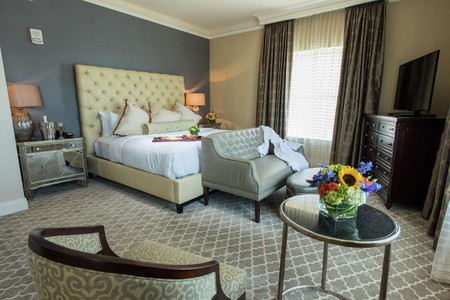 Amarillo is the only stop in Texas along Route 66, making this part of the road a quick jaunt to the next state. We suggest you plow on through to New Mexico for a good night’s sleep.

One of the most recognizable landmarks and well-known institutions along Route 66, the Blue Swallow Motel in Tucumcari makes for an authentic Route 66 stay. For those on a budget, head to the El Rancho Hotel and Motel in Gallup, the Hotel Blue in Albuquerque, the Motel Safari in Tucumcari, or the historic De Anza Motor Lodge in Albuquerque. If you’re willing to drive a few extra miles, we’ve curated a selection of the very best places to stay in Santa Fe. 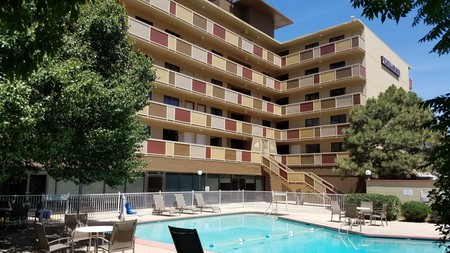 The Hotel Blue in Albuquerque

Flagstaff is the best place to spend the night if you want to keep on track, and we have a guide to the best hotels and inns in town. Or you could take a detour to Phoenix, where we recommend booking one of these stylish hotels.

You’ve made it! All the way to Santa Monica and a well-deserved rest. Why not treat yourself to a stay at one of the neighborhood’s luxury hotels? Or perhaps an equally relaxing but slightly cheaper boutique hotel? Alternatively, if your funds have been drained along this epic journey, there’s still a selection of very good value budget hotels on offer.