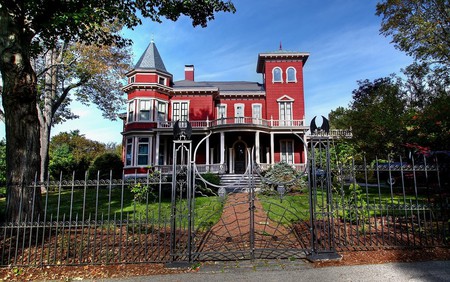 From foodies to film buffs, there are classic destinations to check off every bucket list. For horror fans, a few spots in the United States stand above the rest. So, start packing your bags—if you dare.

Horror film die-hards will want to trek to the far edge of Washington, D.C. in Georgetown, where M Street becomes Canal Road, to climb the famous steep steps from the final scene of The Exorcist. As fans of the film will know, the steps are also the place to be if you’re battling with an especially tenacious demon. 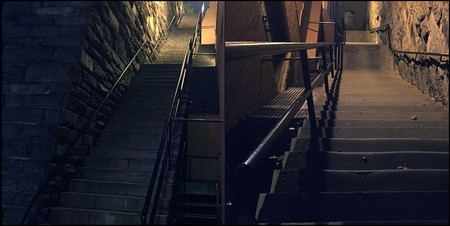 A horrific mass murder in 1974 in the town of Amityville, New York, would become the basis for one of the most renowned horror films of all time—The Amityville Horror. Rather than focus on the murder itself, the film took its inspiration from the accounts of a family who lived in the house after the killings took place, and claimed they had to leave because the house was so thoroughly haunted. The house is privately owned, but there’s nothing to stop you from driving by. 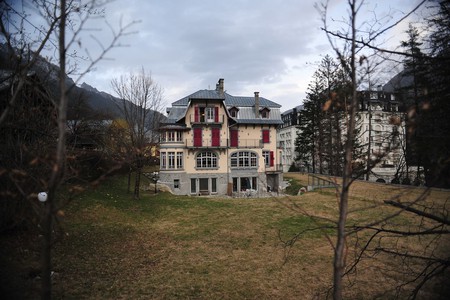 As one of the most famous creepy television shows in history, The Addams Family has legions of fans. If you’re one of them, you’ll want to make a trip to the Munster Mansion, a perfect replica of the family’s home in Waxahachie, Texas. The builders of the home went over all 70 episodes of the show in painstaking detail to make sure no part was overlooked in recreating the iconic abode. 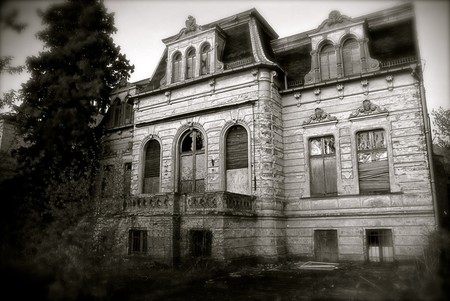 The Millennium Biltmore Hotel in Los Angeles plays an outsize role in film culture generally and horror film specifically. Not only was the hotel the birthplace of the Academy of Motion Picture Arts and Sciences in 1927, but it also appeared in Ghostbusters as the Sedgewick Hotel, which is where Egon delivers his famous line, “Don’t cross the streams.” 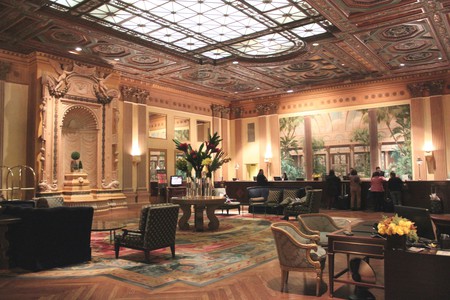 The quaint town of East Corinth, Vermont, is the site of Tim Burton’s cult classic film Beetlejuice. Super fans of the film will want to scout out the bridge where the Maitlands die, which can be found on Chicken Farm Road, near where the street meets Village Road. 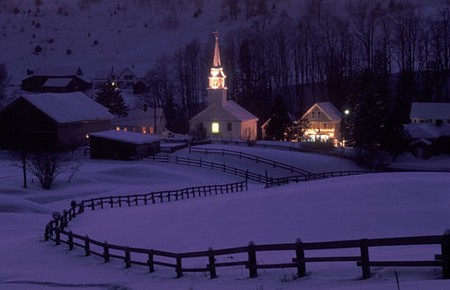 The U.S. military has plenty of undisclosed locations, and one of them is a secret film studio tucked away in the Hollywood Hills. In its heyday, the 100,000-square-foot studio produced dozens of classified movies, including those of atomic bomb tests. Today, the house is owned by Jared Leto. 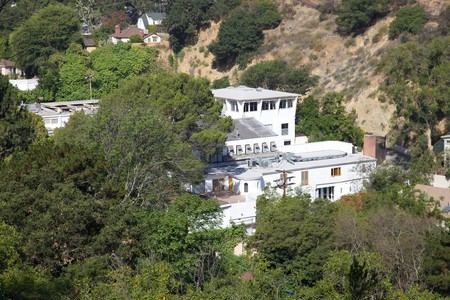 The most famous horror novelist alive, Stephen King’s house in Maine, where he has written many of his novels, should be on the must-see list of any true fan of the genre. Just outside the town of Bangor, the creepiest element of the house is its fence, which features bats, spiders, and three-headed reptiles.