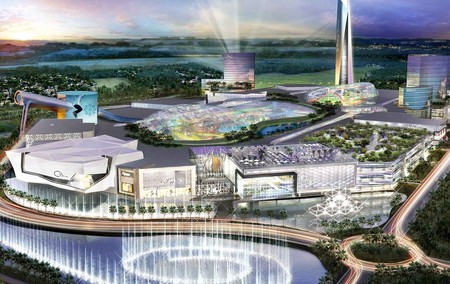 The future of retail is arriving to Miami, Florida – and it comes with a ski slope.

It’s been dubbed ‘American Dream’ and, at roughly 138 acres (for comparison, Rome’s Vatican City is just 110), its gargantuan size appears to match the developer’s ambition to take the ‘destination mall’ to the next level.

The plans, waved through with barely a murmur of dissent by Miami-Dade County, include a water park, theme park, ice-skating rink. Oh, and some stores, too.

Once completed, Miami’s American Dream will be twice the size of King of Prussia Mall in Montgomery County, Pennsylvania, which is currently the biggest in the country. 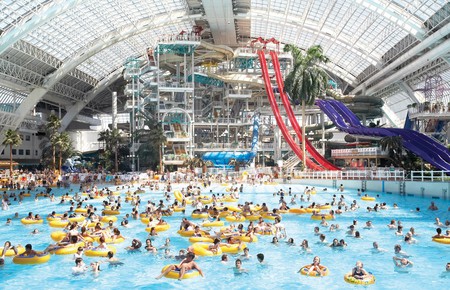 The idea is simple: nearly half the venue will be given over to entertainment. But, to reach the plethora of leisure activities, visitors will have to pass through the equally expansive retail courts. Want to check out the submarine lake? You can’t get underwater without passing some 1,200 shops. Fancy working on your golf swing? Get ready to be tempted by the this season’s collections before you reach the driving range. 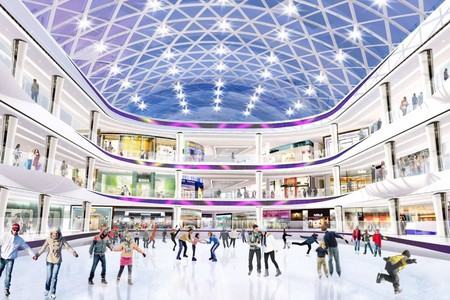 The developer, Triple Five Group, describes American Dream as a ‘lifestyle center’ and believes the concept will lead the industry for years to come.

This concept will first be put to the test at Triple Five’s 69-acre American Dream mall currently under construction just outside of Manhattan, New York, which is slated to open in 2019. 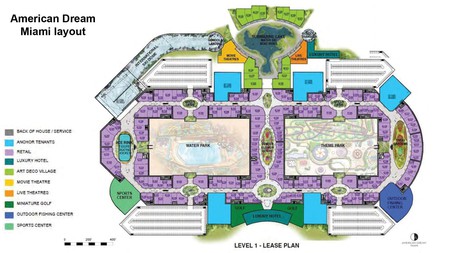 A proposed layout for this mega mall | Triple Five Group

Malls have suffered in recent years, with thousands of mall-based stores closing annually across the US. In the past year alone, once-staple stops of a weekend shopping spree, such as Toys R Us, Sears, Gap and K Mart, have shut down hundreds of outlets.

Online shopping and shifting consumer habits are to blame. In 2017, e-commerce accounted for 10.2% of global retail sales and this is expected to rise to 17.5% by 2021.

With Miami’s American Dream, Triple Five is seeking to ‘meet the demands of the modern customer’ by building an entertainment and retail epicentre that, as well as being equivalent in size to 100 football fields, will inspire a new kind of mall experience. The developer believes that this, in turn, will boost sales for all brands involved.

American Dream’s multitude of attractions are designed to bring in customers from all over the nation, as opposed to just the local area, and Triple Five expects to welcome 30 million people every year. 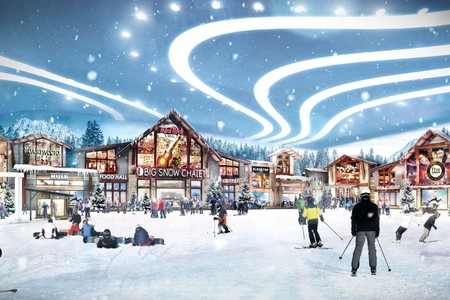 However, the project has been met with criticism, both from local competitors and environmental groups. The latter fear that the low-lying wetlands proposed for American Dream’s site will lead to storm-water flooding. Nonetheless, Triple Five’s plans have been approved by the city, although the developer will still need to obtain another series of permits and secure financing in order to go ahead. Should it clear these final hurdles, the prospect of combining a weekly shop with a cheeky spin around the ice rink will be one step closer to reality.