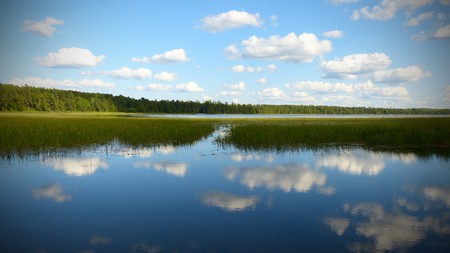 The Great River Road, otherwise known as the GRR or ‘River Road’, is a 3,000-mile-long venture along the Mississippi River, traveling from the Lake Itasca to the Gulf of Mexico. As one of America’s most famous roads and outfitted with scenic river views, charming towns, historical landmarks, and an array of changing landscapes, the GRR prides itself on being the ultimate road for experiencing the midwest. From Minnesota to Louisiana, discover how to make the most of this road trip.

Created in 1938, the Great River Road was formed by joining a series of local, state, and federal roads, which now make up a single route from Minnesota to Louisiana following the shores of the Mississippi River. Passing through 10 states – Minnesota, Wisconsin, Iowa, Illinois, Arkansas, Missouri, Kentucky, Tennessee, Mississippi, and Louisiana – the GRR is the ultimate waterfront drive, covering an array of landscapes from rich forest lands, flat pastures, and grassy meadows to cypress swamps, wetlands, and marshes. The road, a popular route for many, is also a designated National Scenic Byway in five states, playing host to many national monuments, parks, and wildlife refuges. Discover why the GRR is such a prized piece of Midwest culture, and a unique view of the Mississippi River towns that have long been forgotten. 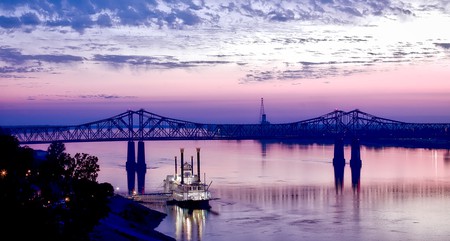 With over 3,000 miles of road to cover, the Great River Road plays host to a number of noteworthy stops along the way. For those starting in the north, Minnesota must-sees include Fort Snelling, a historic 1820s fort in St. Paul; Itasca State Park, the state’s oldest park, dating from 1891, with 32,000 acres of land and over 100 lakes; and the Mill City Museum, an old flour mill located on the Mississippi Riverfront. Next, find Wisconsin and its 19th century estate, the Villa Louis; Nelson Dewey State Park’s 500-foot bluff, perfect for river views, camping, hiking, or picnicking; and the historic Potosi Brewing Company, built in 1862, the best spot for a pint along the journey. Heading into Iowa next, be sure to stop by the Effigy Mounds National Monument, preserved Native American mounds; the historic Pinecreek Grist Mill; and the National Mississippi River Museum & Aquarium, the perfect kid-friendly pitstop. Once in Illinois, stop in at Galena, a historic 20th-century Illinois town; check out Fort De Chartres; and drive over the historic Old Chain of Rocks Bridge. In Missouri, don’t miss the Trail of Tears State Park, a historic park from 1838, and the Gateway Arch, the famous St. Louis landmark. 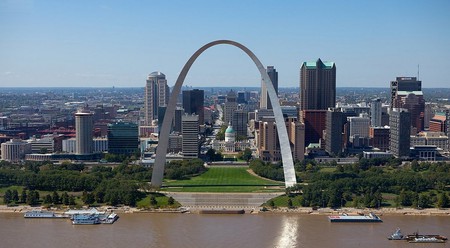 With half of the drive behind you, get ready for Kentucky’s Wickliffe Mounds Historic Site and Tennessee’s Reelfoot Lake State Park. Once in Arkansas, pop in to the Lakeport Plantation, a historic plantation house from 1859; stop by Lake Chicot State Park or Mississippi River Park for scenic views; and get a history lesson at Helena Museum or Hampson Archeological Museum. Heading into Mississippi, the ‘land where the blues began’, must-visits include the Delta Blues Museum, Vicksburg National Military Park, and the Tunica River Park & Museum. For an epic finale in Louisiana, be sure to stop at the Historic New Orleans Collection, an old museum that preserves NOLA history and culture; Jean Lafitte National Historical Park and Preserve; Louisiana State Museum; LSU Rural Life Museum and Windrush Gardens; the Oak Alley Plantation; West Feliciana Historical Society Museum; and Poverty Point World Heritage Site. Afterwards, take a stroll down the vibrant streets of NOLA, full of live jazz and southern flare. 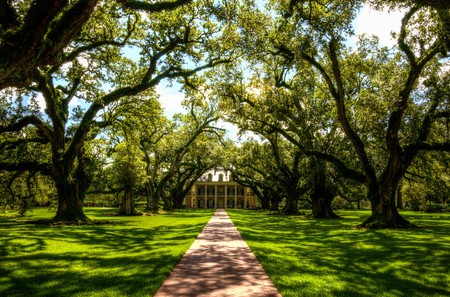 On the northern stretch of the GRR, head to Maiden Rock for a luxurious stay at Journey Inn – an eco-friendly spa hotel on 66 acres of nature-filled lands – or check out the historic Trempealeau Hotel from 1871, an upscale stay along the water. For budget-friendly stays, book yourself a room at the Maple Grove Motel in La Crosse, McGarrity’s Inn On Main in Lansing, or Riverview Cabins in De Soto. For middle-of-the-range stays, stop in at Turning Waters Bed, Breakfast and Adventure in Wabasha, Inn on the River in Trempealeau, McGregor’s Landing Bed & Bath in McGregor, or Redstone Inn & Suites in Dubuque.

Where To Eat & Drink

For adult-tailored pitstops along the drive, there are plenty of places to kick back a few. While in Kentucky, whiskey lovers should take part in a whiskey tasting at Woodford Reserve Distillery, the Buffalo Trace Distillery, or the Heaven Hill Distilleries; there’s also the Maker’s Mark Distillery and the Jack Daniels Distilleryin Tennessee, among many others. For wine lovers, there’s the Maiden Rock Winery and Cidery in Wisconsin, located along the Great River Road Wine Trail.

For eats, the GRR boasts a long list of restaurants in every state. For a memorable experience, head to the Freight House Restaurant in La Crosse, a historic restaurant from 1883; Red Pines Bar & Grill in Onalaska; the Hillside Fish House in Fountain City; Pier 4 Café and Smokehouse in Alma; Harbor View Café in Pepin; Bogus Creek Cafe and Bakery in Stockholm; or Flat Pennies Ice Cream for sweet treats in Bay City. Other noteworthy stops include famous BBQ joint Charles Vergos’ Rendezvous Restaurant in Memphis and Cochon and Acme Oyster House in New Orleans. 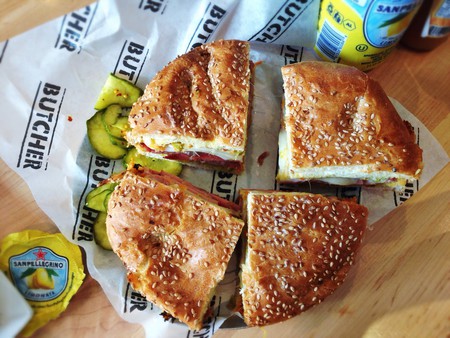