A Guide To America's Greatest Dams 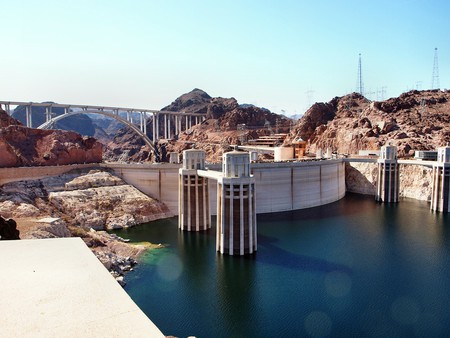 The US, with its vast 3,000-mile-wide landscape, has had the space – and funds – to build some of the most impressive dams in the world, many of which have helped to prevent massive flooding damage, provide irrigation and water storage, generate hydroelectric power, and control the waters of the nation’s many rivers. From Nevada’s Hoover Dam to California’s Oroville Dam, discover America’s five greatest dams. 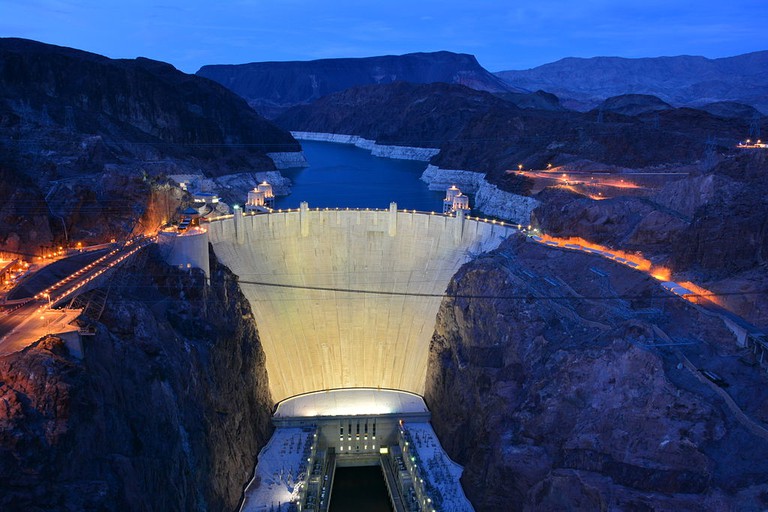 Hoover Dam at night | © Gayinspandex / WikiCommons
The Hoover Dam was the largest dam in the world at the time of its completion in 1935, with a height of 726 feet. Put in action by the U.S. Bureau of Reclamation in 1922, the Hoover Dam, once called the Boulder Dam, was built to control flooding of the Colorado River, irrigate the surrounding towns of the Southwest, and generate hydroelectric power. Costing $165 million and five years to complete, the Hoover Dam was one of the most challenging projects of its time as thousands of workers worked in heat and carbon monoxide-filled tunnels and hung from suspended heights of 800 feet above ground to build the 60-story arch dam – some even fell to their death. A designated National Historical Landmark and one of America’s Seven Modern Civil Engineering Wonders, the Hoover Dam receives over seven million visitors every year.
Open In Google Maps
Hoover Dam Hoover Dam, USA
Visit Website
Visit Facebook page
Give us feedback

The Theodore Roosevelt Dam was once the world’s tallest masonry dam, constructed northeast of Phoenix, Arizona, using large, irregular shaped blocks in a cyclone-shaped fashion. Built between 1906 and 1911 as part of a federal irrigation program, the Newlands Reclamation Act of 1902, the ‘Salt River Project‘ aided in the settlement of the West, providing irrigation for the dry, desert lands of Arizona and transforming it into fertile farming land; it also controlled the wild waters of the Salt River, prevented flooding, and generated hydroelectric power. At its completion, the dam’s 526,875 acre-feet of water reservoir, Theodore Roosevelt Lake, was the largest in the world. After its renovation in 1996, the dam no longer exhibits its previous masonry-style construction; today, it stands as a concrete-filled structure. 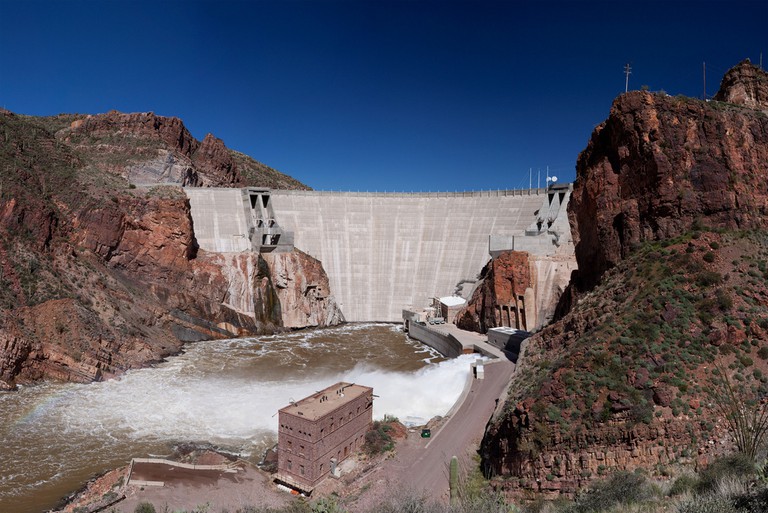 Fort Peck Dam, located in northeast Montana, is the highest of the six major dams located along the Missouri River, at over 250 feet high and 21,026 feet long. The dam was part of a major project in the New Deal, authorized by President Franklin Delano Roosevelt in late 1933; starting construction in 1934, the dam was built in hopes to provide jobs for a ‘Depression-plagued workforce’ and control flooding, a concern since the mid-1800s. By its completion in 1940, the dam had employed thousands of workers, with many towns springing up around the dam to house them. Today, the dam resides within the Charles M. Russell National Wildlife Refuge and helps to regulate water flow as well as create hydroelectric power with its reservoir, Fort Peck Lake – the fifth largest man-made lake in the US.

Natural Feature
Facebook
Email
Twitter
Pinterest
Copy link
Share
Map View
Oroville Dam, located 70 miles north of Sacramento on the Feather River, is the tallest dam in the US at a whopping 770 feet high. Built in 1957 as part of the State Water Project, Oroville Dam is an earthfill dam with an impenetrable core, built to control flooding, create hydroelectricity, and store water in Lake Oroville – a reservoir that can hold up to 3.5 million acre-feet of water. With its fish barrier dam and pool, the Feather River Fish Hatchery, Oroville Dam became one of the first major water projects with environmental protections at the forefront. Since its construction, the dam has prevented massive flood damage (the Feather River in 1964), has allocated the flow of water from the Delta to provide water for irrigation in the San Joaquin Valley and Southern California, and serves as a center for water recreation facilities like boating, fishing, and camping.
Open In Google Maps
Oroville, California, 95966, USA
+15305342306
Visit Website
Give us feedback 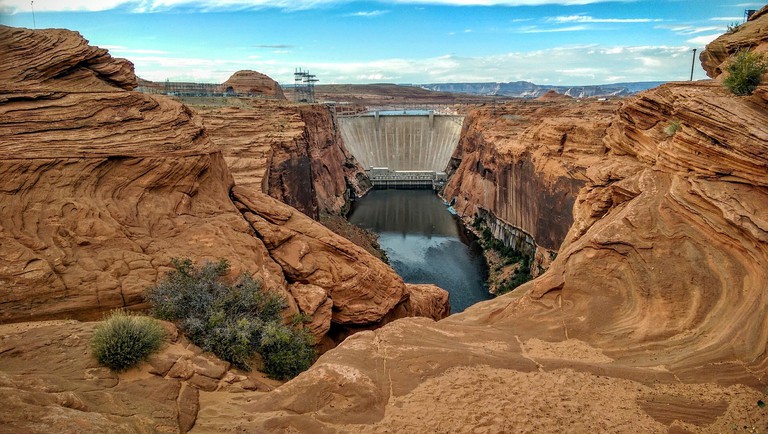 Glen Canyon Damn | Public Domain/Pixabay
The Glen Canyon Dam is a large concrete arch dam in northern Arizona; completed in 1966, the dam was proposed as part of the Colorado River Storage Project, a USBR federal water project. Glen Canyon Dam was created as a way to store water on the upper Colorado River, to regulate a sufficient flow of water from the upper river to the lower (especially in the case of a drought), and to generate hydroelectric power. The reservoir, named Lake Powell, is the second-largest artificial lake in the country, extending all the way into Utah. The dam and Lake Powell lie within the Glen Canyon National Recreation Area, which includes Glen Canyon, gorges that lie under the reservoir, for which the dam was named. In 1983, the dam nearly collapsed during a major flood as Lake Powell began to spill over; however, the dam held.
Open In Google Maps
U.S. 89, Page, Arizona, 86040, USA
+19286086072
Visit Website
Give us feedback
Give us feedback