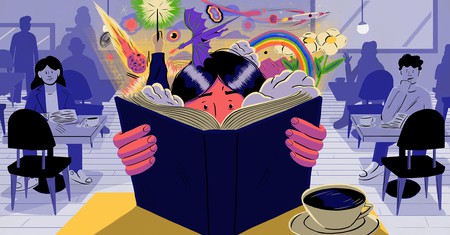 Despite fears of the downfall of reading, young adult book sales continue to rise, mostly due to millennial reading habits.

Since the end of the Harry Potter era, books aimed at teenagers have continued to rise in popularity. In fact, according to a 2012 study, more young adult books were purchased by adults than by teenagers, most of whom were shopping for their own reading – not for the teens in their life – and 28 percent of YA books were purchased by 30- to 44-year-olds. In a 2015 study, Nielsen, a global measurement and data analytics company, noted a 40 percent growth in the US juvenile market over the previous decade, the opposite of what has been happening on the adult market.

Literature written expressly for teenagers is a relatively new phenomenon. The young adult, or YA genre, began at the turn of the 20th century when librarians started curating collections for teenagers. These books were pulled from adult and children’s books, until the mid-1960s when publishers began to produce books explicitly intended for teenage readers.

But what makes a book YA?

Some argue that a YA book is defined by the teenage point of view. But non-YA books like Carrie (1974) by Stephen King, Sour Heart (2017) by Jenny Zhang and Icy Sparks (1998) by Gwyn Hyman Rubio, all of which feature young protagonists, seem to suggest this is not the case.

“To some extent, [YA] is a marketing category,” says academic and podcaster Mary Stephens. “But I don’t think that is completely accurate.” In searching for a stronger definition, Stephens cites Roberta Seelinger Trites and her book Disturbing the Universe (1979), which theorizes that young adult literature, as opposed to children’s literature, is more concerned with power structures. At its essence, YA books primarily engage with coming-of-age themes, including the struggle of approaching adulthood and understanding one’s place in the world.

Younger millennials might as well be called the Harry Potter generation. Harry Potter and the Philosopher’s Stone was first released in the UK in 1997 and has dominated and shaped the cultural zeitgeist ever since.

Unlike other book series of its time, the Harry Potter franchise aged with its readers. During the ’80s and ’90s, much of YA fiction was serialized, with no need for the books to be read in order. Goosebumps and The Baby-Sitter’s Club are great examples of this. As readers grew up in age and reading level, they would give up on a book series and move onto the next. But Harry Potter was different: it reads just as well for 11-year-olds as for 25-year-olds. Not only did Harry Potter get kids reading, it also broke the cultural taboo around books only being appropriate for certain ages. In a sense, the books became timeless: the generation raised on Harry didn’t give up on books because of an arbitrary age distinction. And it was this new shift that helped open doors for the current YA renaissance.

The theme of finding one’s place in the world resonates strongly with millennial readers, many of whom have experienced delays in traditional adulthood signifiers, like marriage, having children, and house buying.

But for many, reading YA is about finding comfort.

“[As a reader,] I kept returning to young adult,” says Mariah Brown, millennial reader and research professional. “I feel the tropes are really comforting. I don’t think there is anything wrong with reaching for that optimistic point of view. As an adult, you know you are reading through rose-colored glasses. Every boy with a brooding stare isn’t going to be your one true love. But especially the way the world is right now, it is nice to escape.”

While some offer escapism, many of the best-selling young adult books tackle hard-hitting issues.

“[Books like Angie Thomas’s] The Hate U Give (2017) talk about serious issues, but from the perspective of the teenage girl; it is more optimistic [than adult books].” says Andrew Kosturik, physical therapist and avid reader of diverse YA books. “There is hope for the future because young people expressing big and awesome ideas. It makes me more hopeful for the future.”

Young adult literature is often about empowering readers to realize the power they have in the world. “Along with Harry Potter, the biggest influence on me was the Animorphs series,” says Brown, discussing a series from the late ’90s. Animorphs was intended for middle school students and explored a world at war with aliens. “Towards the end of the series, you started to have concepts like the sacrifices of war and post-traumatic stress disorder (PTSD), a lot of really heavy things that. Looking back now, I think, ‘Wow that was a lot for 11-year-old Mariah to handle.’”

Like books intended for adults, YA books often tackle dark themes. The key difference for how these issues arise in YA versus adult is that they are given context. Books, like Speak (1999) by Laurie Halse Anderson, don’t just bring rape into the story to shock readers, but instead, help readers process and understand difficult topics. As the world seems to get more and more confusing, these books help readers of all ages find morality in complex situations. Reading becomes a lesson in empathy. As Kosturik says, “The world is continually evolving and those who don’t read are stuck in time.”

Responding to the call for diversity

While media in all its forms has seen the push for diversity, it is young adult literature that has perhaps responded most passionately. Organizations like We Need Diverse Books have leaned in to reflect the diversity of the world. The Cooperative Children’s Book Council, for instance, has been tracking the racial diversity of children’s books since 1985, and the past few years have shown a sharp increase in the numbers of stories by and about racial minorities. But there is still room for improvement. 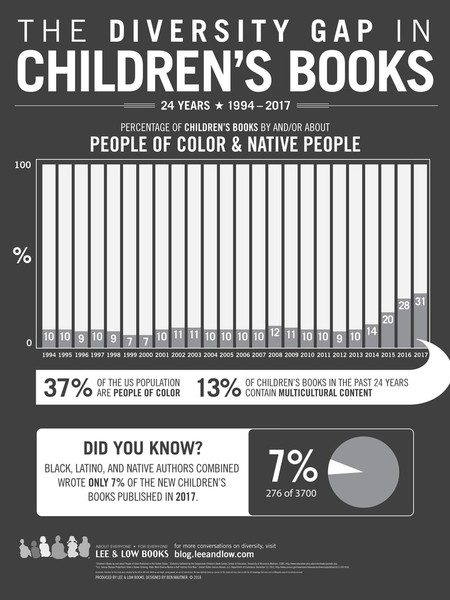 As America grows in its diversity, people want to see themselves and their friends reflected in literature. In YA, authors often allow characters to exist in the plot with more nuanced storytelling than were previously available.

For example, Everything, Everything (2015) by Nicola Yoon is a classic romance between lovers kept apart by factors outside of their control. The protagonist is a young Japanese African American girl and her love interest is white, but this is not a book about interracial love. As interracial relationships are on the rise, it is the young adult books that are reflecting this demographic change.

“I started reading even more YA about four years ago because I found queer young adult novels,” says Kosturik, now 27, whose queer identity has heavily influenced his reading practice. “Queer characters are just there. It is not a coming out story; it is just a part of the character’s identity.”

More hope for the future

“It feels like YA has exploded,” says Brown. “You can’t even keep up with all the hit new series coming out. It has gotten staggeringly more diverse, even in the last year.”

Brown is right that YA has exploded. Some figures show that publishers have tripled their YA titles in the past decade alone. According to Forbes, it seems that each generation continues to read more than the last, with a 2016 study finding that 80 percent of 18- to 29-year-olds read a book that year. As young adults continue to read it, YA will keep growing.

It seems millennials hunger for stories that not only reflect the world around them, but also offer a sense of hopeful escapism – and they’re certainly finding that in YA books.