'American Gods' Is Far From the Triumph It Should Be, and Here's Why

The first two episodes of the eagerly anticipated new show, an adaptation of Neil Gaiman’s bestselling 2001 novel, are an uneven, if promising, mess. Here’s why (with limited spoilers).

Sure, the hype train’s already started spewing its glitter all over the internet, to the extent that Empire, Forbes and even the Telegraph have decreed American Gods worthy of our collective adulation. But the truth is, as you’d expect, far muddier: for all the inventiveness and power of its source material, the show isn’t nearly as compelling as it should be. Worst, its first 30-40 minutes are a styleless shamble, devoid of pacing, and redeemed only by Ian McShane’s divine intervention. While the second episode, far better than the first, hints at a possible recovery, there are a few things that’ll need fixing before we can start calling this series an unmitigated success.

The style is nonexistent

American Gods isn’t a particularly pretty show, even in the way that, say, Game of Thrones, True Detective (first season, of course) or A Series of Unfortunate Events are recognizably stylish. Which is a shame because if there’s one place you’d expect a film adaptation of Gaiman’s novel to make its mark, it’s in the way of looks. The book, after all, follows an ex-con around the American Midwest and slowly immerses him in a mythological world full of gods, creatures, and other fancy things. It’s, in other words, a mix of Americana and fantasy—hardly the stuff of B-movie action filmmaking. And yet…

What the show lacks an atmosphere beyond the monotone and the cliché (which is an accusation that could also be leveled, somewhat, at Gaiman’s book, though it is far more inexcusable on TV). Not only does that mean that American Gods doesn’t have, for the most part, a sense of mystery, but also that the emotions are poorly conveyed. And emotions there should be, since the whole story starts with the main character, Shadow Moon, discovering his wife died in a car accident. How do we find out he’s actually grieving? Why, by a rare directorial coup, of course: we witness him scream at the sky while perched upon a promontory overlooking Shakamak State Park… Need I say more?

And it is a taste for platitude and vulgarity that is found throughout. The first scene, a flashback to the arrival of the first Vikings in North America, was dramatically altered from its corresponding passage in the book to include far more violence—a not wholly cartoonish, not wholly serious, and very liquid violence, at that. Likewise, the bar scene in which Shadow Moon makes a deal with Ian McShane, which had the potential to be everything in terms of gloom and surreal atmosphere, is ruined by location (reminiscent more of Brooklyn hipsterdom than backwater Indiana) and awful writing. 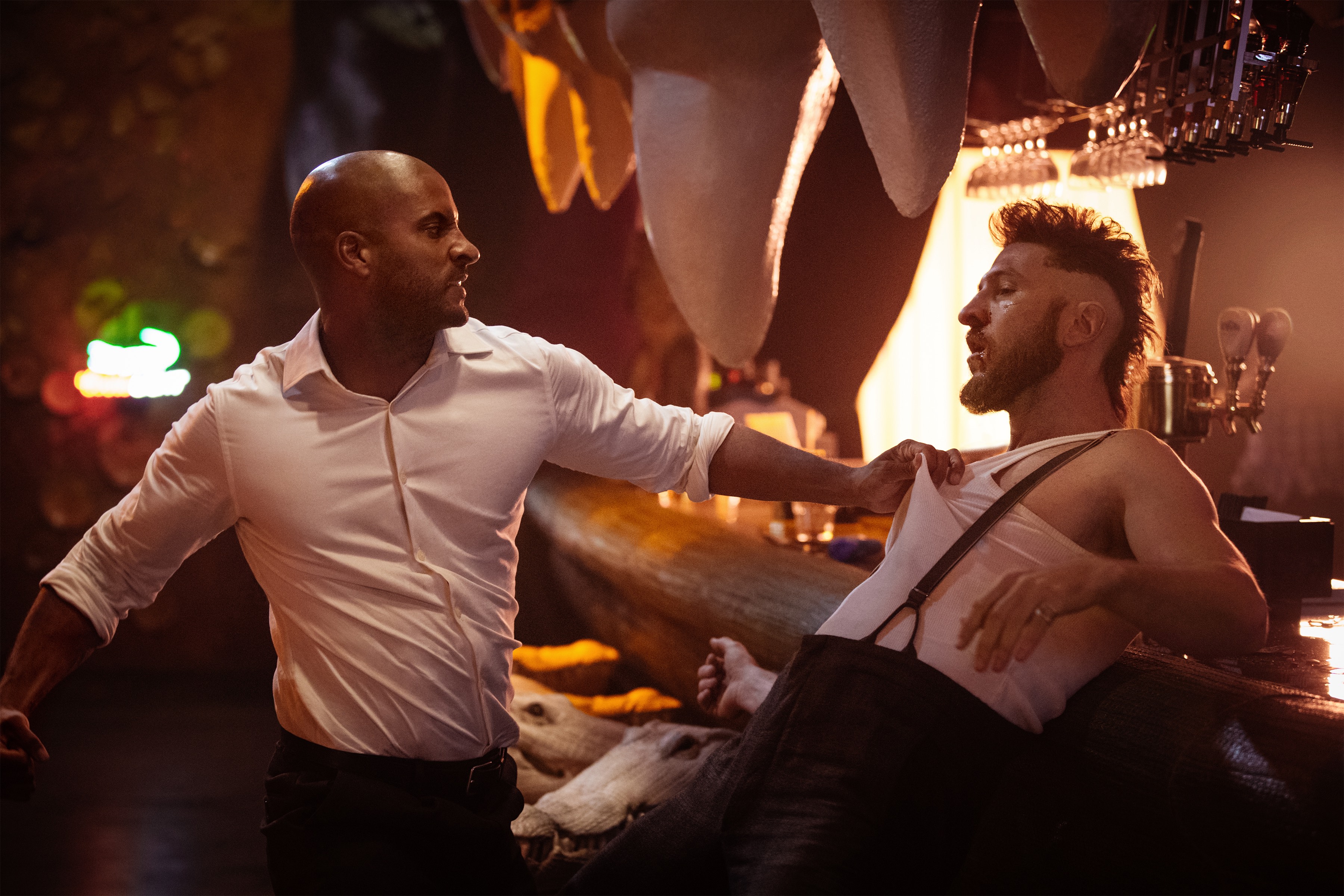 The pacing is off

Which brings me to my second point: part of the reason why there seems to be no real mystery or magic around the show’s first episode (the second, admittedly, does a bit better) has to do with the way it is written. Eerie takes time to build up, the same goes with grief, and the show fails at providing us with both because it refuses to ease us into them. Something, it is worth pointing out, Gaiman did in his novel.

Not only do we get no sense of Shadow’s previous life with his wife Laura, but the character is introduced to us with the feeling that something is going to go wrong, only for that thing to go wrong immediately thereafter. That’s not exactly recipe for anticipation. An error exacerbated by the fact that the time gained by cutting on exposition is used for the episode’s worst scenes: Shadow howling at the wilderness, an unconvincing conversation at a cemetery, and an extended introduction to Technical Boy, the mean impersonation of the internet, used only to provide the episode with a cliffhanger.

And there are a few dumb changes 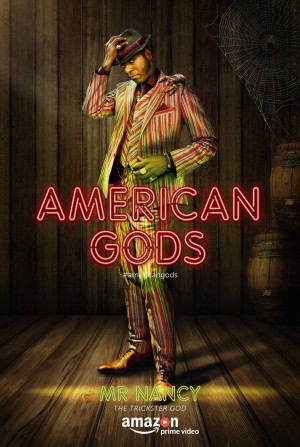 Now, mind you, in American Gods deviations from the source material are on the whole quite good, and certainly fare better than those of other leading adaptations (looking at you, Game of Thrones). The tweaked, vlogger-like appearance of Technical Boy is an example, but so is the show’s new racial dimension—illustrated early in the second episode with power and gravitas by Orlando Jones’s Mr. Nancy, in what is easily the show’s best scene so far.

Nonetheless, this doesn’t detract from the fact that the showrunners have inserted a few specimens of what we intellectuals call “dumb shit” into the story. The most egregious being perhaps the cliffhangers, forcibly added to the narrative, which serve to finish off both episodes. Going through them now would, of course, involve major spoilers, but you might as well know that they serve no purpose whatsoever, and actually, in the case of the first one, harm the continuity of things.

So there it is: American Gods is redeemed, so far, by the performances of its actors. Ian McShane makes for a magnetic and delightful Mr. Wednesday; Peter Stormare is a dark and unhinged (to put it mildly) Czernobog; Orlando Jones is a charismatic and grandiose Mr. Nancy; etc… Yet the show is still far from a triumph, and will need to prove itself far better at continuing a narrative than it is starting it. Here’s hoping for the best.

The show will be available weekly on Amazon Prime in the UK, starting May 1st (and Starz from April 30th in the US)