Isadora is set just after the artist’s abrupt departure from the stage following the tragic death of her children and follows her struggles to return to her career. 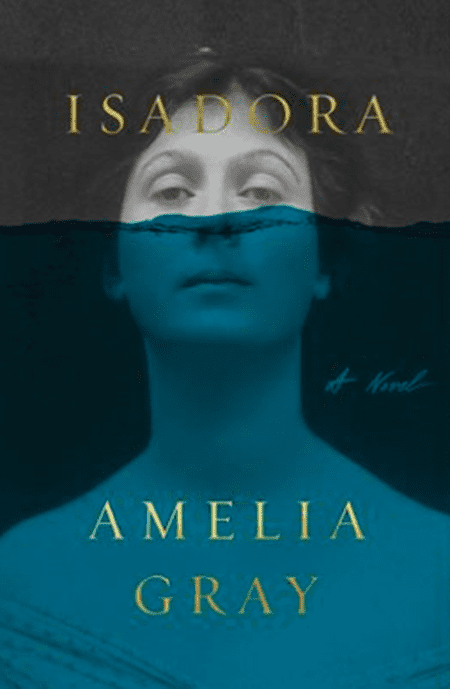 Courtesy of Farrar, Straus Giroux I Design by Na Kim

The art form of dance owes much to Isadora Duncan. An American dancer in the early 20th century, she became known for a novel form of dance that broke from balletic tradition and moved boldly into naturalistic movement patterns. Though under-appreciated at home, her dances found a wide audience in Europe where she became a sensation. Her celebrated productions and schools would help birth a new art form—modern dance, or what the critic Lincoln Kirsten described as “hymns to freedom,” as Duncan could convincingly “interpret” abstract concepts such as “Joy, Hope, Immortality, and the Soul.” The poet Carl Sandburg, who penned an ode to Duncan, wrote of her abilities: “She believed she ran into storm, rain, sun and became part of them and they were afterward woven in her dances.”

Add to these admirers the contemporary writer Amelia Gray, whose newest novel Isadora seeks to examine the humanity and myth of Duncan through the lens of a biographical novel. “In a time when dancers laced themselves into corsets and audiences worshiped the rigid precision of ballet,” she writes as way of prelude, “Isadora made her life’s work a theory of dance which claimed that if the ideal of beauty could be found in nature, then the ideal dancer moved naturally.”

Isadora opens in 1913 Europe, when political strife and artistic movements were making great progress toward modernity and Duncan, then in her mid-thirties, was at the height of her career and celebrity. Duncan interprets this swell of energy as the creative unleashing of a new artistic era. She admits to the Italian actress Eleanora Duse, “I believe that there’s a collective energy, that enough people thinking the same thought has the power to alter the physical world.” While in Paris, however, Duncan’s two children, Patrick and Beatrice, are being driven home with their nanny to the family’s newest flat when the chauffeur loses control of their automobile and it plummets straight into the Seine. The chauffeur survives; the children and nanny do not.

Helping Isadora through this period is her sister Elizabeth, at once her most burdened sidekick and biggest supporter, as the glue who holds together the Duncan family’s legacy—once tarnished by their father’s bad dealings, and now returning to prosperity. It’s not an easy role, by any means. Though Elizabeth hardly knew the children, she endures the full brunt of Isadora’s tempestuous grief, which collides with Elizabeth’s own crushed fantasies midway through the novel. “I wonder sometimes about the damage of simply living in the world,” Elizabeth confides in an unsent letter to the object of her desire, a man named Romano, who ends up sleeping with both sisters. Isadora, who could care less about Romano, considers if the synergy she feels may have caused her children’s death and, in believing this to be true, she ingests their ashes during her meals to retain it. It’s this dance of going on—while also being unable to—that allows Gray to examine, in cuttingly astute and visceral prose, the shadow of one’s self after a sudden and heartbreaking loss that can steer one into madness.

Though Isadora is a novel, it has the familiarities of a play; it is divided into four acts with many small scene changes, with set descriptions encapsulating the essence of events about to unfold. Gray writes in a lush and, at times, grandiose language, one where ornate poesy liberally swirls throughout the text, even spilling into the monologues of her characters: “Before having the pianist begin,” says Duncan, “I liked to stand in silence for a full minute, taking in my audience and breathing with them. I hoped they would each feel I was inventing the program on the spot for them, when in reality I had practiced every move in sequence for weeks, including the walk to my mark and the ease with which I would ask the pianist for a certain movement or cadenza… Eventually, the spontaneous feeling came to work too well, and I found myself needing to prove my own mastery, which made the whole enterprise lose some of its magic, but that came long after that winter in 1909, when magic was in high supply.”

Gray displays a wide range of versatility in her dance literacy—often in surprising, pleasurable ways — but she is most eloquent when describing Isadora’s connections to other people, particularly the complexities of her romance of Paris Singer. In one insightful moment, while Isadora is performing on stage, Singer—soon to be father of Patrick—is standing in the audience, and Isadora watches as he unobtrusively slips out of his shoes to stand barefoot: “He didn’t make a fuss about it, holding toe to heel to remove one and then the other while remaining upright. It seemed as if he didn’t want to disrupt the performance, moving slowly and watching me all the while, and I was the only one who saw him do it. He stood beside his fine dress shoes. It was the sight of him in his trouser socks that made me realize we would make a child together. He would continue to surprise me though never quite so sweetly.”

There are times, however, where Gray’s poetry disturbs Isadora’s. That passage “when in reality I had practiced every move in sequence for weeks,” is particularly troubling. Central to Duncan’s method of dance are its improvisational elements: in the performance of Duncan work, the performer is simultaneously inventing on the spot and delivering practiced sequences of movement, and that simultaneity contributes to the natural magic of her performance. That’s core to the art form. While some readers may consider this a splitting of hairs, since such details may be invisible to the general public, it screams “foul” for practitioners and scholars of dance. 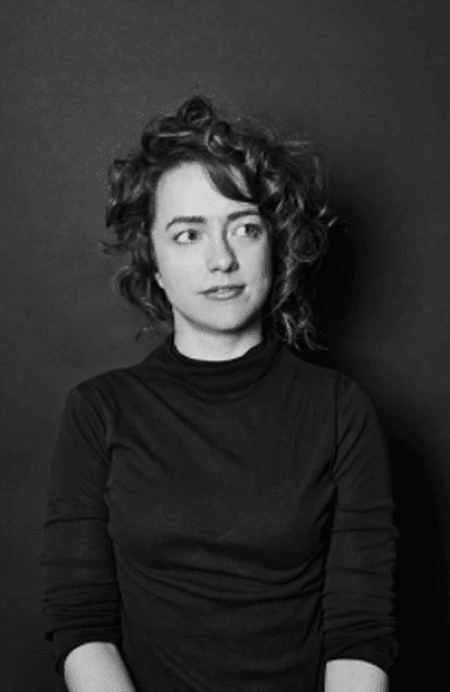 Gray is otherwise strongly committed to honoring Duncan’s body and art as best she can. Isadora has its infelicities, yes, but it also has passages of great beauty, exhilarating savagery and humor. After a fight with Isadora’s sister-in-law Penelope, for instance, when Penelope leans in for a reconciliatory kiss of the cheek, Isadora instead turns her chin and bites down on the poor woman’s lip, clamping down like a pup on her bone, refusing to let go despite Penelope’s whimpers. When released, both archly resume normalcy as if nothing happened.

Though it goes unmentioned by Gray, in real life, Duncan choreographed a series of solos that expresses the tragedy of her children’s death and her grief that followed. Accompanied by Chopin’s Preludes, the dancer passes her hand in a long, gliding zig-zag motion: to the left, through the water, reaching for the children; to the right, over the water, realizing they are no longer there; to the left, heavenward, into a gesture of farewell on the closing note of “Prelude No. 20.” In the brief silence before “Prelude No. 21” begins, the left hand floats back to the folded legs and the gaze lowers. I won’t describe the rest; you should see it.

Gray may be limited in describing the actual art of dance as dancers experience it, yet Isadora transcends the realities of its individual characters to focus on the ties that bind them. Duncan’s voice is mainly heard through letters she writes to “Teddy” — Gordon Craig, father of her first child — in the aftermath of the children’s deaths. In Gray’s hand, Duncan’s voice is florid, laying out her thoughts to form explosively creative rituals, as if she is trying to stage her way out of reality in order to transform her grief. “We made a storm of human energy,” writes Duncan of one of her performances. It may be that no one, not even an accomplished novelist, will ever be able to contain it.

Kristin Hatleberg is a performing dance artist, somatic arts educator, and is currently a practitioner-in-training at the Somatic Experiencing Trauma Institute.