Alleyways Are the New Art Galleries in the U.S. 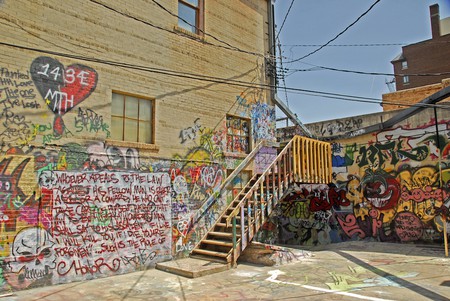 Turning lemons into Instagram-ready lemonade, cities large and small across the U.S. have zeroed in on once-dingy alleyways as a new frontier for art, theater and social engagement.

Beyond the confines of brick-and-mortar galleries and studios, artists across an array of genres are giving new meaning to the idea of street art, proving that even the unlikeliest of spaces have the potential for beauty.

Rapid City, South Dakota, is an on-the-rise city with a burgeoning arts scene anchored by the aptly dubbed Art Alley. Located right off downtown’s Main Street, between 6th and 7th Streets, the outdoor gallery first took shape as an illustrious art project in 2005. In the ensuing years, it blossomed as a mecca for street art—a dynamic canvas for artists to freely express themselves and their vision. Today, Art Alley is a kaleidoscope of color, featuring vibrant graffiti-style work alongside abstract and pop art from artists near and far. Displays spread across multiple buildings, up ladders and even on dumpsters. Live guitarists are a common sight as well, and dancing is encouraged. 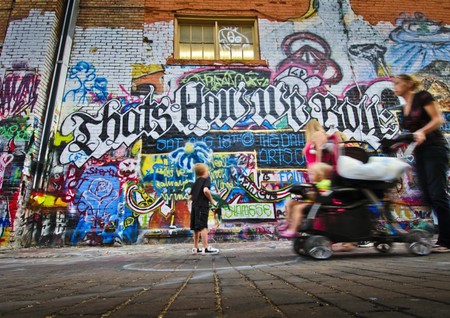 Art Alley in Rapid City is a destination for street art, music and even dancing | © Visit Rapid City

In Boise, Idaho, Freak Alley achieves a similar feat. It’s proof that smaller, under-the-radar cities are ready for innovation. Initiated in 2002 by a drawing on a door behind a restaurant, downtown’s Freak Alley evolved into the biggest outdoor gallery in the Northwest. Far spiffier than your run-of-the-mill alley, thanks largely to substantial pavement upgrades and a steady cleaning regimen, the alley is an oasis for local artists.

As a nonprofit, the Freak Alley organization works to provide supplies like paint and brushes for artists looking to display their work for locals and tourists alike. From Batman to Breaking Bad (one of the lead actors in the show, Aaron Paul, is a Boise native), inspired murals really run the gamut, and while some paintings are permanent, large portions of the gallery rotate artists on a periodic basis to keep things fresh. Thanks to its prime location right off restaurant-packed 8th Street, it’s also a convenient stroll for passersby.

Detroit’s quintessential urban comeback story has developed an impressive street art scene in recent years. One of the city’s most vibrant examples is The BELT, a collaboration between Library Street Collective and Bedrock Real Estate Services that links Gratiot with Grand River. Named for its location in a former garment district, this gussied-up alley behind a parking garage displays the full power of public art, transforming a once-derelict pathway into a destination in and of itself, lined with benches, a repaved walkway and bulb lights. Murals and installations come courtesy of local and international artists, who have helped transition the downtown alley into a cultural hub. Today, The BELT even has restaurants and bars, like The Skip, and artists host exhibitions that invite the public to fill the space, socialize and learn more about the art from the artists themselves. 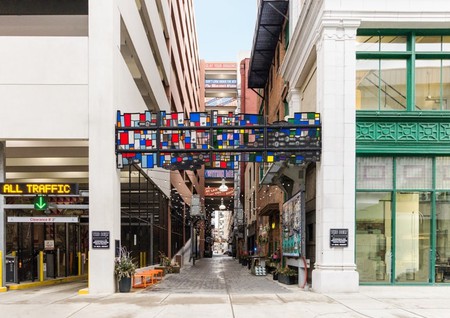 The BELT in Detroit is a great place to linger, marvel at art and dine | © Library Street Collective

Due to its instinctively public nature, graffiti allows artists to express messages to a wider audience. In Indianapolis, the Alexander Hotel, the only hotel in North America whose art program was curated by an accredited museum of art (the Indianapolis Museum of Art), extended its aesthetic into its parking garage by commissioning British street artist Nick Walker to enliven a space that’s typically an afterthought. Taking his graffiti style to the next level, even though he was commissioned, Walker only worked at night, creating a mysterious “Vandal” character and displaying him throughout the garage. Now, rather than a basic place to park cars, it’s a veritable gallery, often with a tongue-in-cheek approach—like the word “Vandal” depicted with a heart in place of the “V.” 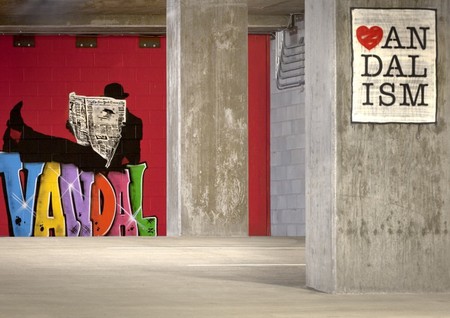 Down in St. Petersburg, Florida, a local nonprofit called Florida Craftsmen smartly sought out graffiti-style artists for alley murals behind restaurants and businesses, with the intent to deter vandalism. Resulting works include Space Rainbows by California-based graffiti artist Ricky Watts and Time to Think, the largest mural in the city, located behind the Florida CraftArt building. Now, weekly walking tours take visitors past more than 25 installations, showing how previously overlooked areas can be transformed into tourist destinations.

Taking alley art a step further and evolving it into full-blown events and celebrations, Chicago’s ACTIVATE is an art series that takes place in specific alleys in the Loop, featuring installations, music and theatrics. Tapping into the dynamic nature of street art, ACTIVATE avoids permanent pieces for pop-ups that encourage visitors to explore the nooks and crannies of downtown Chicago. The vision of Chicago Loop Alliance and curators Canvas Chicago, each event features wine and beer alongside elements like interactive street art, DJs, live music, performances and even fire-dancers. 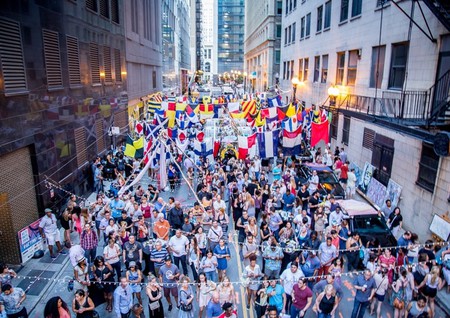 Whether as a means of deterring vandalism, cleaning up blighted thoroughfares or transforming under-utilized spaces into socially engaged destinations, alleys are an exciting new frontier for urban artists in the U.S. 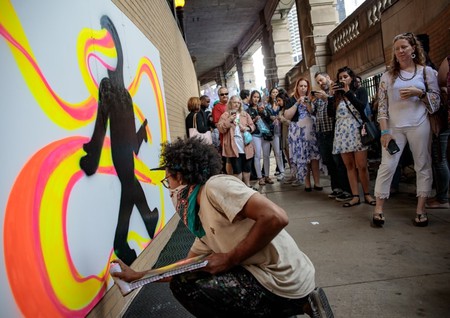