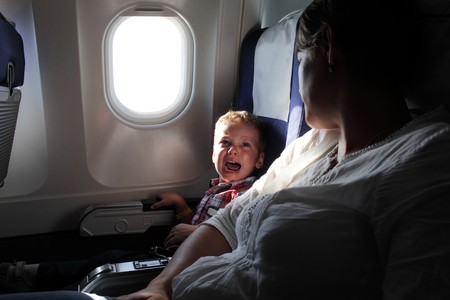 If you hail from, or are planning to travel in the US soon, we’ve got some good news for you. Budget airline IndiGo just announced that they’ll be introducing ‘Quiet Zones’ on all their flights.

So long to the days of screaming kids kicking your seats, pulling your hair and delaying your flight to paradise (or work). Yes, controversial it may be, but many travellers and oodles of airlines say that the ‘adult-space only’ trend gives hard-working business travellers a better opp to get their work finished, or more importantly, have a nap between meetings. Some however, are not happy, especially parents.

This is the first US carrier to have introduced the change. International airlines including the likes of Malaysia Airlines, Air Asia and Scoot airline from Singapore, have already introduced similar policies over the last few years.

As you can imagine, several people took to twitter to express their joy at the news, some even saying they would pay (yes, pay) for the option:

An airline has introduced #childfreeflights and I feel like the world is answering many peoples prayers right now.

How are #childfreeflights "discriminatory"? You do realise that there are other – like ALL other – flights to choose from, right? 😕🙄

Just flown 7hrs with whiny whipper snappers from NYC to Madrid. Barely got any sleep. I say yay to #childfreeflights !

I used to think banning kids from planes would be overkill. My last vacation changed that. #ChildfreeFlights

Others, were pretty peeved off:

#ChildFreeFlights are terrible. Everyone should have the right to vacation or visit family in other places with their kids. #GetHeadphones 🙄

#childfreeflights ? Sure but I hope the cost is your soul. Mama of 4 over here and love to take my babies on vacation! #getoveryourselves

What do you think of child-free flights? Let us know in the comments or join the conversation on our Twitter page, @culturetrip.