After India, The US Has the Most Endangered Languages in the World – Here's Why 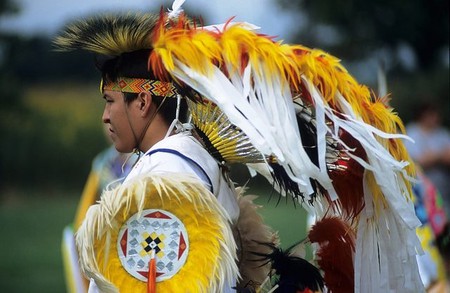 When most people think of language in the US, they think English. Therefore, it might come as a surprise that, after only India, the US has the highest number of endangered languages in the world.

Based on the UNESCO Atlas of the World’s Languages in Danger, there are 192 endangered or extinct languages in the US, many of which are Native American. Tribal languages, such as Comanche, were severely and intentionally reduced, starting when white settlers set up schools where Native American children were often punished for speaking their own languages.

Dr. Greg Anderson, director of the Living Tongues Institute for Endangered Languages, told National Geographic that there are between 150 and 170 languages that still have at least one speaker. “Many of these languages have fewer than a hundred speakers,” he said. “There are very few languages that have decent prospects of surviving without significant efforts on the part of their communities to continue to find a use for them.”

The barriers to keeping these languages alive are formidable. The small frontier village of Taylorsville, California, is an illustrative example. Taylorsville is a village of Maidu Native Americans, but in 2014, only five residents still spoke the Maidu language, and they were between the ages of 87 and 93. What’s more, they did not necessarily want the language passed on to subsequent generations, as they associated it with difficult times. As one resident put it, people sometimes would “rather turn in on themselves than share their culture with a world they distrust.”

But some Native American cultural and historical preservationists are engaged in heroic efforts to preserve their languages. Efforts include college courses, immersion schools for young people, and recording languages before the last remaining speakers die.

The Comanche Language and Cultural Preservation Committee has been engaged in particularly strenuous efforts; they have put together a dictionary, developed language courses and recordings of Comanche songs, and even hold concerts in towns in Oklahoma, where there is a large Comanche population.

If their efforts are successful, the next list of endangered languages in the US might just be a little bit shorter.