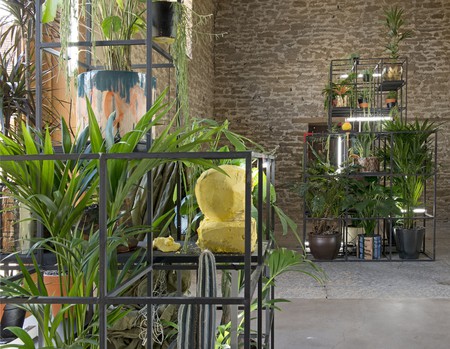 For his latest exhibition in Bruton at Hauser & Wirth Somerset, the Chicago-born artist, Rashid Johnson employs a wealth of media and cultural ideologies to explore escapism and the aesthetics of African Art. 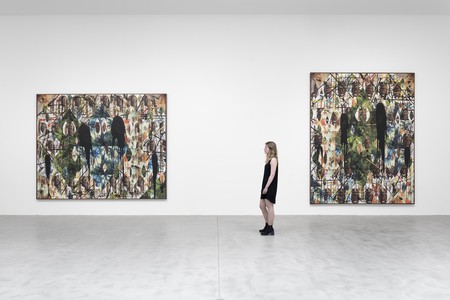 A self confessed creature of habit, Rashid Johnson goes to his New York studio the same time everyday. Not normally one to take up an artist residency, he embraced the concept of working at Hauser & Wirth’s Somerset gallery – set within converted farm buildings in Bruton – over the spring months to create an exhibition. The experience took him out of his comfort zone and provided the impetus for Stranger, which explores escapism and cultural identity on a globalised scale. 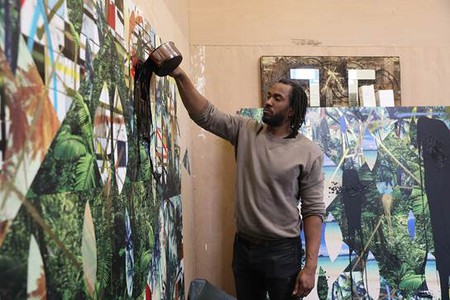 Culture Trip: How did you came across James Baldwin’s story that, in part, inspired the exhibition’s title.

Rashid Johnson: My mother gave me a copy of a book by Richard Wright called Native Son that he wrote in 1939. It’s a really complicated story about a young guy in Chicago, who by accident gets involved in a situation where he murders a woman and how he had to deal with his actions. I read that and was forever changed by the story. But after that I was given a book of essays by Baldwin called Notes on a Native Son and it turned out that the book was a take down of Richard Wright’s story and I remember thinking: ‘Wow, this is great criticism of a book I thought was really complicated.’ So it really was, in a sense, my first introduction to criticism. 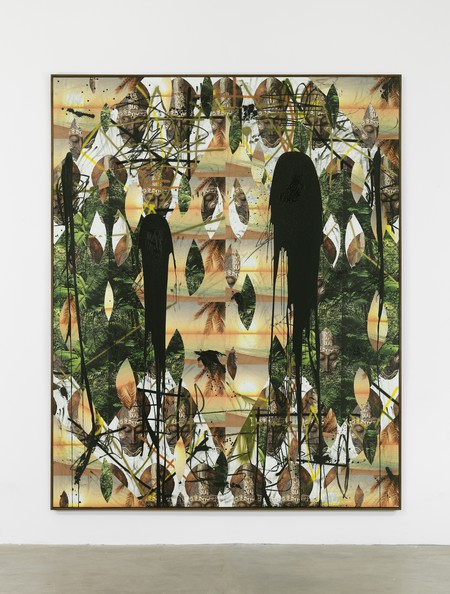 CT: How old were you?

RJ: I couldn’t have been older that 16. At the end of the book there is a short essay, no more than 16–17 pages called ‘Stranger in the Village’, and when I read it, I remember thinking it was a beautiful and complicated story about being a traveller. There has always been this idea for me and I think for a lot of Black Americans of how to be in other places; like who would you be in other places – the ambition to wonder what it’s like outside of your environment and what people will think of you. 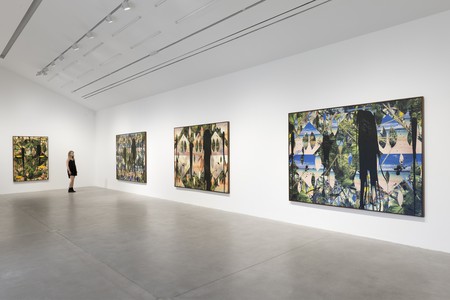 CT: You use a variety of media in your work, such as shea butter. Can you elaborate on how this directly links with exploring the symbolism of Africanness?

RJ: It’s a big question, but for me, the exploration of Africanness or African identity has always been somewhere in my work, and in my attempt to understand who I am and how I came to be. As a very Western artist from a very Western place, I have strong links to Western Europe and a lot of my education centres around Western philosophy, art and art history. And my engagement with Africa is different, my relationship in some ways is fictional. There is a reality to my relationship to the African diaspora, but that reality is so far removed that the exploration of it, at times, almost verges on exoticism. It’s interesting how my agency functions in that conversation. I’m given an opportunity to explore these things without potentially having as much criticism levelled on me. So there is this opportunity to explore being this diaspora person through material, visuals, creating fictions, and I take liberties in that. 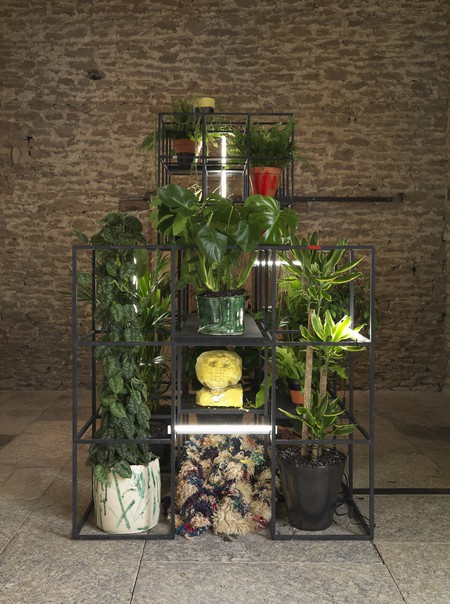 CT: What liberties do you take?

RJ: In my use of the materials and the assumption of how those materials function. So for instance, shea butter is a material that is used in cooking, it’s used as a product for healing and for skincare, so it’s got this really wide-ranging employability. So when I use it, I talk about healing, and I talk about the idea of the application of Africanness to the body. If you’re in Africa you’re not considering applying an Africanness to your body, you’re just using the tools that are near to you. So my kind of projection onto that material is exoticising and creating a narrative that is exclusive for people from my location. 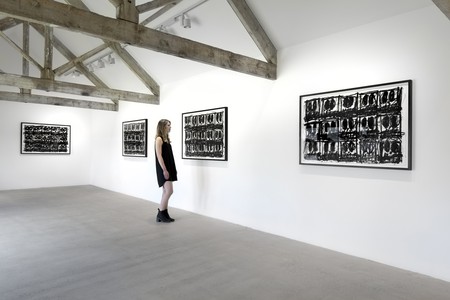 CT: I read that there is black soap in the bathroom?

RJ: Yeah I use a lot in the work so we decided to put it in the bathroom.

CT: Is it the first time you’ve done something like that?

CT: Are you having a bit of fun?

RJ: I think it’s fun but it’s also educational. I think there is something about the work that has a utility I’ve always thought about and if I can actually put that into action and people can engage with that, then there is a kind of spirit that is generous and informative. If I can do that with an artwork by a simple gesture of putting black soap in the bathroom then I’ll take that opportunity. 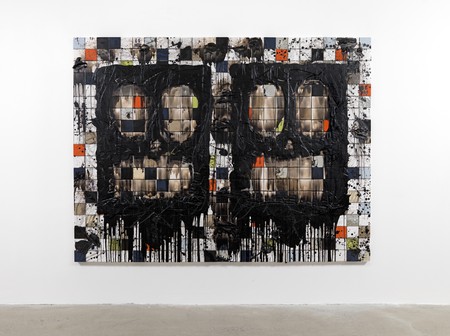 CT: What would you like visitors to leave with?

RJ: I really do believe that an audience is incredibly competent. People, whether they are more knowledgeable about the history of art or not, have an incredible level of sophistication and ability to tap into that sophistication when they look at art and art objects. I’ve had conversations with many different types of people here, whether it be taxi drivers, the gardeners or art historians, that have all brought up interesting questions about the work and how it fits into their lives. So I don’t ever see a necessity to dumb things down or to panda, because I really think that is condescending.