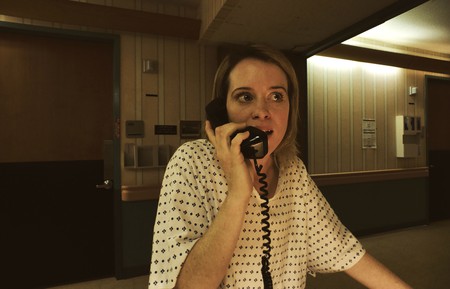 iPhone users love their phones, and for good reason. Over the years, Apple has taken the best mobile technology out there and packaged it in an extremely easy-to-use phone, and the world has eaten it up. Now an Oscar-winning director wants to take his admiration of the latest iPhone to the next level.

Steven Soderbergh, who won the Best Director Academy Award for his 2000 film Traffic, has made a feature film using iPhones, and has said he wants to use the phones to shoot all his movies from now on.

“I think this is the future,” Soderbergh told Indiewire at the Sundance Film Festival. “Anybody going to see this movie who has no idea of the backstory to the production will have no idea this was shot on the phone. That’s not part of the conceit.” The 55-year-old director added: “People forget, this is a 4k capture. I’ve seen it 40 feet tall. It looks like velvet. This is a game changer to me.”

The trailer for the movie, which is a horror called Unsane, looks surprisingly good considering it was shot using a phone. The film stars Claire Foy and is a psychological thriller about a woman who is being stalked and begins to lose her mind. She ends up in a psychiatric institution and appears in the trailer to lose all grasp on what is real and what is in her head.

Soderbergh will be releasing the movie through his own company Fingerprint Releasing and Bleeker Street.

While Soderbergh, who also directed Ocean’s Eleven and Erin Brockovich, is the most well-known director to switch to iPhones, he’s not the first. The 2015 indie film Tangerine was famously shot using smartphones, and received much critical praise. Director Sean Baker used the FiLMiC Pro app to shoot the movie, and achieved astonishing results. He also used anamorphic adapters to achieve a more professional look. Baker kept the fact that the film was shot on an iPhone under wraps until after the movie premiered at the Sundance Film Festival.