A Vacation in the Sun Aids Weight Loss, According to Science 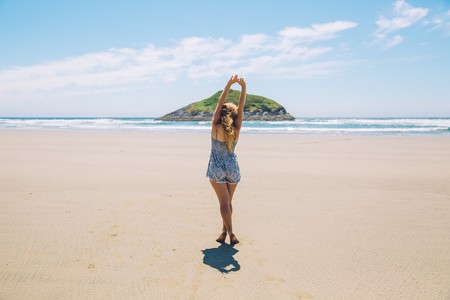 If you’ve been on a health kick since New Year, but the amount of weight you’ve lost just doesn’t seem to correlate with the extent of your virtuousness, scientists may have an explanation. It appears stubborn winter weight is partly down to a lack of sunlight.

Researchers from the University of Alberta recently discovered that our fat cells, which sit just below the surface of the skin, shrink when they receive a dose of sunlight. In the winter months, when we’re covered up and pretty much spend our days hunkered down indoors, it’s safe to assume we aren’t getting enough sun, and no amount of gym time can compensate for that.

Peter Light, study author, professor of pharmacology and director of the Alberta Diabetes Institute explains it like this: “When the sun’s blue light wavelengths—the light we can see with our eye—penetrate our skin and reach the fat cells just beneath, lipid droplets reduce in size and are released out of the cell. In other words, our cells don’t store as much fat.

“If you flip our findings around, the insufficient sunlight exposure we get eight months of the year living in a northern climate may be promoting fat storage and contribute to the typical weight gain some of us have over winter.” 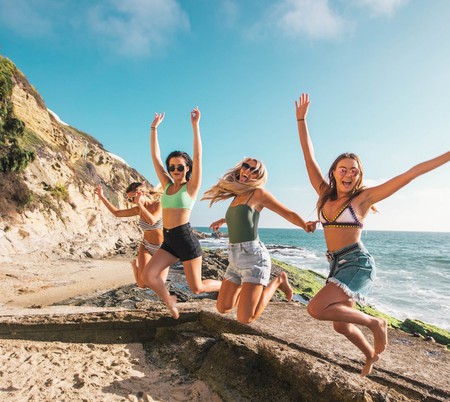 Light cites this as a potential contributing factor to the current obesity epidemic, especially among children. Younger generations are spending more time playing computer games indoors, and less time outside. Not only does that mean less physical activity, it also means fewer hours of sun exposure.

The good news is, a week or two spent soaking up the sun in a warm climate just might boost weight loss.

But don’t take that as an indication that you should leave the sunscreen at home. Peter Light adds that “we don’t yet know the intensity and duration of light necessary for this pathway to be activated,” and the health risks of sun exposure need to be considered alongside the benefits.