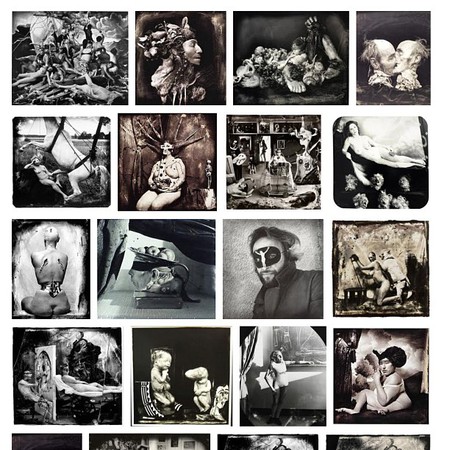 American photographer Joel-Peter Witkin confronts the macabre facts of existence that people often fear. Acclaimed for transforming the traditionally ‘grotesque’ into art, his new work titled The Great Masturbator And The Country He Rode In On (2017) comments on the appalling status of modern-day America.

Joel-Peter Witkin’s aesthetic recalls both the tableau and sentiment of a Victorian memento mori daguerreotype. Through the careful placement of symbolic objects and dismembered body parts, themes of death, temporality, and marginalization regularly dominate Witkin’s oeuvre.

In his most recent work, ‘the grotesque’ is in reference to the perversity of megalomania. The Great Masturbator And The Country He Rode In On depicts Donald Trump, nude (except for a rather ineffective corset), sitting on an American flag that’s been draped over the ‘back’ of a gigantic penis, akin to a horse. 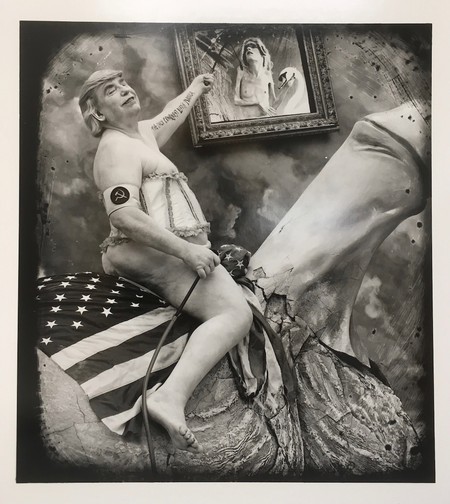 Joel-Peter Witkin, The Great Masturbator And The Country He Rode In On, 2017 | Courtesy of the artist

Trump’s left arm is extended, with the words “The Only Conquest Left Is Ivanka” written on his skin. “On his right arm, he is wearing the symbol of Communism, the secret agenda Russia is promoting today under Putin,” Witkin explains. “And for reasons as yet unknown, all of us look forward to know why Trump is Putin’s marionette.” The positioning of the Communist symbol could also refer to the way Hitler wore a swastika wrapped around his arm.

“Trump is a child living in a narcissistic hollow man—with the power to destroy the world,” Witkin tells Culture Trip. “[He] is not qualified to be President. His election to that office represents the ignorance of the American electorate and the corruption of our political representatives.”

As a citizen of a country that has become “the laughing stock of the world,” Witkin—a self-proclaimed “artist from the egg”—translated his frustration and anger into a complex photographic composition. As is his stance on confronting death, Witkin urges that “it’s time to shine light into that darkness.”

The artwork took several months to construct. “I made this photograph because I am involved in mankind,” Witkin explains. “Where are our elected leaders—the Lincolns; the Kennedys of today? Where are our citizen heroes—the César Chávez’s; the Martin Luther Kings; the Rosa Parks’ of today?”

But not all is lost. To find beauty in the darkness, work to “remove the glaucomic film of Relativism from your eyes, heart, mind and soul,” Witkin advises. “Then you’ll find purpose and beauty in yourself.”