A Brief History Of Grits 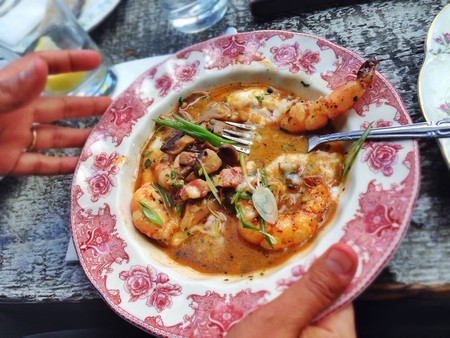 Grits have been a staple in the Southern diet for centuries. First introduced by Native Americans in the 16th century, grits have been transformed from a traditional breakfast item to a popular dish seen on menus nationwide. Using stone-ground corn or hominy, true grits are boiled and mixed with butter and milk – most often seen served with shrimp – but there have been several contemporary variations that have made their way into the spotlight.

Before ships set sail for the New World in the 17th century, the native peoples in North America were already eating a soft, mashed corn (or maize) – a dish that was introduced to European explorers in 1584. During surveillance of the new lands in present-day Roanoke, North Carolina, Sir Walter Raleigh and his men dined with the local Natives. One of the men, Arthur Barlowe, wrote about the ‘very white, faire, and well tasted’ boiled corn served by their hosts. Less than two decades later, this year-round staple – called ‘rockahomine’ by the Natives, later to be shortened to ‘hominy’ by the colonists – was offered to the new settlers in Jamestown, Virginia, when they arrived in 1607. The Natives taught the colonists how to make the dish, and it quickly became a part of the American diet. 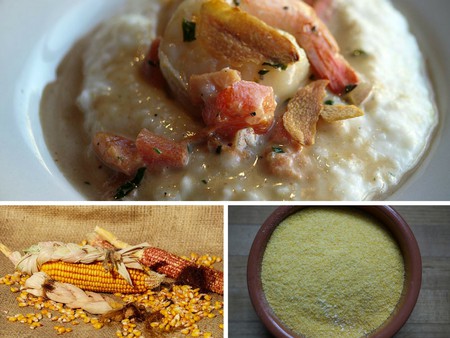 Grits continued to gain popularity in the South. Within a few centuries, it had become a tradition for nearly every Southern state, especially in the ‘Lowcountry’ of South Carolina. With its proximity to the sea, grits became a simple breakfast for coastal fishermen, who added shrimp to the otherwise simple pot of grits. Today, this same dish can be found on menus across the US, with a majority of the nation’s grits coming from the ‘Grits Belt’ in the South. In 1976, South Carolina declared grits the official state food, stating that grits is a ‘symbol of its diet, its customs, its humor, and its hospitality… [and it] has been a part of the life of every South Carolinian of whatever race, background, gender, and income. A man full of [grits] is a man of peace.’