A Brief History of Carmel-by-the-Sea, California 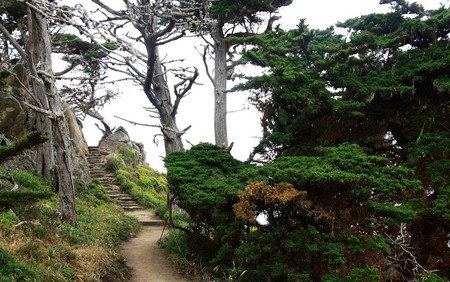 Since its founding, Carmel-by-the-Sea has been taking visitor and residents’ breath away with its charm and oceanside beauty. Among Carmel’s romantic allure, there’s a long history to this small town just outside of Monterey. It’s one of the world’s most remarkable meetings of land and sea, with a story just as interesting and imaginatively original.

One of the first to step foot on what is now Carmel-by-the-Sea was Spanish explorer Sebastian Vizcaino who anchored his ship just outside of Monterey Bay in 1603. Once he made it to land and discovered a beach and a river, Vizcaino named it Carmelo in honor of the three Carmelite friars that were travelling with him. 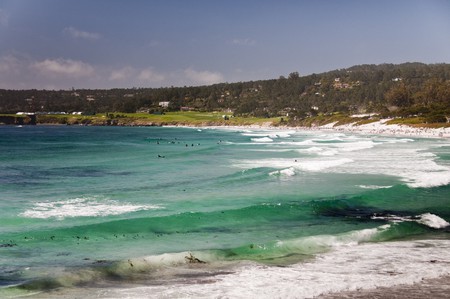 It took another two centuries for the land’s first mission to be established. In 1771, Father Junipero Serra established Mission San Carlos de Borromeo that overlooked Carmelo, the same beach and river Sebastian Vizcaino had discovered. That very mission, now called Carmel Mission, still stands today and is one of Serra’s nine California missions as well as his final resting place. 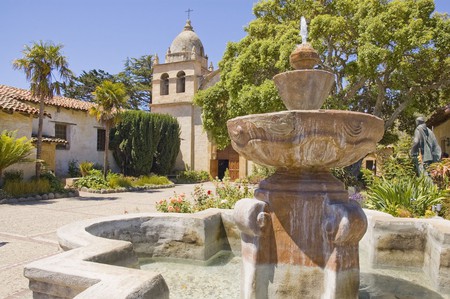 For years after Carmel-by-the-Sea’s first establishing, there really wasn’t anything about the small settlement that could compare to its seascape. The beautiful backdrop of the Pacific Ocean was all that was needed to bring people swooning to the area.

Finally, once the 1900s started, an idea struck Carmel’s own J. Frank Devendorf and Frank H. Powers. These two men, who were responsible for the Carmel Development Company, decided that what Carmel-by-the-Sea needed was an addition to its already picturesque backdrop.

The two men ordered 100 cypress trees to be planted throughout the barren farmland along Carmel’s coast. And their ideas and plans for the town didn’t stop there either. One of the most prolific designers and builders of the times, Michael J. Murphy, was invited by Powers and Devendorf to build his home in the newly cypress-laden Carmel-by-the-Sea. The house was built in 1902 and though not realizing it then, this set the tone in a way for Carmel’s current romanticized appeal to creative types. Murphy’s house still stands in town today and is known as “The First Murphy House” and serves as Carmel’s Welcome Center.

Though not yet an official city, Carmel-by-the-Sea’s tourism grew immensely over the years. But its own population didn’t begin to grow along with the tourist census until disaster hit north of Carmel and the Monterey Peninsula. One of the biggest spikes in Carmel’s populous stemmed from San Francisco’s 1906 earthquake. The devastating earthquake forced many San Franciscans out of their nearly destroyed Bay Area city. Most of these people happened to be artist types and sought refuge in the Monterey Peninsula and the cabins and other shelter in Carmel-by-the-Sea, which would lead to Carmel’s deepening artistic culture. Some of Carmel’s earliest residents even include world-renowned poets and authors like Jack London, George Sterling, and Robinson Jeffers who lived in tents in Carmel’s undeveloped woods.

Carmel-by-the-Sea was finally incorporated as a city in 1916, with a population of almost 450 lucky residents. To add to the already impressive list of talented creatives that called Carmel their home, the populous included authors like Mary Austin, Lincoln Steffens, and Sinclair Lewis. And in 1924, after falling in love and marrying a Carmel doll maker, Hugh Comstock designed a fairytale-worthy cottage as a house for his wife’s handmade dolls. Comstock wasn’t an architect, nor was he even a designer of any sort; yet he designed and built a 400-square-foot cottage that tugged at Carmel residents’ hearts so endearingly that it became a high demand of real estate. One Carmel man’s decision to honor his wife, turned him into one of the city’s most legendary people. His collection of cottages became known as “Hugh Comstock’s Historic Hill District.” The remaining 21 cottages are one of Carmel’s most adorable attractions. 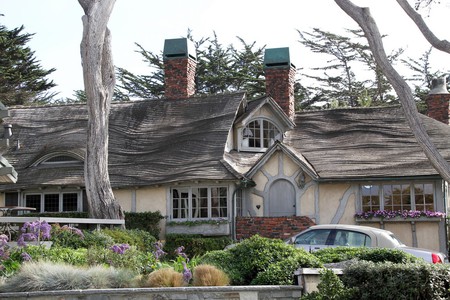 Comstock certainly wasn’t the last of Carmel’s talented. The city became home to some of the most talented visionaries, just as it was developing as a city. Most of Carmel’s historic and charming layouts are thanks to many other gifted architects, designers, and artists. The 1940s and 50s in Carmel were filled with one of a kind constructs, landscapes, and art pieces. Galleries, exhibits, and even a music society popped up and lined the streets through the 1960s.

The spotlight on Carmel shined brighter than ever in 1986 when Hollywood film star Clint Eastwood publicly ran for Carmel’s mayor position. Eastwood was a resident himself and was actually elected Mayor of Carmel, serving one two-year term. Eastwood’s election and publicity made Carmel known all over the world. While serving his mayoral term, City Council meetings couldn’t be held at the traditional Carmel City Hall because of the large crowds that gathered. Nearly 30 years after his election, Eastwood even made an appearance as the Grand Marshal at Carmel’s Centennial celebration in October 2016. 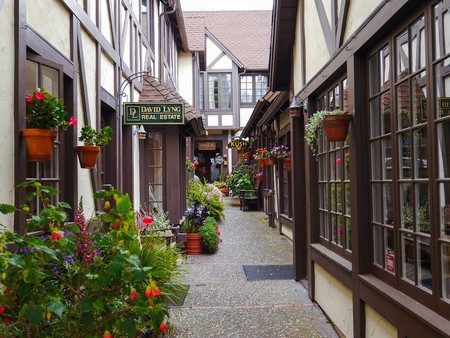 The long history of Carmel, its hub of bohemian creatives, and its seaside whimsy has captivated tourists, residents, and travellers alike. A centuries-old place that even felt like home to devastated outsiders and built its artistic culture literally from the ground up, Carmel-by-the-Sea has a history and community that attracts people from around the world.